With the London meet-up in less than a month, I’ve been preparing madly. Part of this preparation involved getting a set of custom TV Heads (from @krash_override) for the paid participants! If you’ve been following Toy Photographers for a while, you will almost certainly have seen these guys around. Since they made their way out into the world, there’s a amazing photos and a few great characters associated with them. Take a look at @teddi_toyworld or Janan’s #tinytoddtravels to see just two examples of this figure in use!

When ordering the figures, I decided that I needed a couple of them for myself. My only regret is not buying more! Have you ever had to make a tough decision over what toy to buy? I have 15 amazing customs sitting in my house, and I could only pick two!

Out of the 15, there were three that I really liked. To help me decide just which two I was going to claim (organisers perk!), I thought making a character for them would help. This was inspired by Shelly’s post last week about creating characters for her Chima figures. I figured if I could come up with a backstory for them, I could work out which two worked best for photos and would give me the most satisfaction to shoot. 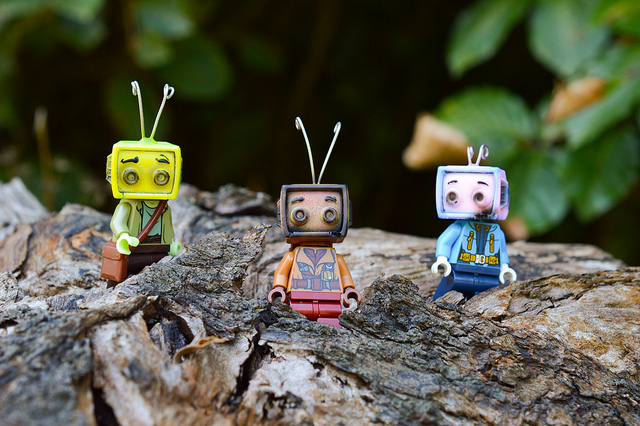 I took all three figures and a box of accessories out into the garden and played with them. In the end it worked amazingly well and I made my decision pretty quickly once I had all three in hand. What follows is the mini backstory I came up with for the two figures I picked! It started out pretty simply in my head with the basic ‘best friends’ idea, and I have evolved it from there! Sometimes all it takes is that single idea to get the ball rolling! Expect to see a lot of these guys over the coming months!

Adventures with Edward and Sam 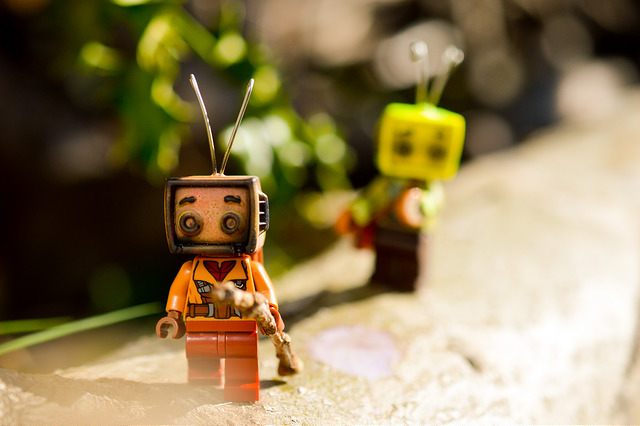 Heading out on the road!

Edward and Sam are unlikely best friends, fresh out of the TV Head academy. They are now headed out into the big wide world to explore. 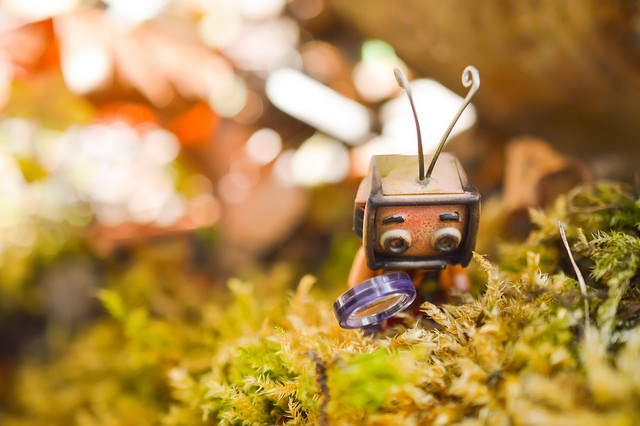 Ed is a curious TV Head, eager to investigate everything he comes across. He’s spent his life so far searching the world for the small and interesting things to be found. Insects, moss, tiny rocks, you name it, Ed’s investigated it! He carries a lot of these interesting finds in his many pockets.

All this curiosity meant Ed was top of his class at the academy, and sets the example of what every good TV Head should be! Adventurous and ready to explore, he is well equipped for all that might come his way. He wants to prove to the world that he has what it takes to be the most awesome TV Head in town. This sometimes makes him a little too driven, and a little snooty to those who get in his way. He’s working on it.

Despite his drive to prove himself, he does have one soft spot: he cares for his childhood friend, Sam. Even when Sam is less than the best, Ed makes sure to pull him along with him, making sure that he isn’t left behind. Ed won’t admit it, but he would do anything to make sure Sam stays by his side! 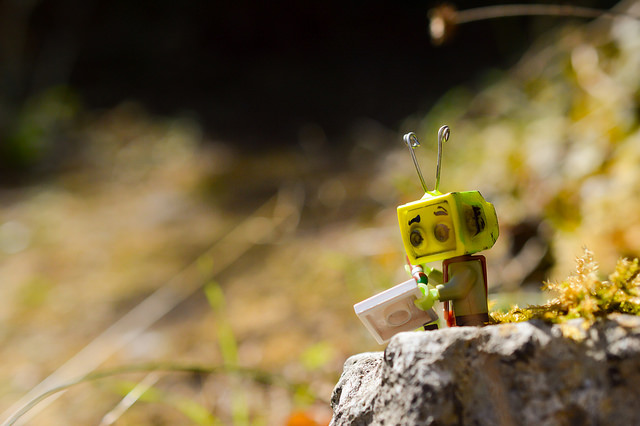 Sam has always been a bit downtrodden. The world hasn’t always been kind to him, and has left him confused by many things that go on. He can’t understand why his green skin makes him different, and why he should wear neat and tidy clothes. He would rather be painting or writing than dealing with anything else he might have to worry about!

Whilst Sam might not look like the perfect TV Head adventurer, he is well aware of his duty to his friend Ed. Sam might not be the most curious of TV Heads, but he is always willing to carry packs and help out. Sam’s hobby means he’s there at hand to draw and paint Ed’s discoveries, helping record all he finds.

Sam also has an appreciation of good cookies, and is often found following Ed along with a trail of crumbs behind. Make sure to have snacks to hand if you want to keep Sam happy!

Have you ever had trouble choosing a toy to photograph? Did coming up with a character and story for them help? Let me know in the comments!

Do you want more Toy Photography goodness in your inbox every weekend? Then sign up to our newsletter now!