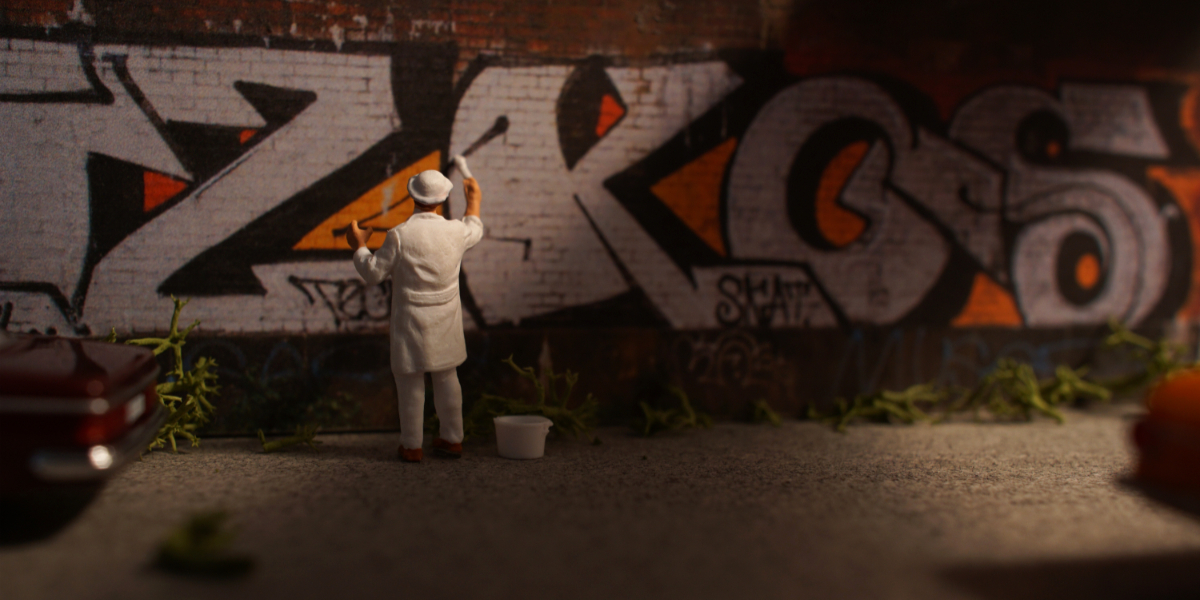 We’re toy photographers, so it is not difficult to determine our place in the world of pictures. Or is it? In a thought provoking post, Shelly Corbett raised the question if we see ourselves as Pictorialists or Straight Photographers. My first reaction was – not to answer this question at all. But it kept nagging at me. So I tried: ‘Though my pictures might not show it, I am a Pictorialist at heart.’

Am I a Pictorialist?

But that did not quite seem to cover it. And I wanted to know why. Do look into the matter, let’s reiterate what’s what. Let me start with the difinition Shelly found:

Pictorialism: “Pictorialists took the medium of photography and reinvented it as an art form, placing beauty, tonality, and composition above creating an accurate visual record. Through their creations, the movement strove to elevate photography to the same level as painting and have it recognized as such by galleries and other artistic institutions.” (The Art Story)

“Placing beauty, tonality, and composition above creating an accurate visual record” – isn’t that what I am trying to do? But then Shelly continues, “to achieve their artistic visions they utilized all the darkroom tools at their disposal. They even made up a few techniques along the way.” Which is something I definitely don’t do. If anything, I seek to reduce editing to a minimum. I try to ‘correct’ the little flaws our toy figures come with, in order to make them look ‘straighter’, in a way.

So where does that leave me? I guess the issue calls for a closer look: As far as I understand, Pictorialism used art of its own time as a point of reference. Since this movement emerged around the turn of the century, that might have been paintings by Constable and Corot, among others. Apparently, the major claim was to imitate the effect of nature on the human eye. Pictorialism apparently positioned “art” versus “science”, expression versus representation.

Looking into some of my favourite artists

Since then, the arts have evolved a great deal. It’s not just that photography is widely accepted as an art medium. In addition, artists like Jeff Wall, Gregory Crewdson and Gerhard Richter seem to question everything we thought we knew about realistic pictures.

Wall‘s pictures are staged, documentary and spontaneous as they might appear. They also “sharply depict the scene or subject as the camera sees it”, much as The Art Story decribes straight photography. Yet it seems to be the picture, the art that Wall has in mind. I would, in fact, rahter call them pictorialist.

In my eyes, Crewdson is similar to Wall (Susan Bright’s Art Photography Now [London, 2006] labels both “narrative”). His pictures actually raise the question if ‘it could have happened like we see it right here’. Since this issue seems to be incorporated into his pictures, they might in a certain way be less deceptive than Wall’s. Still, they depict something other than reality (i.e., fiction) in a very ‘straight’ style.

Richter paints pictures that look like photographs (e.g., his war plane pictures and also some of his landscapes), and he uses photographic prints to paint on. He seems to travel between the media, no longer asking if photography can be art. His art challenges both the way we look at things and the way we look at pictures of things. If a picture substitutes something else, his Stukas substitute both the airplanes and a photograph of said airplanes. (I’ll cut it short here, there’s so much to be said about Richter … he uses motion blurs to imitate photographs in his painting. It’s brilliant!)

The three artists I came up with seem to be both if we stick to our definitions. Or neither. Maybe they point into a third direction, one that I fail to grasp – but then, I am only an amateur toy photographer trying his best to get his visual ideas on a chip.

Maybe feeling like a pictorialist though my pictures may look like straight photography is a valid proposition after all.

Abstract arts lover, Jazz enthusiast, mystery buff, compulsive reader - and how do I get it all into pictures? Photography has been a good way over the last couple of years.
View all posts by Tobias M. Schiel →