It’s no secret that I like beer. And I like toy photography. So, when a chance meeting at my local bar led to the offer to collaborate with a craft beer reviewer and photographer, of course I jumped at the opportunity!

Let me explain. One day I was at my local bar “Big Ears” sample one of their many fine craft beers. Sitting at the bar, drinking a particularly fine sour ale, I struck up a conversation with a fellow beer nerd, Tommy. We shared tales and Instagram links.

Tommy is a craft beer reviewer and photographer. After that meeting we’ve chatted online about beers. Then one day, Tommy messaged me about photographing toys with a beer. A beer with Star Wars themed can art! Beer. Star Wars. Toy photography. And the chance to collaborate with another photographer. Or as I’ve dubbed it, “colla-BEER-ate”! How could I say no?

So, we met at Big Ears with our gear, drank a beer and chatted about the photo shoot. Tommy explained what he has hoping to achieve with the photos and how including a Storm Trooper would add to the story he wanted to tell. A photo telling a story? Where have I heard that before? 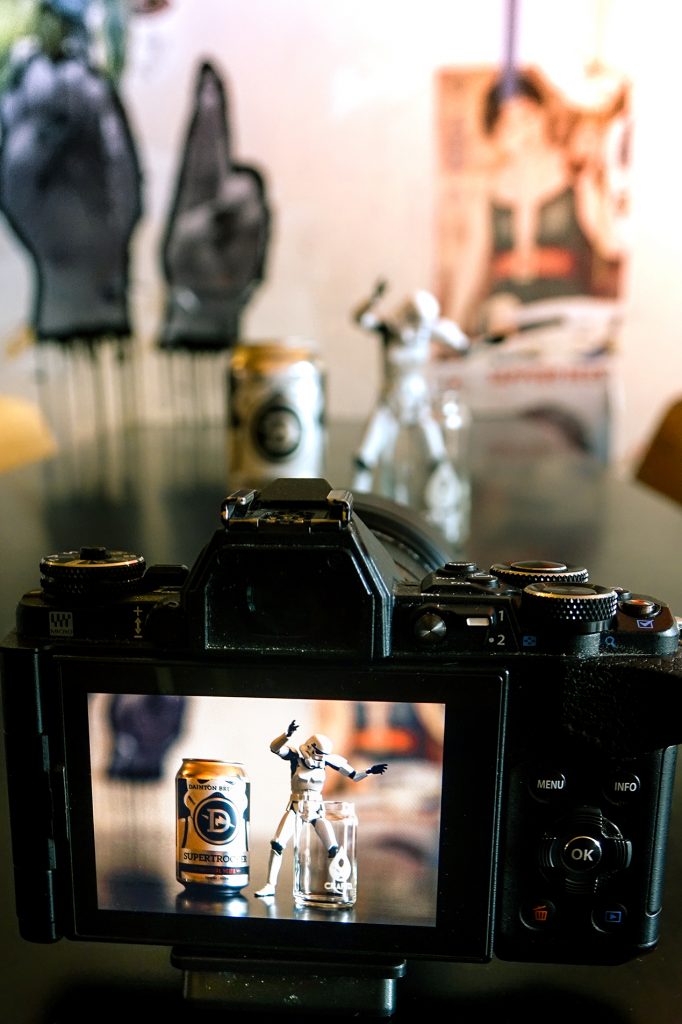 As Tommy positioned the can, set up his camera, took a few test shots, adjusted the can, adjusted the camera setting, added a bounce card, took some more test shots, it became immediately apparent that what he was doing was just what I did. Tommy with beer, me with toys. OK, posing the beer can by simply rotating it a smidge took less time than it me to get the Revoltech Storm Trooper’s pose right. But we were both adjusting the posing of our subject matter. 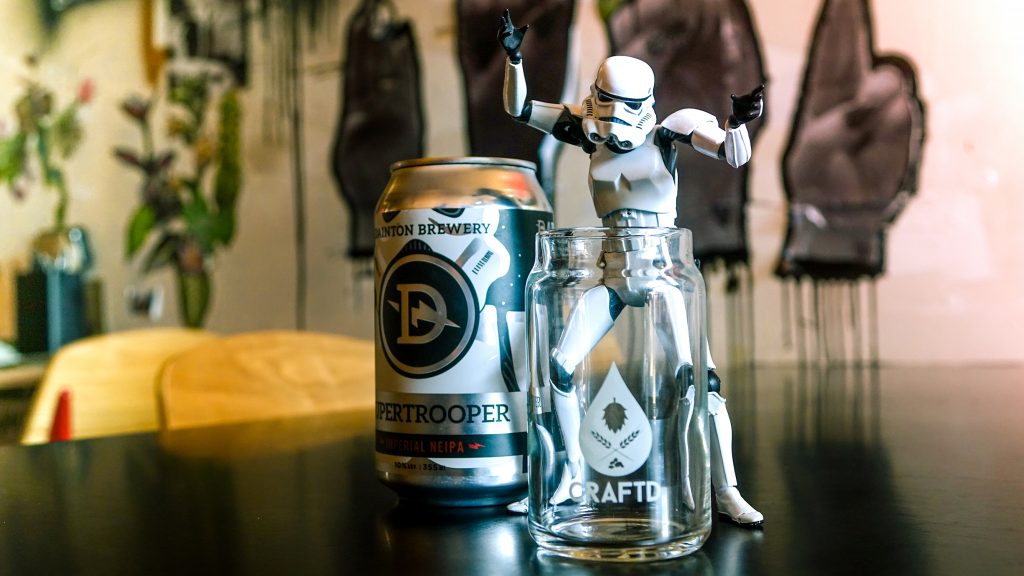 The notion that Tommy wanted the photos to tell a story is something I hadn’t considered with beer photography. But as he elaborated, it sounded like me explaining the thinking behind a toy photo. Tommy with beer, me with toys. 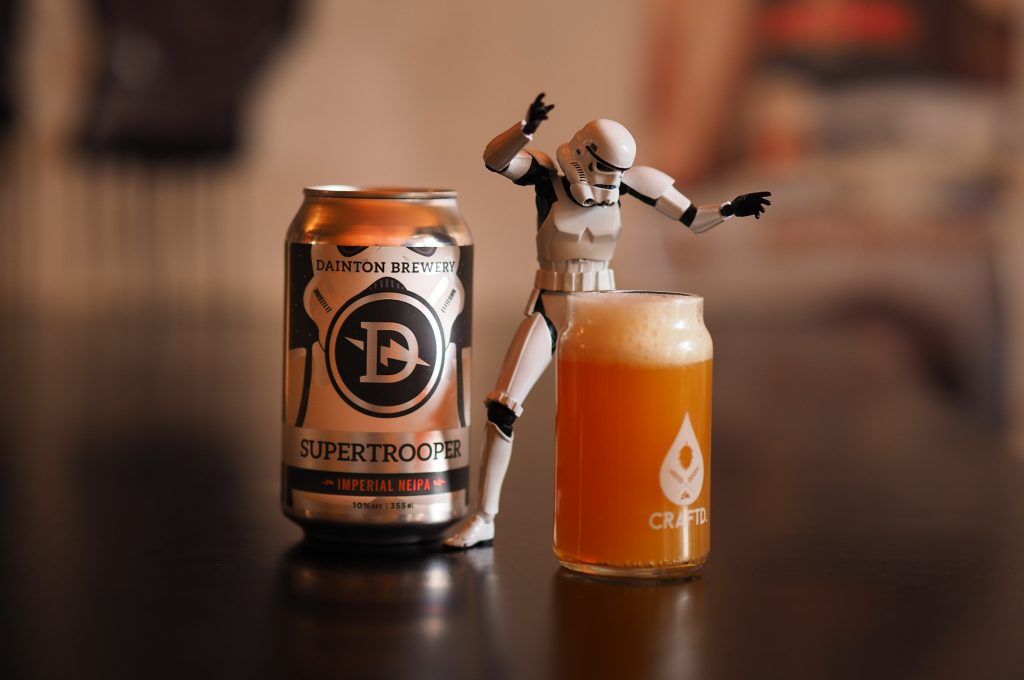 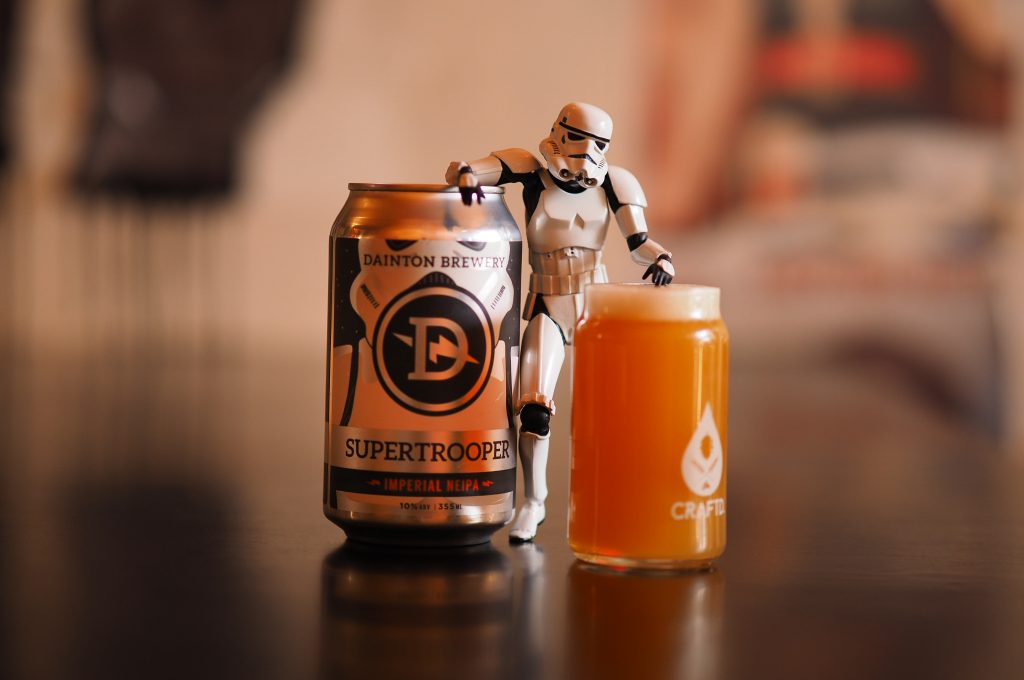 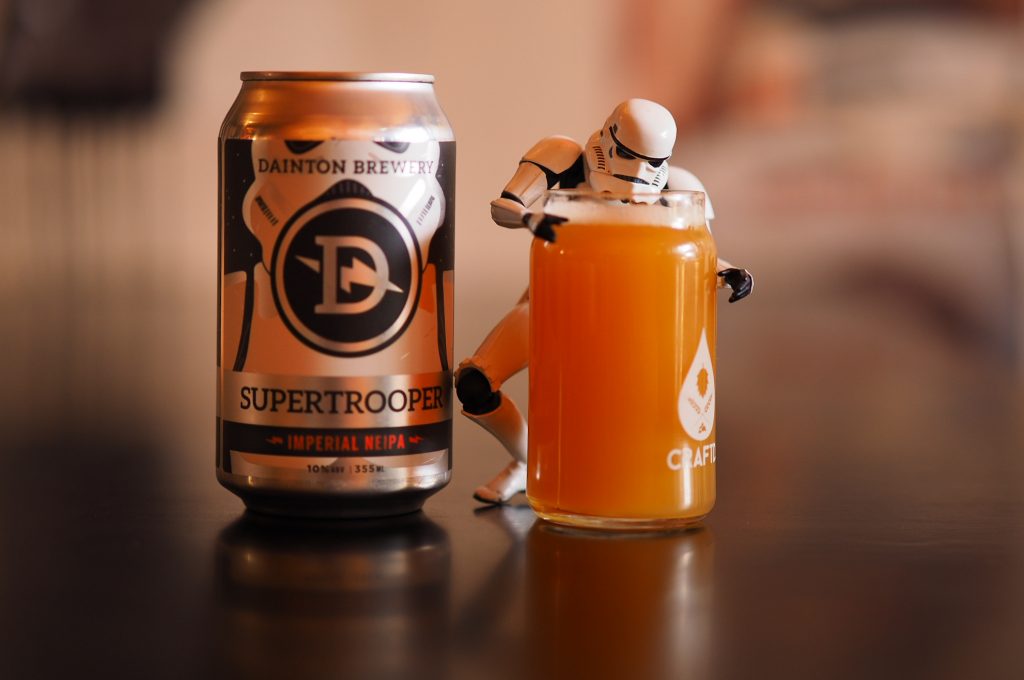 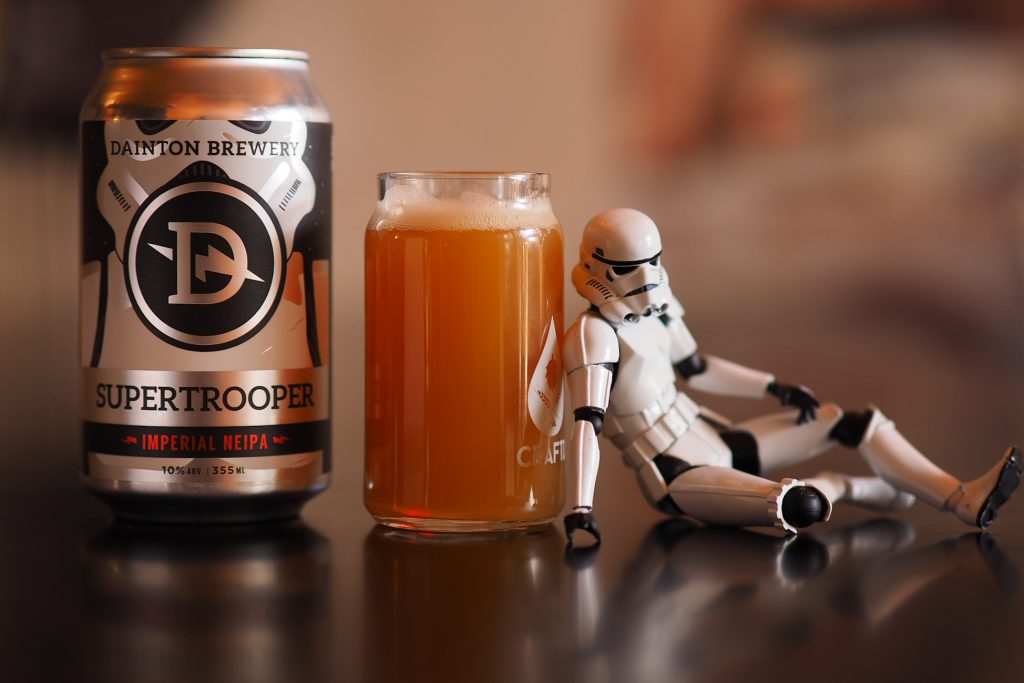 For those wondering what the Dainton Supertrooper Imperial NEIPA is like, it’s a big, thick, juicy, hoppy, beast. At 10% ABV and 71 IBU it packs more punch than that farm boy and his cool light sword! Or you could check out Tommy’s post, and read a proper beer review, and give it some Toy Photographers love!

Cheers Tommy for the chance to colla-BEER-ate with you on this photo shoot. And a huge cheers Ainsley and Big Ears for letting us take over the tables with camera gear, toys, and beer.

Want to stay update with everything that happens on Toy Photographers? Subscribe to our weekly email round up so that you never miss a post. While you’re subscribing, do the same for the podcast! And be sure to check in on our communities on MeWe and Flickr.