I have become a fan of collecting and displaying prints of my favourite contemporary artists on my studio walls.  I started doing this because I liked their work, and wanted to help support them by buying a print of their work.  However I also found that they have become a source of inspiration.

A case in point is a piece of art work by Sunny Ang, aka: zekeszachzoom.  This is the image: 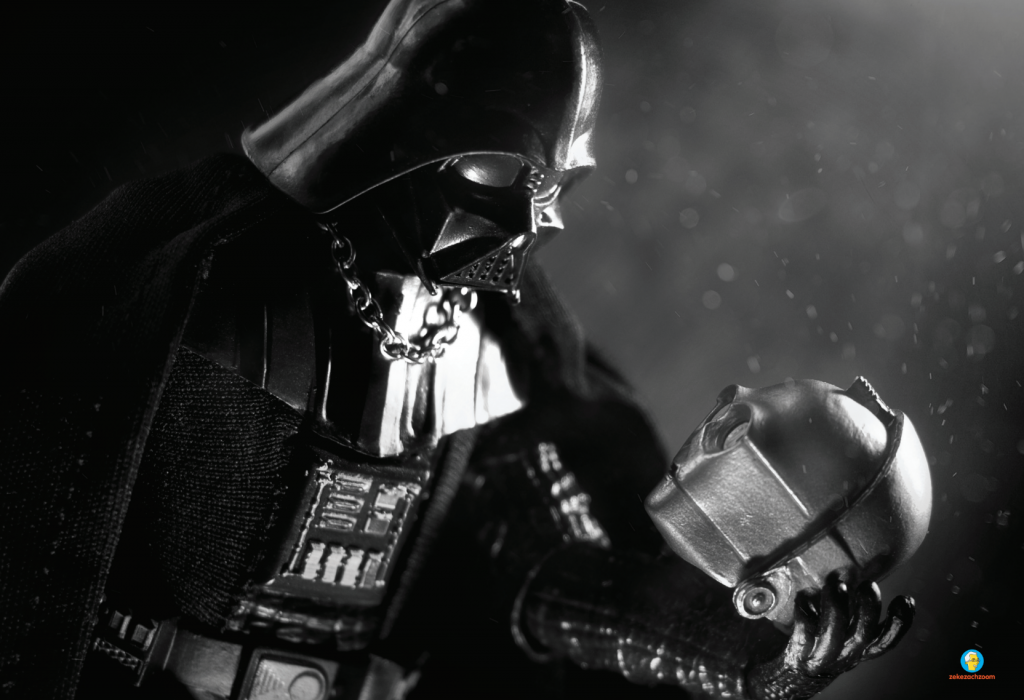 Vader and C3P0 by zekezachzoom. Copyright by Sunny Ang, used with permission.

When I first saw this print come across social media, I fell in love with it right away, and immediately contacted Sunny Ang to buy a print (really a license to print my own, as he lives on the other side of the world, and shipping is expensive).

It now proudly hangs in my studio: 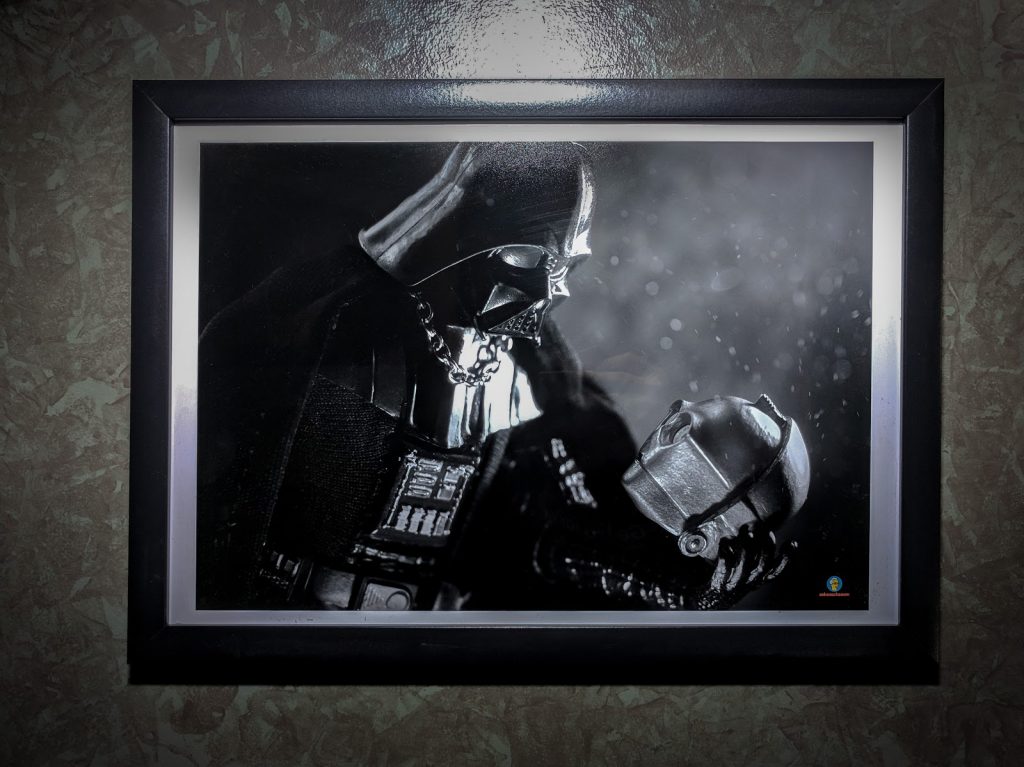 The print as it hangs on my studio wall.

What I Liked About The Image

The moment I saw this image I fell in love with it.  It works on so many levels.

First of all it is the classic riff on the “Alas, poor Yorick”  scene from Hamlet.

Second this is a scene that could have actually happened when Darth Vader was on Cloud City over Bespin… and C3P0 was conveniently dismantled at the same time.  So it is not a stretch to think they would have been in the same room at the same time.

Finally Anakin, who would become Darth Vader, created C3P0, which means the next line in the play “I knew him, Horatio” is a totally legit thing to have been said (assuming one of the Storm Troopers was named Horatio, which granted is a stretch, but this is fiction about galactic empires and space wizards, so why not have a Stormtrooper named Horatio?  We have one named Finn after all.)

How The Print Inspires

The brilliance of this image is that it crosses genres, the Star Wars universe, and the classic Shakespearean play Hamlet. It also touches on a wide range of quintessential plot points in both stories, but presented in a very simple way.  It is excellent story telling.

Good story telling often comes from mixing genres, finding a common element, and crafting a new story on those elements.  For someone like myself that values story telling in my work, this is an important message to be reminded of on a regular basis.

I could have bookmarked this image to look at online whenever I wanted.  However if I did that I would not come across it on a daily basis. Luckily this print sits above the location where I charge all my batteries, so I get reminded of the lessons I took from this image regularly.

And thus is why I am a big fan of collecting prints from artists I admire.

If you would like to own your own prints of Sunny Ang’s work, visit his website. zekezachzoom.com