A few months ago I wasn’t that keen on BrickHeadz. Then I got the Go Brick Yourself set, which was lots of fun and I had a great time photographing it! As did a lot of toy photographers when they got to build themselves at the Oregon toy safari!

This led me to look at the Harry Potter BrickHeadz in a new light! Originally I thought they would just be more collected Harry Potter shelf items. I can’t resist Harry Potter merchandise, so it wasn’t a question of not getting them, but it was a question of would I ever want to take their photos!  I mean, we just got a complete range of minifigures to shoot! Won’t I have too many other cool things to play with? But actually, despite my initial reservations, I have to say that I’ve been really impressed by these models, as despite being completely unposeable, they look really good out and about! They were also a great, quick fun build whilst watching the telly. I’m not going into the details of these figures, but you can find out all about these sets over at BrickSet:

I’ve had Harry and Hedwig a few weeks longer than the other Wizarding World BrickHeadz, and so Harry was in my rucksack for a few trips out and about already.

One point in favour of BrickHeadz for the toy photographer is that they are pretty solid and don’t tend to fall apart. The worst thing that happened to Harry was that his glasses fell off. His black hair and robes also tends to show a lot of dust, but that’s not his fault! Just make sure to carry a handy dust remover brush (unlike myself, where I tried (and failed) to remove it all in post).

A second point in favour of BrickHeadz for the toy photographer is that they have a bit more presence when trying to photograph them in the real world.

Check out Harry when I took him to Kings Cross a few weeks ago! A minifigure just doesn’t have quite the same look about it in such a big public setting! I’m definitely going to be taking my BrickHeadz out and about more often! 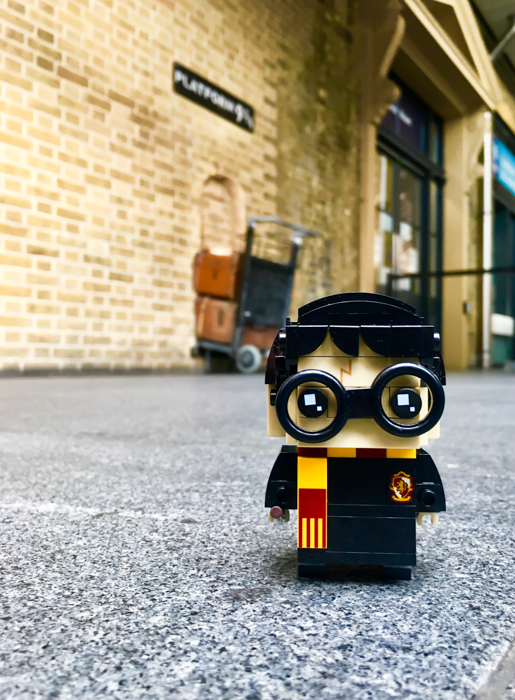 “All you have to do is walk straight at the barrier between platforms nine and ten. Don’t stop and don’t be scared you’ll brash into it, that’s very important.”

Harry comes with his owl, Hedwig. I think Hedwig is actually my favourite of the collection of BrickHeadz, and looks beautiful in the garden. I’d love to try and photograph her with a full moon in the background, although I’ve yet to work out the logistics! 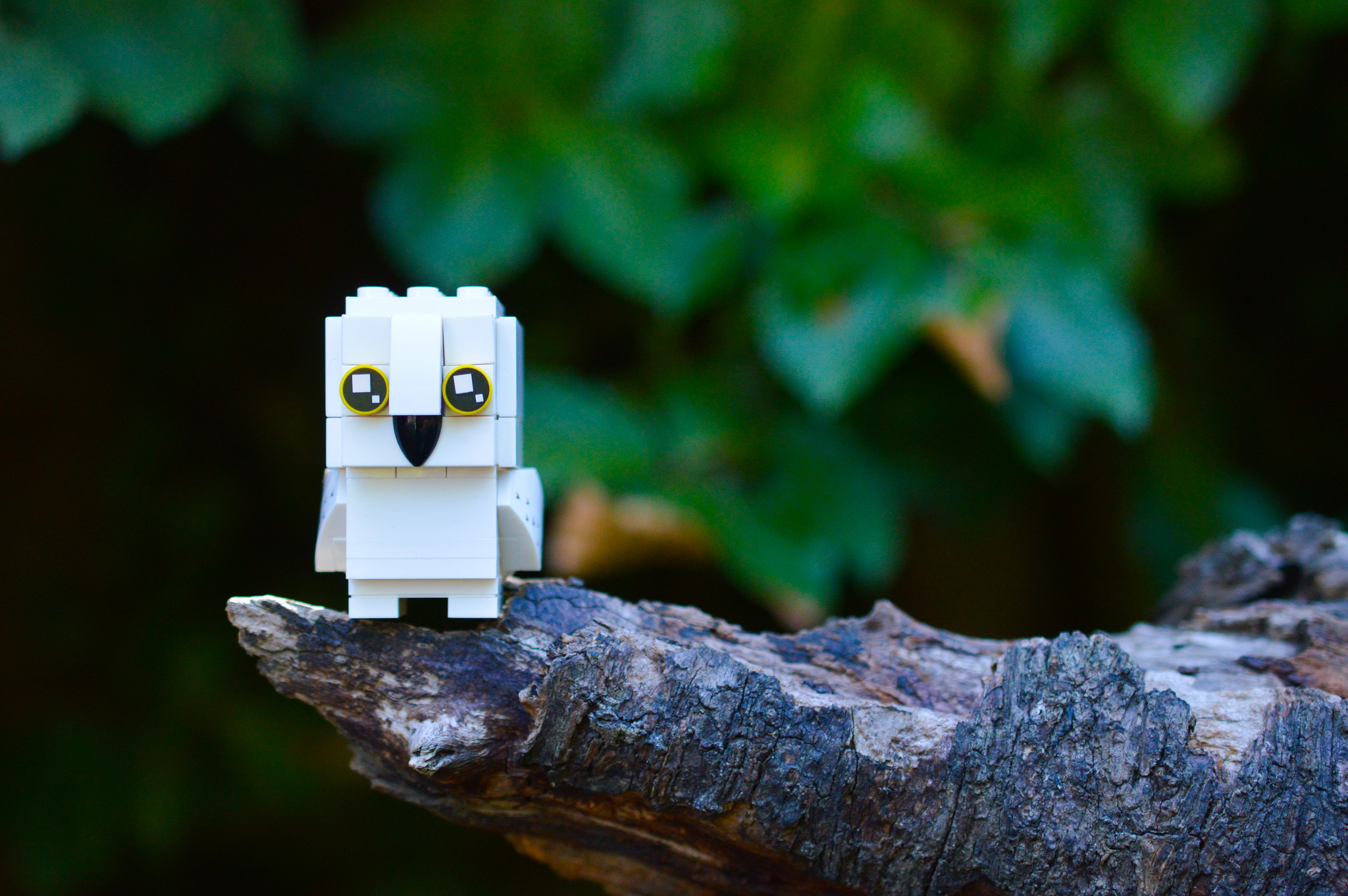 Where else would you find an owl than out in the woods?

She can also have her own pet owl if you pick up the basic Harry from the latest minifigure series. 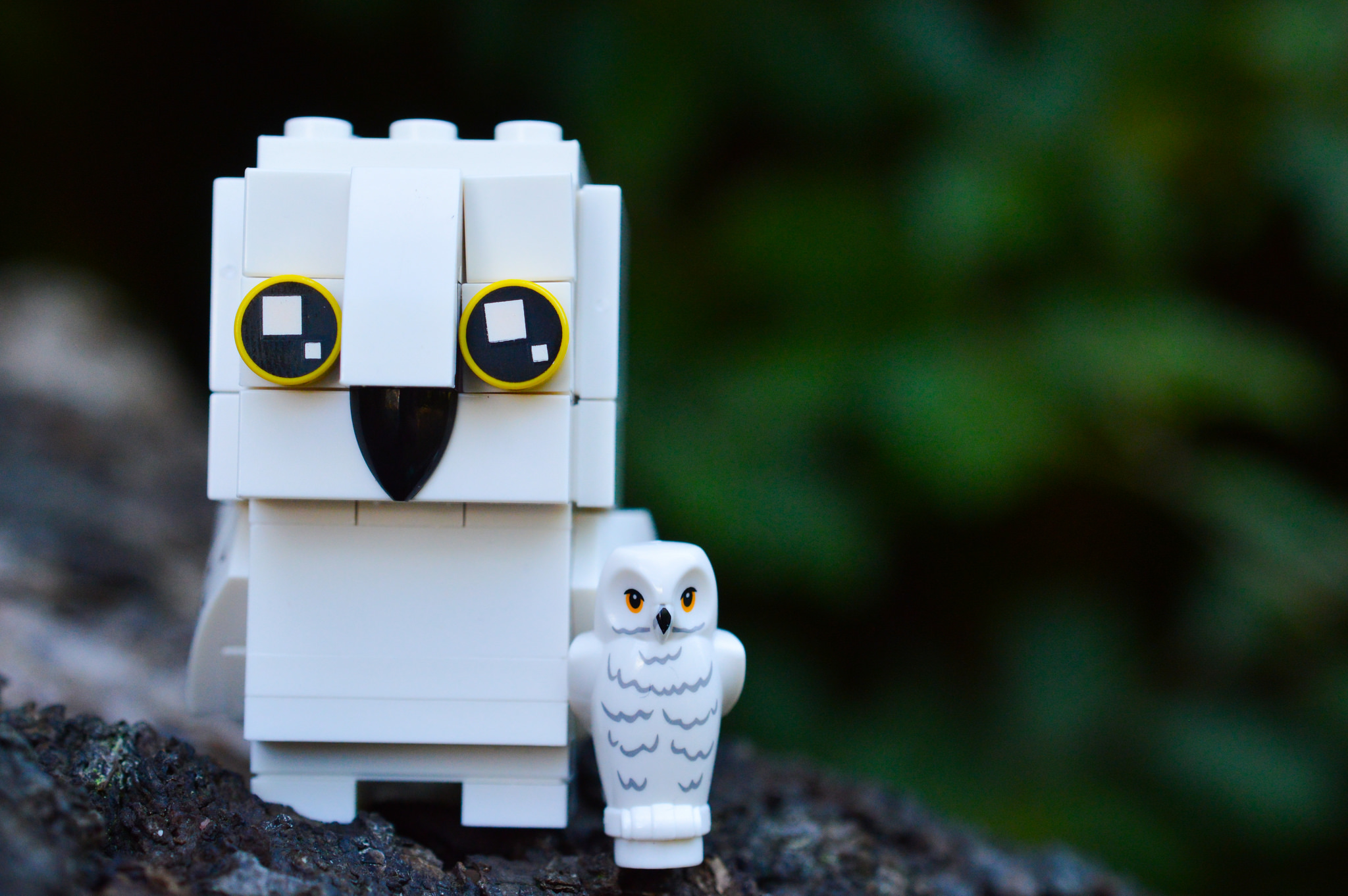 Hedwig and Hedwig snuggling up.

I really love the Hermione figure. From her really messy hair to the Charms book explaining Wingardium Leviosa, the figure epitomises the Hermione we know and love. I had quite a few hair reflection issues with this model, but she still looks great! My one question here is why is Hermione in her normal school outfit, whilst Ron and Harry are in robe with winter scarfs on! Perhaps Hermione has already mastered the ‘keeping warm’ spells! 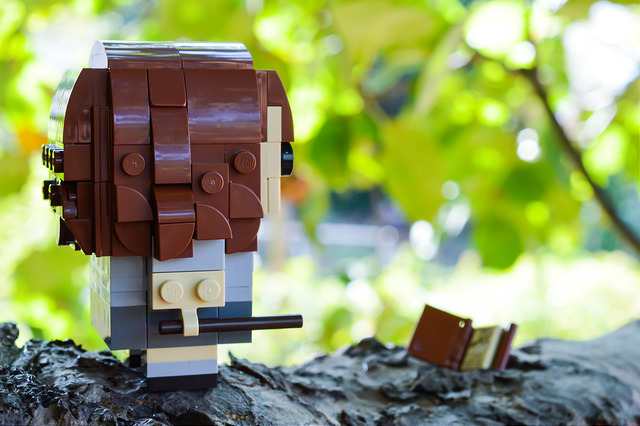 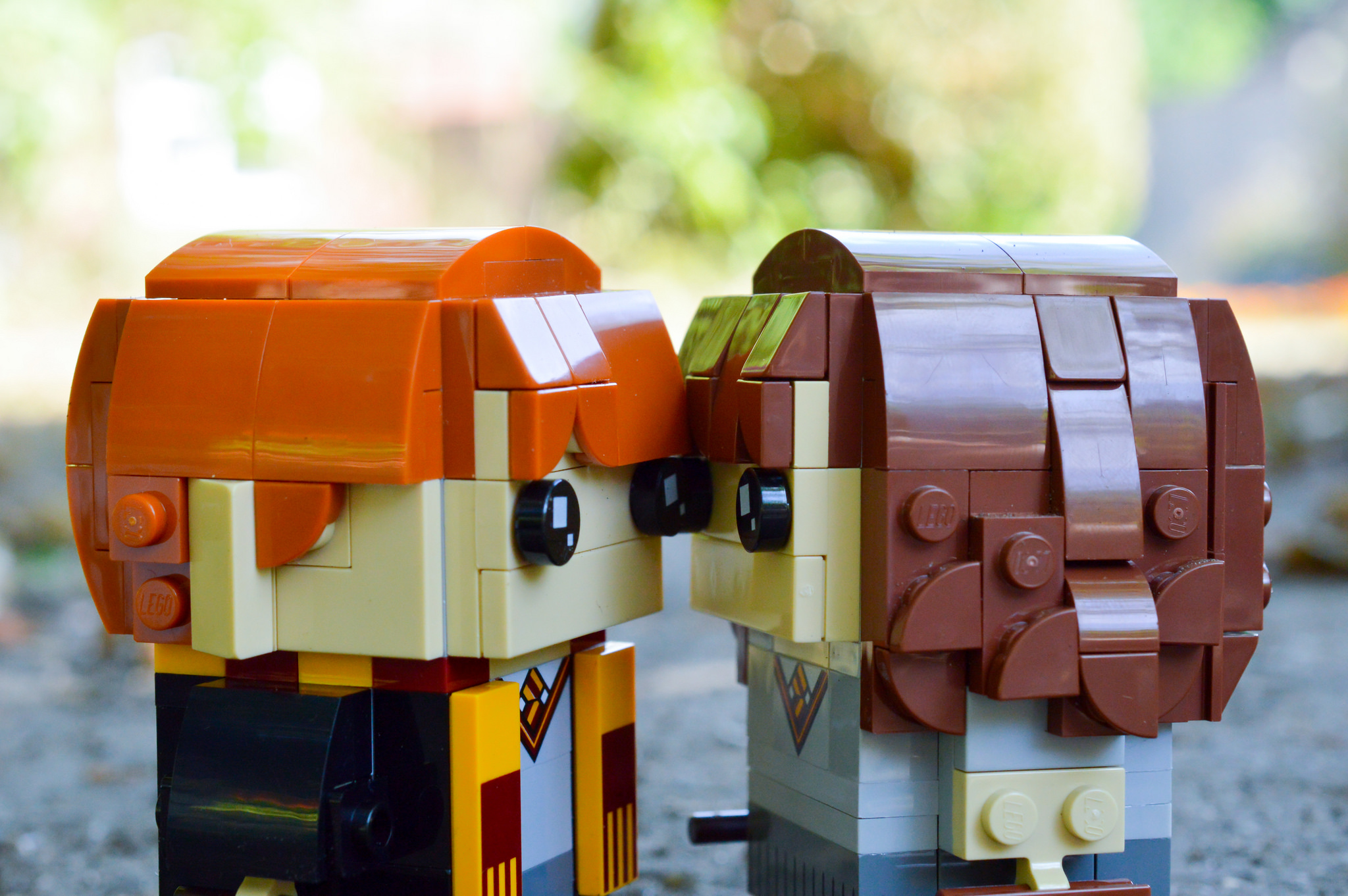 “Just because you have the emotional range of a teaspoon doesn’t mean we all have.”

The final set of Harry Potter BrickHeadz (for now?) is Ron and Albus. I really can’t understand why Ron and Albus were put together! I mean, how cool would it have been to have a BrickHeadz Fawkes instead? Next time maybe LEGO?

As it stands though, both these figures are really great little builds. With Ron’s very orange hair, he’s unmistakeable, and really pops colour-wise on photos! 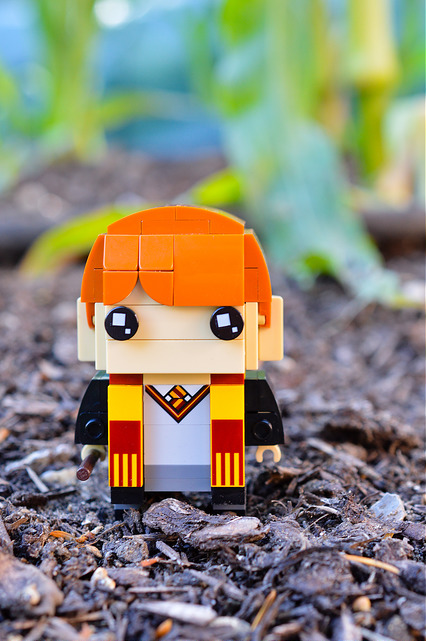 “He was tall, thin and gangling, with freckles big hands and feet and a long nose.”

Albus is a much more dignified figure, with full robes, rather than stubby little legs. With a long beard and fetching patterns, he looks every inch the Headmaster! I’m not too keen on the eye/glasses piece, and think I would have preferred a neutral colour square frame. As someone who wears glasses, I’m eager for more styles of BrickHeadz glasses to be made so I can have some variety for my SigBrickHead. That said, they do reflect his half-moon glasses! 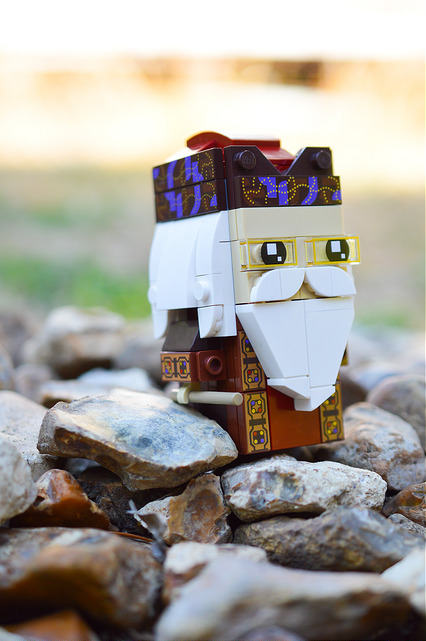 “Happiness can be found, even in the darkest of times, if one only remembers to turn on the light.”

Overall, I’ve really fallen for these figures. I think they have much to offer the Harry Potter fan, and the toy photographer. Even if you haven’t been sold on BrickHeadz yet, I strongly recommend you get your hands on at least one of these guys! How better to improve your Harry Potter shelf than adding a few of these guys? If you’re not a Potter fan, how about checking out some of the other BrickHeadz that you can now buy! There’s something there for everyone!

Do you like BrickHeadz? Have you picked up any of these for photography purposes? Let us know in the comments!

Hermione, Ron and Albus were provided by LEGO for review.