In a blind bag bind

Sometimes, you have a bad day and just need to buy a bunch of toys to cheer yourself up. Of course, shops these days are FULL of blind bag/box type toys for ‘kids’ to spend their pocket money on (or Tesco coupons in this case). So, in the interests of finding new things to photograph, I grabbed a whole bunch of different toys.

The sheer number of available blind bag toys at my local supermarket can be seen in the following slideshow of awkwardly taken photos.

Take a look below at my mini-reviews to see just what I ended up buying, and whether I would buy them again. Maybe it will help you decide whether these mini toys are worth getting your camera (and wallet) out for!

First up, we have ‘Ooshies.’ I should have figured out from the ‘feeling test’ that I wouldn’t like these. Squishy, and faintly sticky, they are meant to go on the end of a pencil. I was attracted by the prospect of some Toy Story crew, but instead I got ‘Anger’ and someone from the Incredibles (yeah, I bought two of these…)

I find them kind of disturbing, although my cranky little ‘Anger’ may have to come to work in my pencil case… 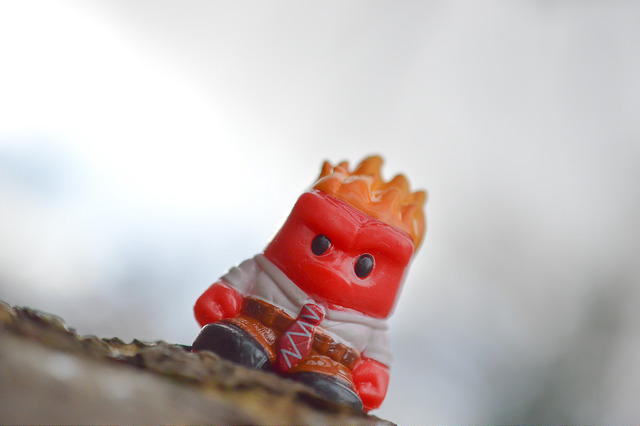 Watch out for those storm clouds!

Price: £2
Packaging rating: Average (Could just about tear it open without scissors)
Cuteness rating: 2/5 (Blah!)
Photographic rating: 1/5 (A little boring and very shiny. Also, dust sticks to them like anything!)

Would I buy it again? No. A never to be repeated purchase.

I wasn’t going to get a Tsum Tsum but when I saw that tiny little Woody on the packaging, I had to search through a box of Tsum Tsum’s to find him. I figured his Sherif badge prop would be easy to find and it was! 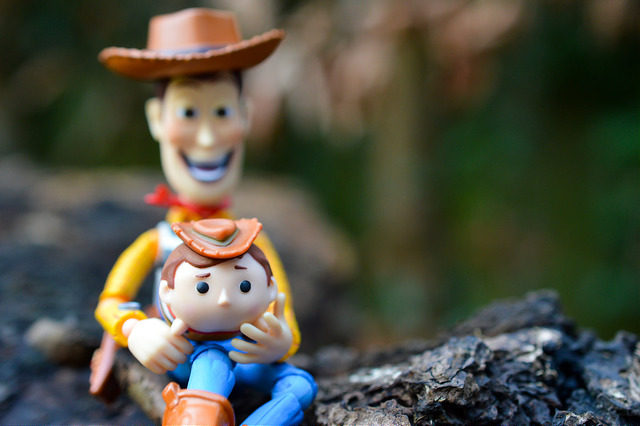 Price: £3 (on sale)
Packaging rating: Poor (had to find scissors AND there was more plastic inside)
Cuteness rating: 5/5
Photographic rating: 3/5 (Not sure how much I will photograph this chap, but he was pretty cute when I did!)

Would I buy it again? Possibly, depending on if I could find other characters I wanted.

OK, so this one was cheating a tiny bit as I’ve had one Playmobil blind bag before (I wanted the Pizza guy) but I figured why not! Playmobil do a nice range of characters in their blind bags, and this one was no exception. A lovely glamorous lady, with an amazing umbrella that I am sure I will find no end of opportunities to photograph!

My only real gripe with the Playmobil blind bags is that I had NO IDEA how to put the woman together. There were so many pieces and the instructions were limited. I could barely get her arms and head attached! For a moment, I thought it was defective and was wondering what to do. 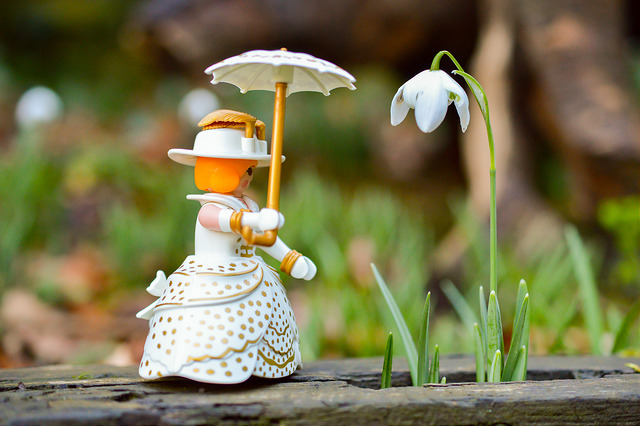 Taking a stroll amongst the early snowdrops.

Would I buy it again? Yes, definitely.

These guys were too cute to resist. Surprisingly detailed for their size, and they had some examples on show so I could see what they were like before buying! I went for two in the range: Disney and The Nightmare Before Christmas. 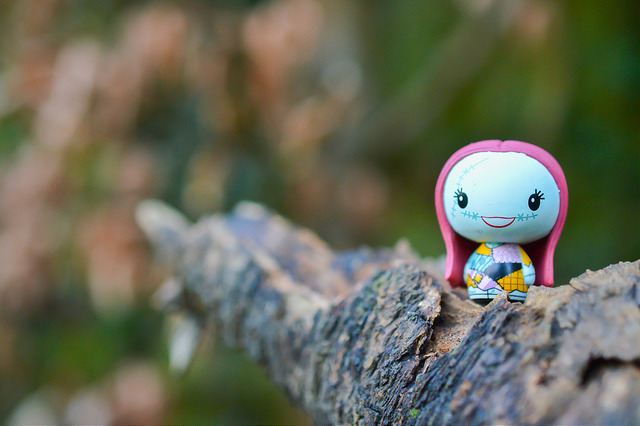 A little Sally hanging out. 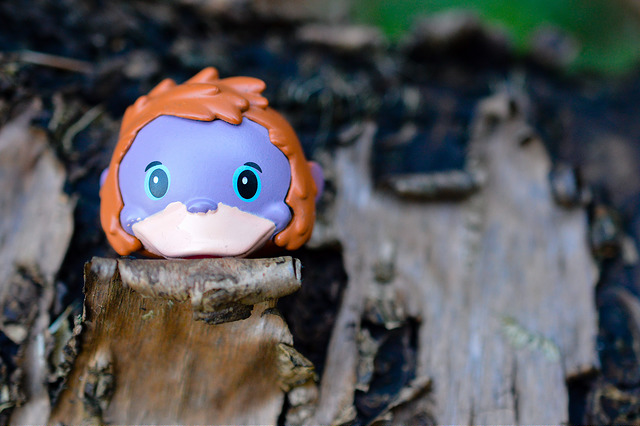 I honestly have no idea who this dude is. Answers in the comments please!

Price: £3 (only they scanned at £2, so I’m not sure…)
Packaging rating: Excellent (These bags are exactly how I want blind bags to be. Single lot of packaging, and easy to open cleanly without scissors!)
Cuteness rating: 4/5 (They are pretty adorable!)
Photographic rating: 3/5 (Cute for a couple of shots, but no long term potential for me.)

Would I buy it again? Possibly. Again, only if I could figure out what the figures were. I don’t want another monkey.

So, I know the picture only shows ONE Harry Potter vinyl box, but I got two. I actually got Herminone earlier in the week, but I wanted the excuse to get another. I won the odds though and got the figure I most wanted! Grumpy Snape! 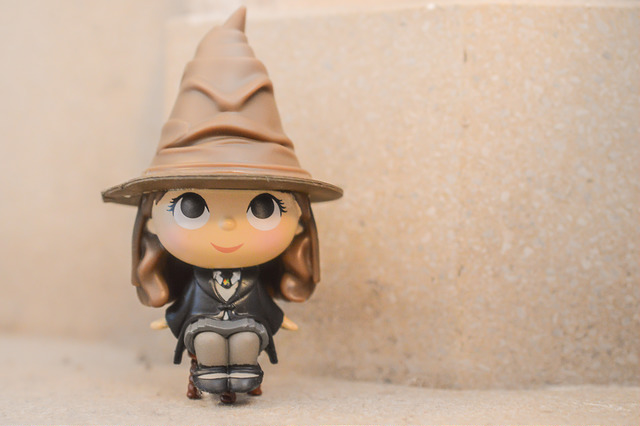 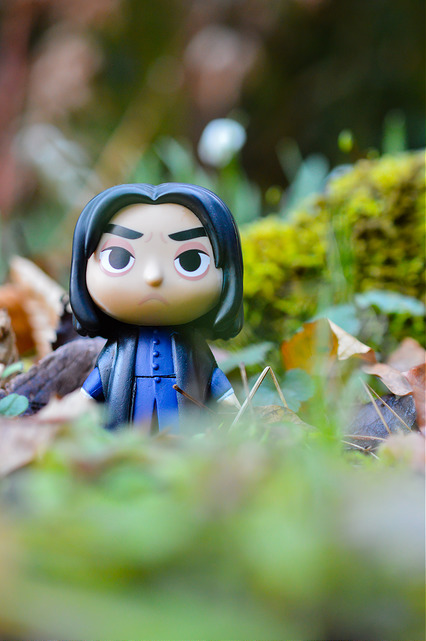 Snape disapproves of… everything.

Price: £5
Packaging rating: Awful (Plastic wrapper over the box, then another plastic bag inside the box. All openable without scissors though.)
Cuteness rating: 5/5 (I’m sold on anything Potter related I’m afraid.)
Photographic rating: 4/5 (Snape wins points for this one as I love how grumpy he looks but I’m not sure Hermione has the same potential due to the hat pose.)

Would I buy it again? Yes, but I think I would prefer to spend the extra to choose the figure I wanted from the main Funko Pop collection. These are nice, but you really can’t tell what you are getting.

This was a shot in the dark and I figured I would most likely end up with something not really photographable. I really wanted the tiny Polariod Camera, although the magic 8 ball would have been cool too. Instead, I got a Yo-Yo. I was pretty damn annoyed about this to start with (£5 for a tiny Yo-Yo???) , but my other half absolutely loves it and has stolen it until (in his words) “I buy myself a real one!” He’s trying tricks with it and everything! What did I start? 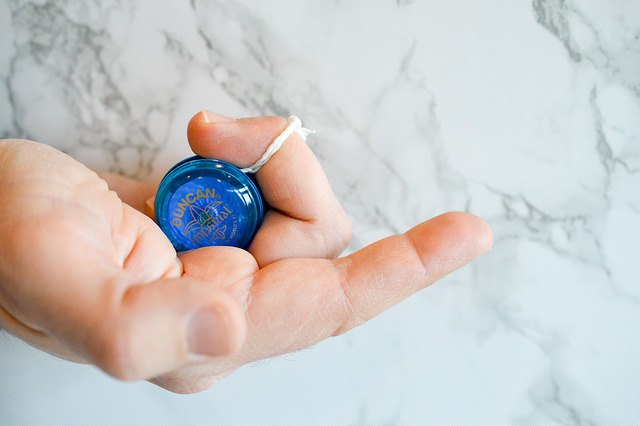 Price: £5
Packaging rating: Average (Again, more plastic than necessary)
Cuteness rating: 1/5 (It’s a tiny Yo-Yo. I’m not sure it could be cute.)
Photographic rating: 0/5 (Not good to photograph, although some of the other toys might have made cool props!)

Would I buy it again? No, it’s too expensive to guess, and I might end up with more Yo-Yo’s.

After playing with my new toys for an afternoon, I think it’s safe to say that blind bags can be incredibly hit and miss for the toy photographer. Sometimes you get some good stuff, other times, you get some ****. Kind of like life, I guess.

In general, whilst I do still dislike the overwhelming amount of blind bags now available[1], I do think they can be a great source of inspiration if you are struggling to get ideas. However, they are also an expensive habit if you start collecting and can result in unhappiness with the results.

I think I will stick to blind bags where I can feel out what’s in them in the future. The random attack approach is too messy for my liking.

[1] Does anyone else in the UK remember Lucky Bags? Are blind bag/box toys the 21st century version of these?

Do you collect any (non-LEGO) blind bag toys? What have you found works best for photography from them? Let me know in the comments.

If you’ve ended up here, you should sign up to our weekly email round up where you’ll get a recap of all the babbling from the week.