With Melbourne’s Brickvention, Australia’s premier LEGO fan convention, just around the corner, it’s time to say thank you. This year’s Charity Silent Auction is looking like it’s going to be bigger than ever. Thanks to the generosity of the community.

This year, Toy Photographers and #brickstameet have buddied up to organise a silent auction of LEGO photographs to raise money for the Royal Children’s Hospital Melbourne. Andrew (@cheepjokes) and I have been busy chasing artists, collecting submissions, printing art, printing bidding forms, and designing the layout of the photographs submitted for the action. Actually, we will be having two auctions, one on Saturday and another on Sunday.

Not one Charity Silent Auction, but two!

Well, we’d hope to have separate auctions on each day, as last year, those who’d bid on Saturday, were outbid on the Sunday without having the chance to up their bid. People attending Brickvention generally only go one of the two days, and those who attend on Sunday had an unfair chance to outbid!

But we couldn’t have two separate auctions without the generosity of the LEGO photography community. Sure, we could’ve simply printed two of every photograph donated, but we’d hoped to have new photos each day. We hoped that each day we could display and offer unique photographs to be bid on. 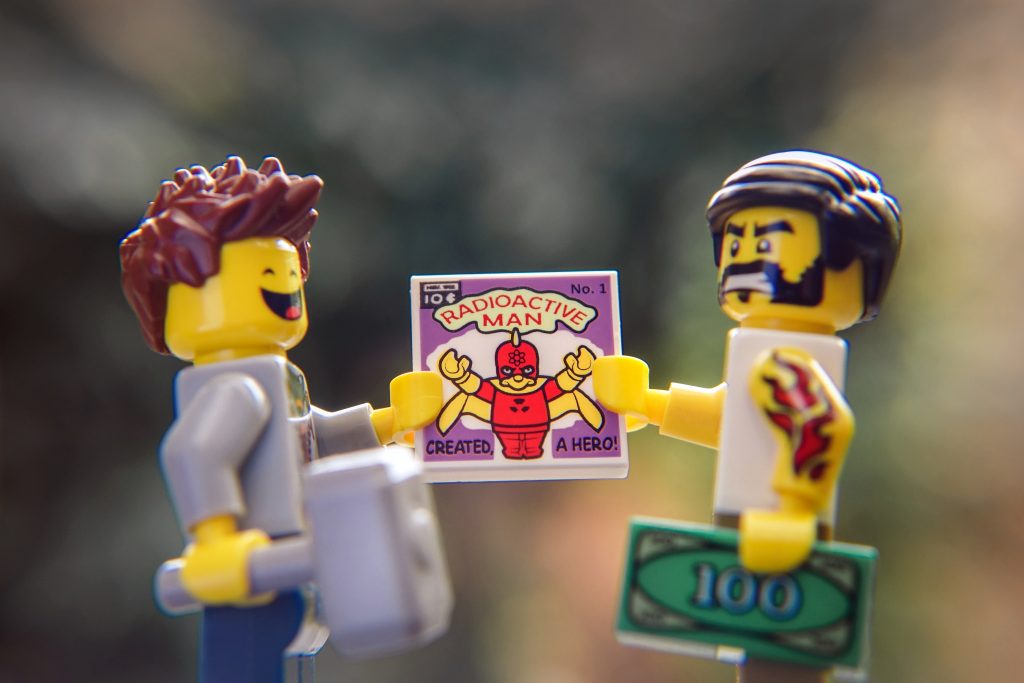 We put out the call for photos and a small donation to cover printing costs and the mailing out of photographs won. The money was considered a donation to the Children’s Hospital, reducing overheads, allowing us to donate all the money raised through bids.

We were overwhelmed by the response!

We are so excited to announce that this year’s Toy Photographers and #brickstameet Charity Silent Auction is jam-packed with over 25 amazing LEGO photographs from artists from all over the world. Artists from France, Poland, USA, Russia, UK, Sweden, Canada, Italy, South Africa, New Zealand and Australia have so kindly and generously donated their photographs and their money to help out.

It’s times like these that I’m overwhelmed by the bigheartedness of our community. The community’s willingness to help each other out is awe-inspiring. Without the generosity and kindness of those who’ve contributed we wouldn’t have a silent auction. Without your generosity, the Children’s Hospital wouldn’t receive 100% of the money that is bid this weekend. And those attending Brickvention wouldn’t have the chance to see amazing art, let alone have the chance to win it!

Last year we donated over $500AU through the silent auction to the Children’s Hospital. This year we are hoping to break the $1000AU mark.

From Andrew and I, thank you to everyone that submitted their art. You’ve made us very proud to be part of such an amazing community. And no doubt you have all helped the Royal Children’s Hospital Melbourne through your generosity and your art.

If you’ve at Brickvention this year, be sure to drop by the Toy Photographers and #brickstameet Charity Silent Auction. Check out the amazing art, and maybe throw in a bid to be in the running to win an incredible photograph, and help the Royal Children’s Hospital Melbourne.