I’ve heard it more than once. People want to ask “Why?” but apparently deciding it’d be rude, they just flop the unspoken question out there disguised as disbelief.

I’d had a camera since high school [Yes, they made them back then!], dabbling in everything from nature to concert work. But I’d drifted away from it, rarely dragging the old 35mm out. Then came digital and suddenly my phone had a camera! Then I acquired a tiny point & shoot and the requisite Flickr account to document some non-scan-able artwork.

It was while poking about on Flickr that I stumbled upon toy photography: 4″ Stormtroopers eating a spaghetti dinner! Ugly Dolls fighting over each other’s belongings! Tiny N-scale railroad figure; I dabbled in that pool too. People using photos to breathe life into bits of plastic! Not only did these early finds make me laugh, they inspired me to try it.

When I got back into photography much more heavily around 2009-ish, with the purchase of a DSLR, I [somehow] found myself shooting predominantly nature and wildlife – birds, for some reason, to the degree that a friend christened me “The Bird Whisperer.”  Toys fell by the wayside while I shot much more “serious” stuff. Meanwhile, LEGO came out with the CMF series, and I collected the ones I liked. At times, I excused their purchase by saying “Oh, I plan to photograph these…” but it was very occasional, at best. 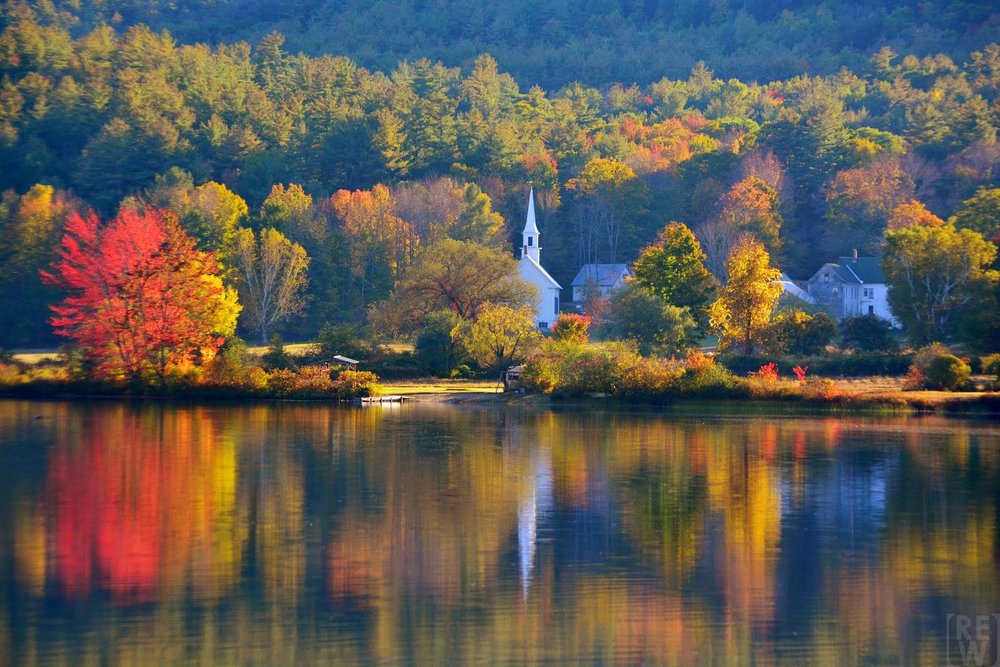 Fast forward a bit further to a few years ago, when the residual damage from an accident started to catch up with me. Instead of spending nearly every waking hour of every weekend out in the woods, up in the mountains, trooping through rain and snow, camera in hand, I was… home. I was exhausted, in pain, medicated, and frankly, depressed. Sometimes I’d get out for an hour or two, but not like I had been. My creative outlet was out there and I wasn’t. And I wasn’t handling it very well.

One miserable, cold, snowy day I discovered a fistful of Minifigures on the counter, next to my phone. I started pushing the figs about, noting how it looked like they were talking to and interacting with one another… and I snapped a photo. Then I remembered other figs I had, and that box of accessories I’d had for my old crew of misfit Stormtroopers. And I just kept going, regaining a creative outlet by photographing them as I did so.

Before long, there was always at least one fig in my work bag, in case an opportunity came up. When I was able to start spending more time out shooting, toys started riding along in my camera bag, as well. 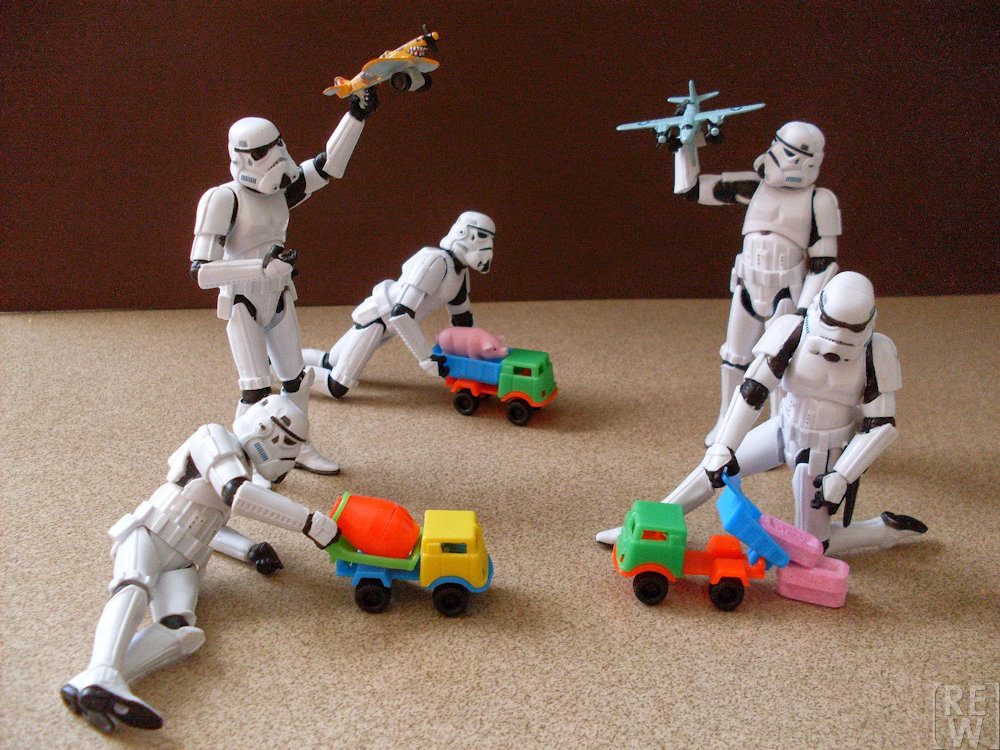 And while, initially, I sort of hid my toy photography from most people, only showing the “serious” stuff… that has changed too, especially over the last year or so. Finding the Toy Photographers community has played a role in that. Seeing so much boundless creativity presented by such talented photographers inspires me on a daily basis. Not only can toy photography be technically serious, there’s no good reason to be shy about it.

And really, when you go out to dinner with friends, and they are all Instagramming their dinner but you have to set up a tiny sushi chef in the middle of yours first, you’d better get over the shyness factor, and learn to laugh at yourself –  while still getting the shot!

And when they ask “Toys? Seriously?” I respond “Very.”

Because toy photography has become something I enjoy. It’s something I’m passionate about.

Ryan is currently one of our fabulous moderators in our G+ Community. Come hang out with him and all the wonderful people who make this corner of the internet special. You can follow Ryan on either G+ or Instagram 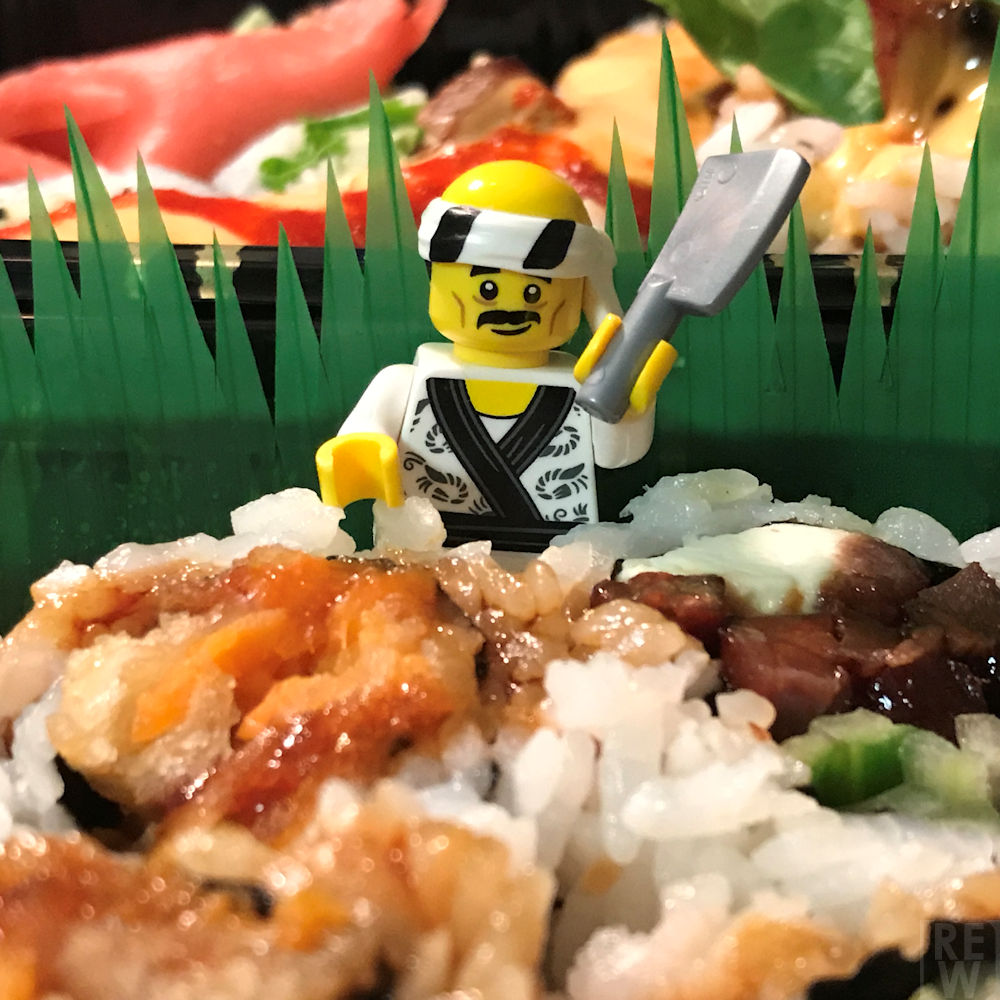 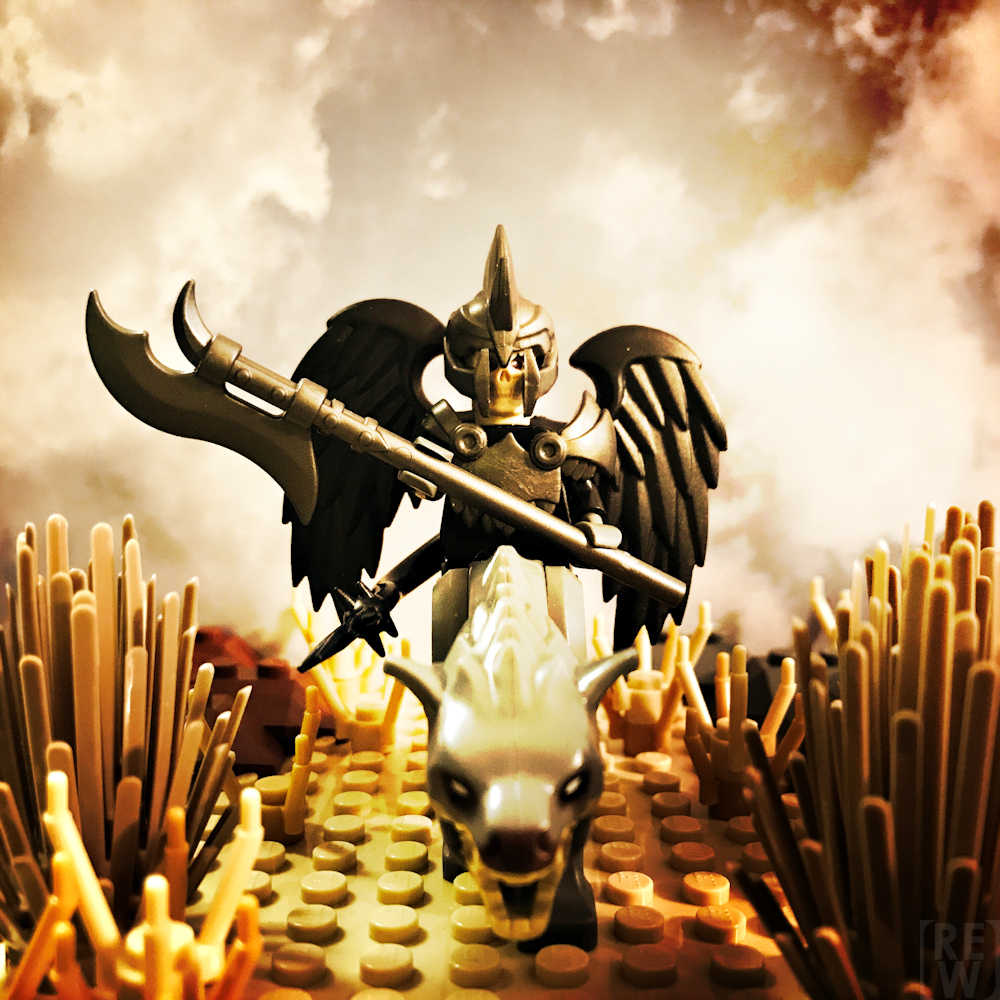 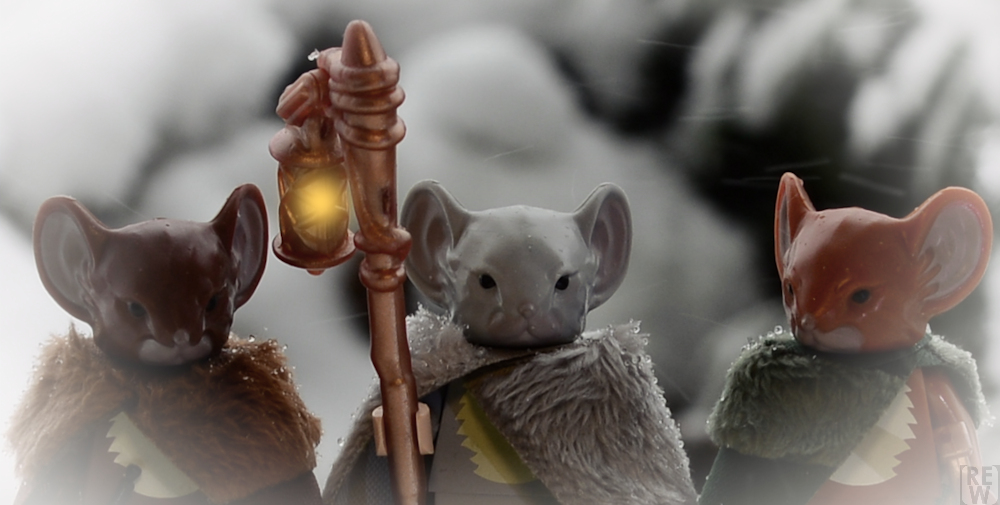 About the Author: Ryan Wolf