First off, I’d like to introduce myself; In the real world, my name is Danny. Yet, ever since my first steps on the Internet – somewhere in early nineties – I am Dwaas. I am the keeper of foolishlego.com, the home of my Lego photography and webcomic. ‘Foolish Lego’ and Dwaas are special to me. Both partly born out of the feeling of wanting to escape (or make sense of) reality and for the other part born out of wanting to share stories.

Have you ever felt the desire to do something whilst knowing you just couldn’t do it? I used to feel like that. I had many shards of stories in my mind; images, words of wisdom (or quite the opposite), small scenes, undefined thoughts, etc.

As a kid, I got the ideas out of my head by playing in my own little childhood world. As an adult that world broadened and I couldn’t figure out how to give my ideas form anymore; I’m not a gifted writer, nor can I draw any good. I tried a personal blog (in Dutch), talking about all kinds of things that were on my mind but it just wasn’t it.

Then, in late 2012, I ran into the brilliant site of a guy called “Dan of Action”, one of the Lego photography pioneers. Actually, I think he might have been the first one to do a Lego 365-project (go check it out!) and I instantly loved his brilliant work! At that precise moment, everything came together.

This was it! The perfect way to express myself besides being fun. Furthermore, I finally found a use for my Lego collection and this was the perfect opportunity to do something with my photography. Up until then, my camera was only collecting dust mainly because I had no inspiration for photography. Also, I was convinced I sucked at photography and didn’t make the time to learn. I’ve been told It’s always easier to learn something if you know where you’re going. Now I had found that goal!

I stopped thinking and just started. To put the bar up high and force myself to search for inspiration I decided to do a 365. In the real world, it’s easy for me to simply ‘forget’ to relax, a heavy workload as a medical specialist can do that to you.  So, to give me some extra pressure to keep going and prevent life from getting in my way, the 365 would have to be a public one. January 1st 2013 felt like the perfect starting date and so it began. 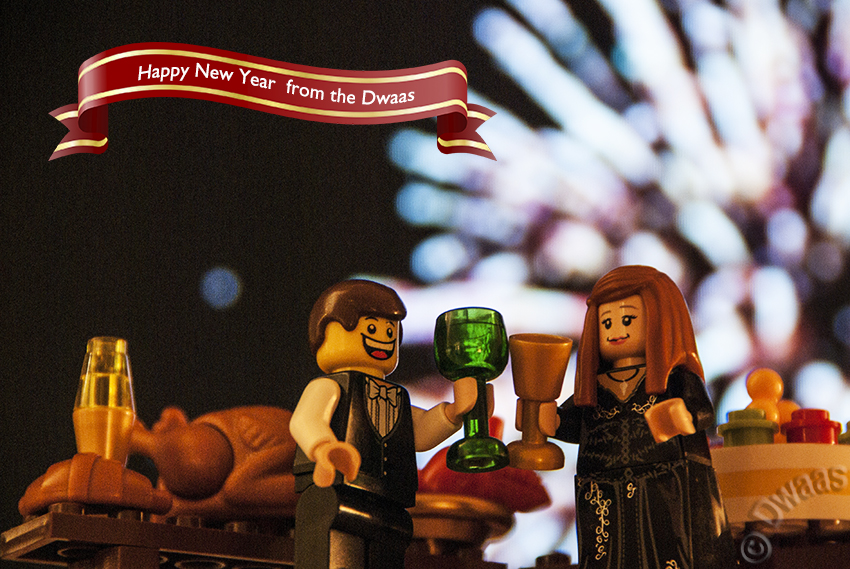 LEGO 001: the very first one. January 1st 2013. I made this one in front of the TV. No clue about lighting, or any other technical possibility of my camera for that matter. No clue about color-correction either. And while you can’t see it because of the color-problems; I used flesh and yellow parts in one photo… even within one minifig (a sin to me these days, I only use yellow).

A 365 turned out to be more challenging than I expected. Overall, shooting one photo per day was okay. Yet, there were the busy days and stress was detrimental to my inspiration. Looking back through my photo’s I instantly recognize the uninspired ones. Other challenges were vacations and business-trips. My minifigs travelled the world with me; Nepal, Turkey, The U.S., etc. By the way, I t was always a fun moment watching the looks on the faces of customs-people at the airports, pulling the bag filled to the brim with minifigs out of my hand luggage. 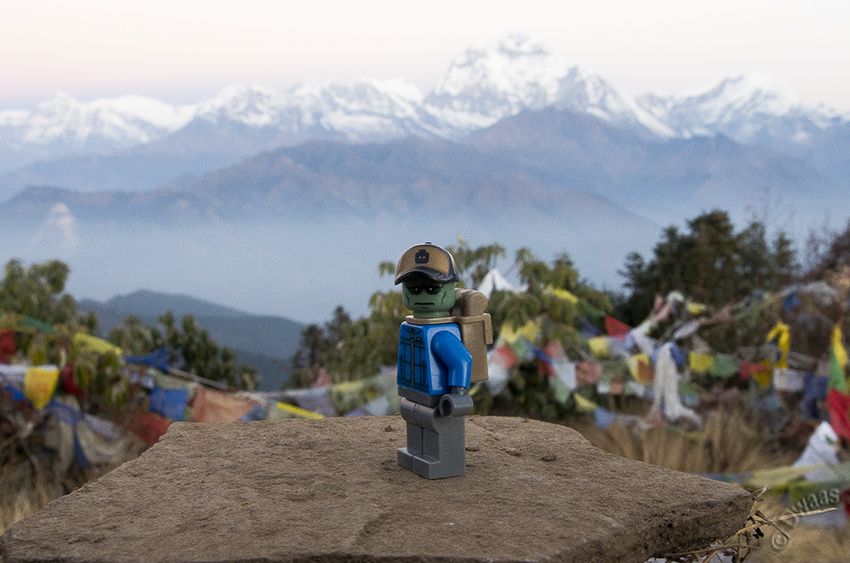 Lego 330: NEPAL! (I love the people and that country btw) After climbing 3201 mtrs (!) Dwaas reached the top of Poon hill to watch the sun rise and light up Dhaulagiri (a part of the Anapurna mountain range in the Himalaya and the highest one in this photo). It was so early and absolutely freezing cold… Dwaas kept falling over because of the wind and I had no good place to put him either. The stone is placed on an old, rotten bench. And my wife is standing right outside of the frame trying to hold the wind back.

Despite the challenges I (mostly) absolutely loved doing a 365! So much that at the (first) end I had completed a 730! I learned so much. A lot of technical stuff about photography & cinematography, and about all kinds of communities (a. o. Lego, photography, Lego-comics and toy-photographers). I learned photoshop, which also comes in handy in other areas these days. I also learned Lego-photography relaxed me, dissolved irritations and put some issues in perspective. Besides, it forced me to take time for my hobbies; It’s quite nice to only worry about a photo for a short time each day. I learned about how other people looked at me, always surprising to see people laugh at first, eventually becoming intrigued and quite impressed. I learned to see small, secret worlds within the world we live in. Also, I learned about myself. Each photo shows something of myself and I noticed that if I combine a couple of (recurring) characters on Foolish Lego… well… they are me!

Lastly, I learned about telling a story within a single photo, loving the fact that many of my photos can be interpreted in different ways. Nevertheless, these fragments or sparks of stories within the single photos weren’t enough for me. More on that a next time. 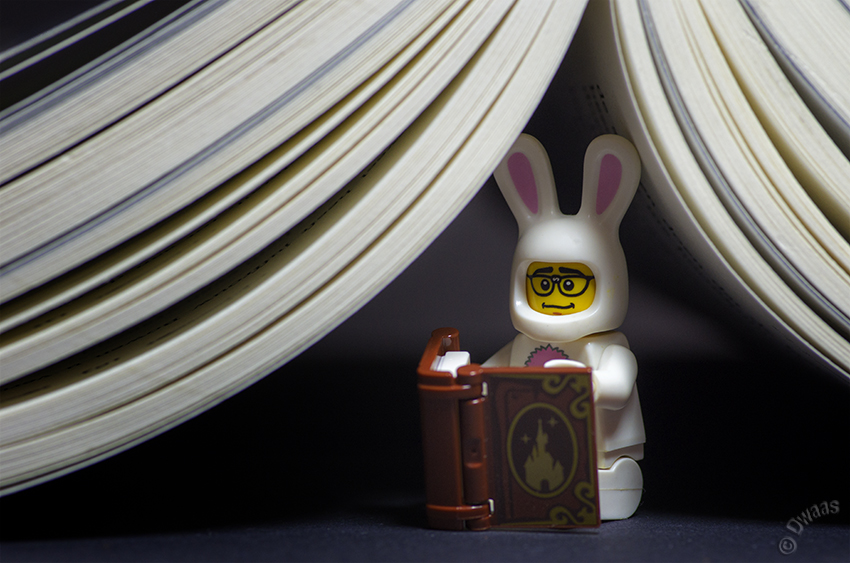 Lego 055: 2017 A recent appearance of Steve the Bookbunny (he never understood the concept of the ‘bookworm’ 😉 ) This photo shows part of the progress I made if you compare this one to the photo from his very first appearance (photo 12; 2013). 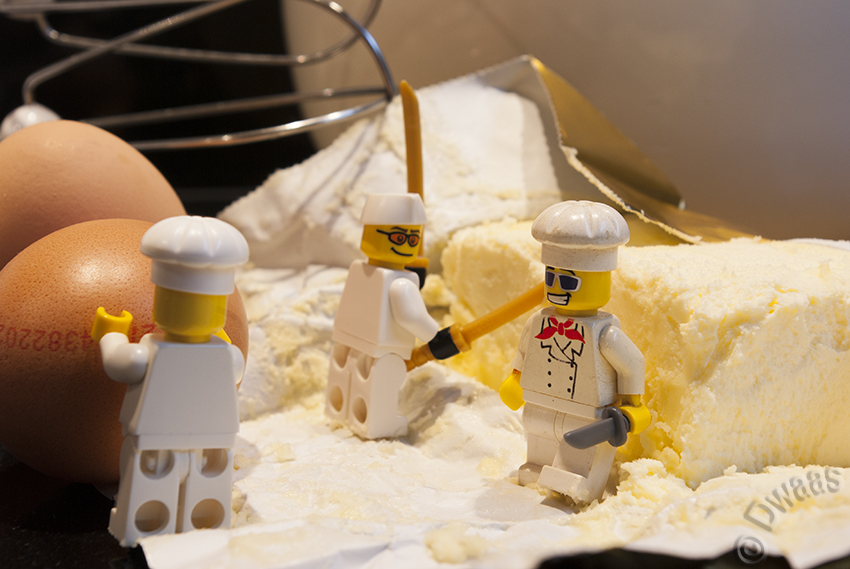 Lego 006: 2013 The very first appearance of Cool Chef; one of my frequently featured recurring characters. My wife went out of the kitchen for a second and I swooped in and put the minifigs in her ingredients. That surprised look when she returned and saw me fumbling with Lego… my camera… in her ingredients 🙂 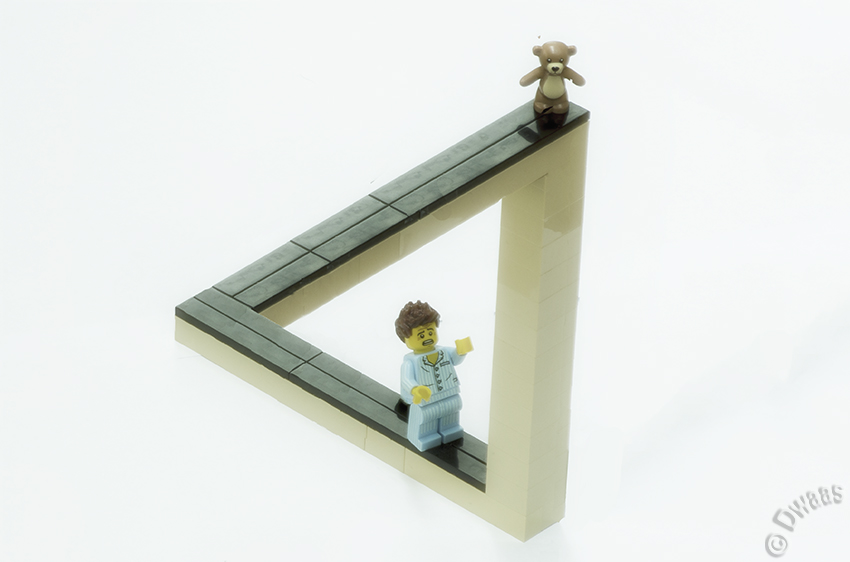 Lego 150: 2013 One of the early times where photoshop played a large role. Many possible stories in one photo… To me personally a photo about a boy dreaming he lost his beloved Teddybear… unreachable high…. but even in his dreams he’s not able to think out of the box. 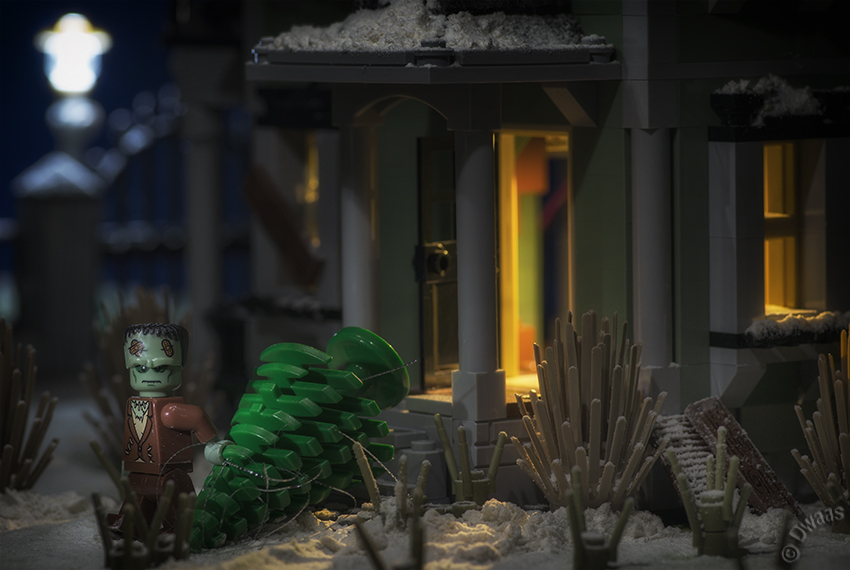 Lego 001; January 1st 2016; My favorite photo of Dwaas. He’s throwing out the X-mas tree. It took me half a day to set this one up in the basement and I was very proud of the lighting and atmosphere at the time. The snow I would differently now. 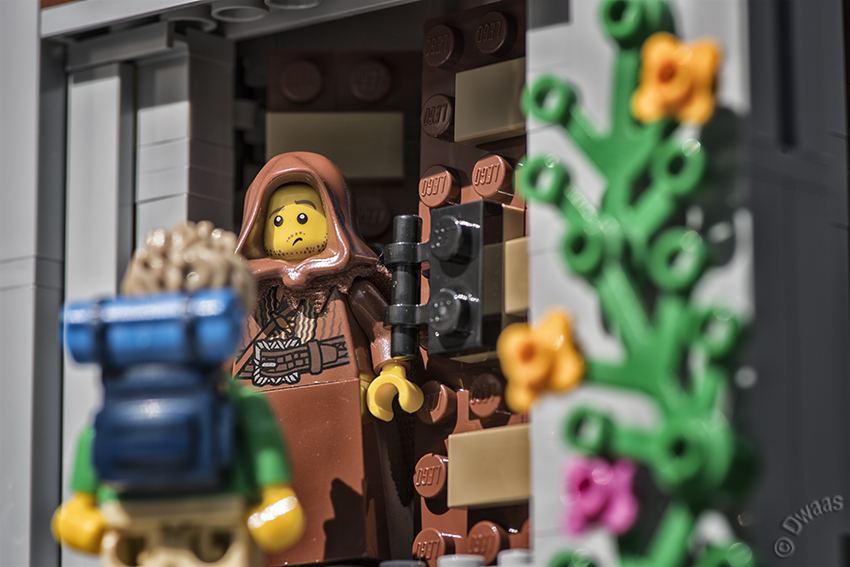 Lego 161: 2017 A recent one making me wonder what is going on here and why is the monk looking at his guest like that ? (on a personal note, this photo is the result of the fact that i meditate, and this expresses my feeling of wanting to find the rest of a monastery (for a couple of weeks) learning more about meditation, whilst knowing I’ll probably never go there)

About the Author: Dwaas