Instagram, WTF? Ever since Instagram changed their algorithm, I’ve been having trouble finding an audience on the platform. And by ‘audience’ I mean a reasonable amount of engagement on each photo as compared to before the change. Today I found out why engagement on Instagram is a struggle for me – I appear to be shadow banned.

If you’re not familiar with this concept, shadow banning is a way for Instagram to crack down on users who abuse their service by violating the terms of service, who use third party apps that automate activity, limiting an account that has been reported or you’re using broken hashtags.

I went to a site that graciously offers to check your status with Instagram. They check your hashtags to determine if your photos are seen, on in my case, not seen. This is how I found out I’m being shadow banned. 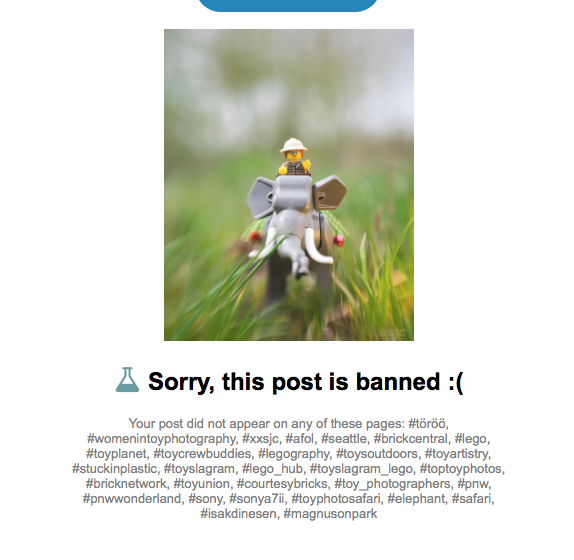 Seriously, WTF? Ok after the shock wore off  I followed the advice of a related article that helps to understand why this might be happening to me. Since I don’t use any automated bots, thats not the answer. If anyone has reported my account, there is nothing I can do about that. I’m not on IG enough to like more than 150 photos in an hour so I doubt that’s the reason. So that left me looking at each individual hashtag I use on my photos to see which ones are causing problems. The following hashtags probably caused my image to be ‘banned’. The above image did not show up on any of these pages or these pages were ‘broken’ (they only showed a handful of images).

Each of these tags has either been abused by users on Instagram or IG thinks they could be. If you think about each one individually, you can kind of see where the folks behind the algorithm could be coming from. XX can easily be a porn site and I knew that ages ago. (Recently I changed my name to step away from that association.) Why Toy_Photgraphers is a problem is a mystery to me, but we seem to have a problem with our hashtag and may have to change it. Who knows what people have been posting under the other hashtags, but obviously some questionable photos over the years.

How many times have you read an article that explains how to use hashtags correctly? Hashtags are an important way for work to be discovered. But who knows which hashtags are the ‘right’ ones and which ones are broken or banned?

If your like me and you use a lot of hashtags out of loyalty to various toy groups, I might suggest now is a good time to cut down to the truly important ones. At the very least check each one of the tags you use and to make sure your photos are showing up in those communities. If you’re a participant in the toy pops twice a day free for alls – remember you’re limited to 150 likes and 60 comments per hour. By engaging with this platform in seemingly harmless and common activities, you may be engaging in risky behavior and opening yourself up to being shadowbanned.

As a regular user of Instagram, I have no idea what the algorithm is based on. All I know is that it changed from a simple time based algorithm to this:

The order of photos and videos in your feed will be based on the likelihood you’ll be interested in the content, your relationship with the person posting and the timeliness of the post. As we begin, we’re focusing on optimizing the order—all the posts will still be there, just in a different order.

No details, no further explanation… only a trust us, we know better attitude.

One side effect of this attitude is the rise of ‘pods’. There are groups of people who band together to like and comment on each others posts to raise engagement. The more engagement you can create in the way of likes and comments will raise your chance of beating the algorithm. (Side not to myself: I guess I should participate in toy pops again.) The algorithm change has also created something known as “Instagram Face“. It seems it is actually changing our attitudes towards feminine beauty. Talk about unintended consequences! 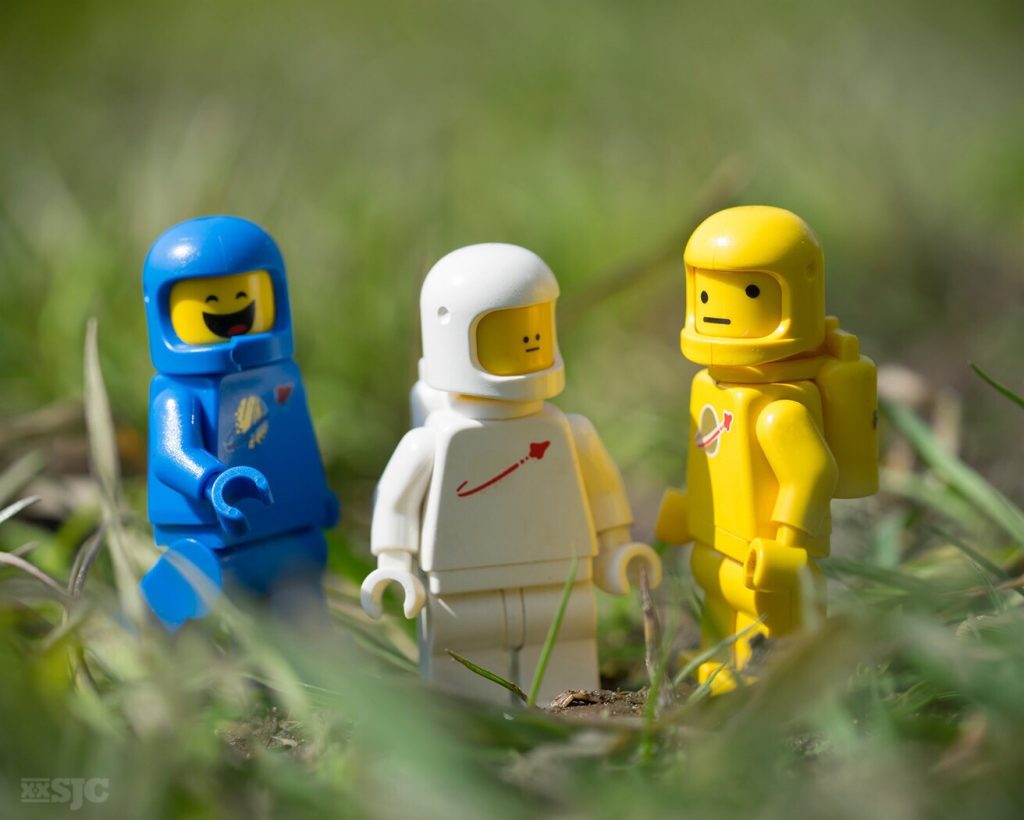 That moment when you realize that  Instagram is laughing AT you and not WITH you.

I’m going to take a break from Instagram for the weekend for the recommended 48 hour re-set. I will be back posting on Monday with a new and improved hashtag list, hopefully with no suspicious hashtags. Maybe, just maybe, I will get off the banned list.

In the mean time I now know that Instagram is laughing AT me and not WITH me.

Have you been shadow banned? If so, let me know in the comments. I don’t want to be the only one, but if I am, thats cool. That means that I’m the exception, not the rule. 🙂

A huge thank you to Jennifer for bringing this new insult from Instagram to my attention. Seriously, thank you!