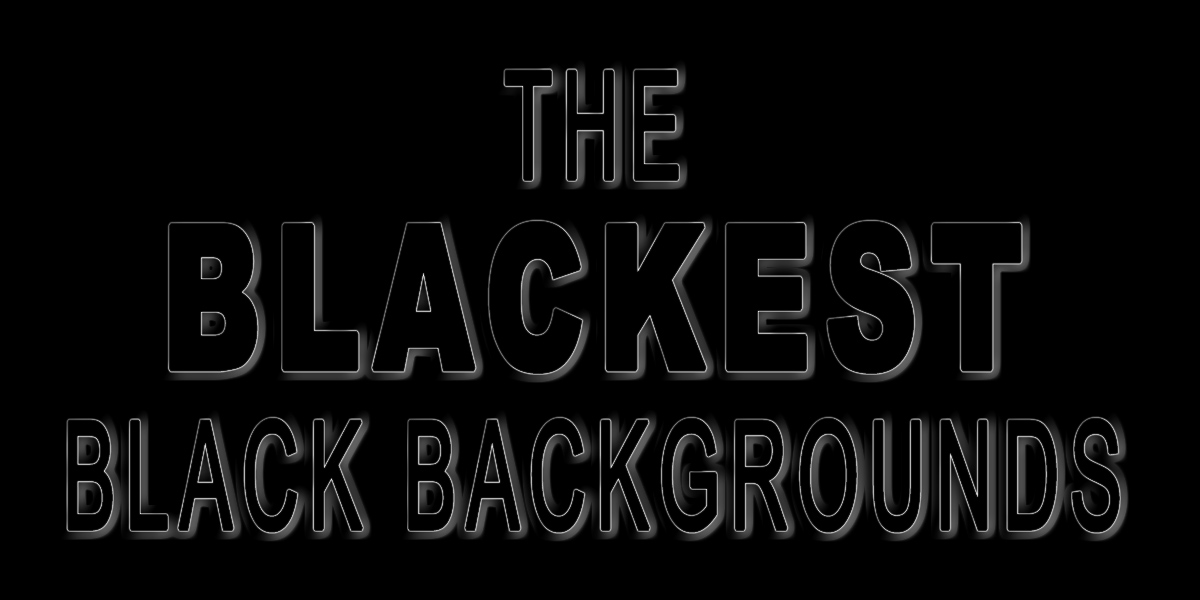 Pure black has all sorts of benefits. I like it because black sets a certain mode and emotion. It can also be handy as a starting point for adding other elements to an image. As the old adage says, work smarter not harder. So it is better to get pure black in-camera so I can get to the fun parts of post-processing instead of the tediousness of cleaning up light leaks first.

How to get black normally, and why it fails.

Black is simply the absence of light. So the quickest and easiest way to get pure black backgrounds is to simply not shine any light on the background. One can turn the whitest background pure black with the clever application of no light.

In my studio I often shoot in a light box, and the size doesn’t allow me to separate the figure from the background. I usually need to add lights onto a figure to enhance a special effect or get a certain shadow that requires shining light directly onto my figure. This light often spills over and hits the background as well.

The next obvious solution is to use a black background. The problem is, that black is often not black.

What makes something white, black or shades of grey depends on how much light gets reflected off the object. This is called albedo. White has a high albedo as most of the light is reflected. Black objects have a lower albedo, but most black objects still reflect a large amount of light—sometimes up to 30%. If you think about it, this is why you can see black things.

To show what I mean, the image below was taken with a Lume Cube pointed directly at the figure in front of the black background that came with my light box. This is straight out of camera. As you can see, there is a fair amount of light spill on the background.

A year or so ago I heard about a Kickstarter from an artist who was trying to make a very black paint. The history is detailed and hilarious, but it basically comprised a feud between two artists, novel paint and overly restrictive licensing. I supported the Kickstarter, because I like supporting feuds that leads to better things becoming accessible to the public at large. Art should be accessible to everyone.

The paint is called The Blackest Black 3.0, and is available from Culture Hustle.

When the paint finally came in I decided to make a background out of it. I grabbed the cheapest 12″ x 16″ canvas my local craft store had to offer, and slathered on the paint. It takes three days for the paint to gain maximum light absorption, so I waited impatiently for 36 hours (ain’t no one got time for three whole days) and tossed the canvas in my light box to test it.

The following image was taken with the exact same light setup and camera settings. In fact they were taken 30 seconds apart. The only difference is the background. It is also straight out of camera.

As you can see, the second image doesn’t reflect any light off the background. It’s a nice image ready for further processing without being polluted by light leaks.

If you are curious, my setup looked like this:

I am calling this experiment a success!

I don’t think I’ll use the Blackest Black background all the time, but it is one more tool in my toolbox for when traditional techniques fail me.

Really, that’s what homegrown solutions are meant to be: Building a toolbox of unique solutions when traditional tools fail to get the job done. This one works, and it’s going to be used in many of my images to come.