R2-D2 – A Galaxy of Adventures

With my next toy safari just around the corner (Denmark, with the gang from Stuck in Plastic), I thought it might be time to finally break out one of the toys I purchased during the last toy safari I went on – to Cambridge.

In a small raid on the Disney store, I restrained myself to purchasing just one Galaxy of Adventures figures – a cheap Hasbro toy aimed at children just getting into the Star Wars universe.

I opted for R2-D2! I’ve wanted a non-LEGO R2 for a while, and this was a great priced opportunity to do so! I can’t find these guys on the Disney store website, but you can read about them on starwars.com.

So, was it worth the measley £10 I spent on it? I think so, and here’s some short thoughts on why!

There is a lot of detail in the printing on the figure, and the molding is actually pretty good for a very plasticy feeling figure.

The model is also fully printed, meaning he can be photographed from all angles which is perfect if you want to go for a unique photo option. 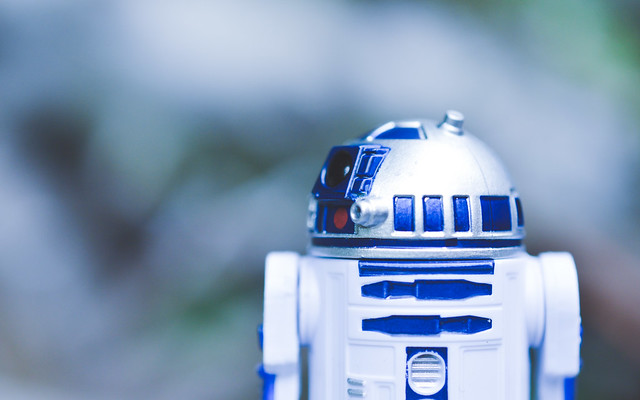 A fully rotatable head, means R2 can look where he wants! 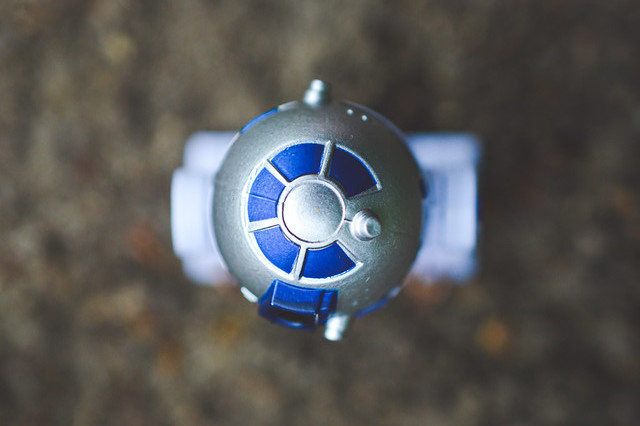 Not only does R2 stroll along the ground, he can also fly, thanks to his rockets! These are detachable as needed, so when he wants to go for a spin, just attach to his legs and let him loose! 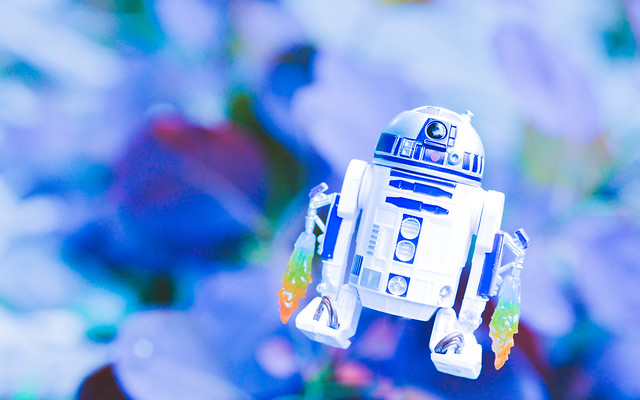 This planet has some particularly odd colours!

Add on another leg and R2 is ready to take on the bumpiest of ground! Whilst not quite as positionable as his other side legs, this third foot completes the picture! 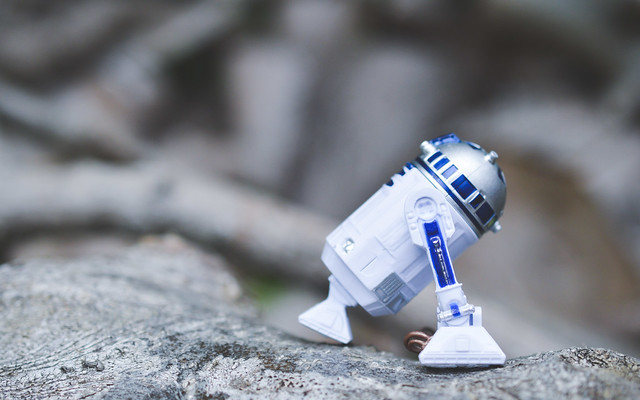 He stands up tall

Remove his foot again and R2 can stand upright. Perfect for that simple shot whilst he’s hanging around for his next scene! 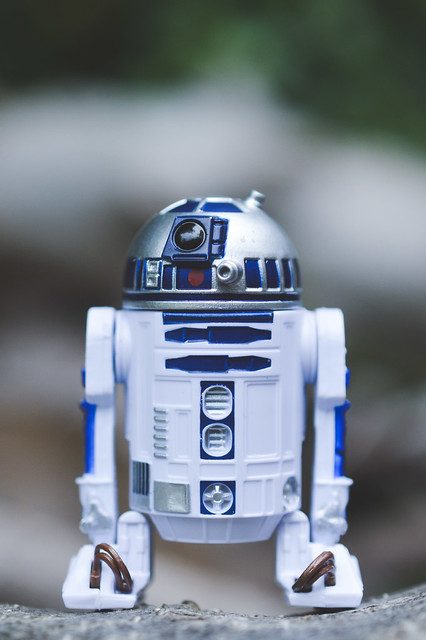 Frontwards to R2 – lots of details for the camera to pick up! 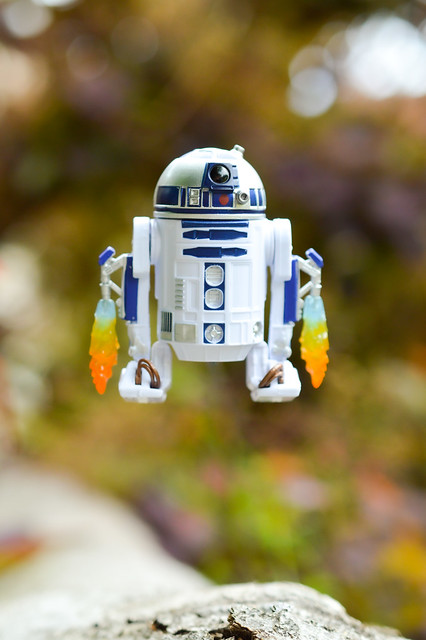 Overall this is a great little model if you want a droid to photograph but don’t want to go for the more expensive models. At the price point, this R2 works for me, and I feel no concern just throwing him in a bag and taking him out! I’m a bit concerned I will loose all the spare parts though, as I almost lost one of his boosters in the garden already! Whoops!

Have you got any of the Galaxy of Adventures figures? What do you think of them? Let me know in the comments!