Grub Street emerged from the photocopied pages of a zine. At the risk of showing my age, back in the early 90s I was into the zine culture. Now the memory of that zine has become my latest inspiration.

“What the heck is a zine grandpa?”

Zine, is short for magazine or fanzine. It’s a small-circulation self-published work of original or appropriated texts and images, usually reproduced via photocopier.

The first media fanzine was a Star Trek fan publication called Spockanalia, published in 1967. Punk zines emerged as part of the punk subculture in the late 1970s. The Riot Grrrl movement emerged from the DIY Punk subculture in tandem with the American era of third-wave feminism. The American publication Bikini Kill introduced us to the Riot Grrrl Manifesto in their second issue in 1990.
(source: Wikipedia)

Somewhere between 1967 and 1990 I too became involved in the zine scene, writing articles, illustrating covers, and creating comics strips. 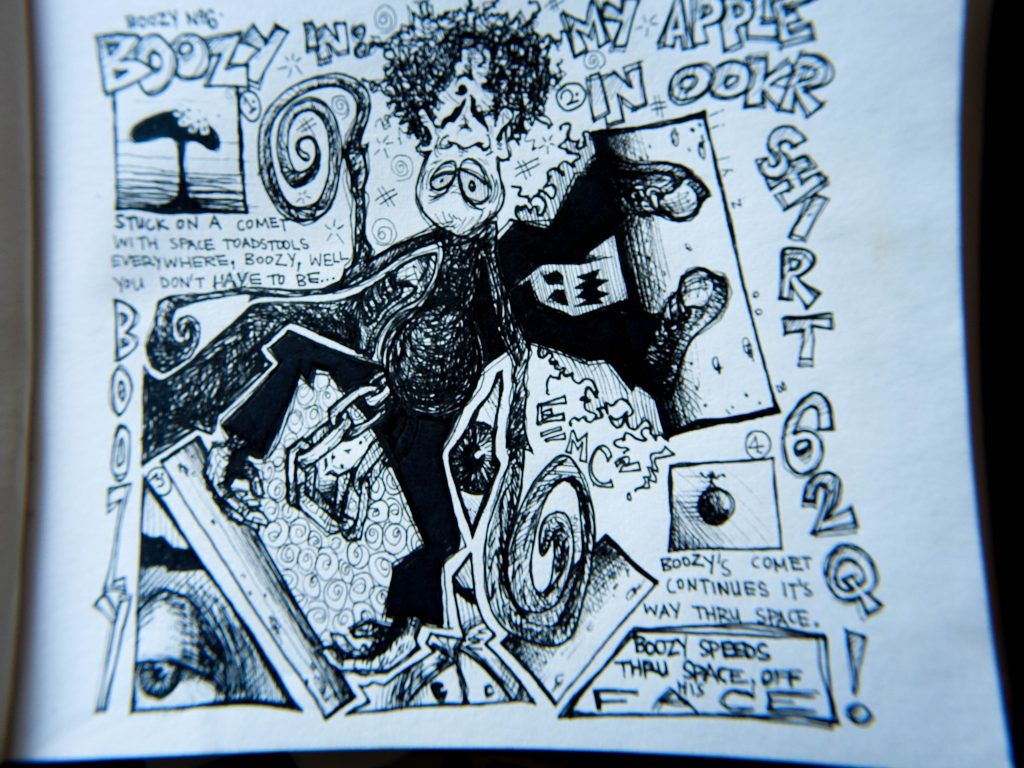 One comic strip I created was for a zine called “Tadpole”. That comic strip was called “Grub Street”.

I took the name from a historically significant street in London.

Until the early 19th century, Grub Street was a street close to London’s impoverished Moorfields district. Famous for its concentration of impoverished “hack writers”, aspiring poets, and low-end publishers and booksellers, Grub Street existed on the margins of London’s journalistic and literary scene. Its bohemian society was set amidst the impoverished neighbourhood’s low-rent dosshouses, brothels and coffeehouses.
(source: Wikipedia) 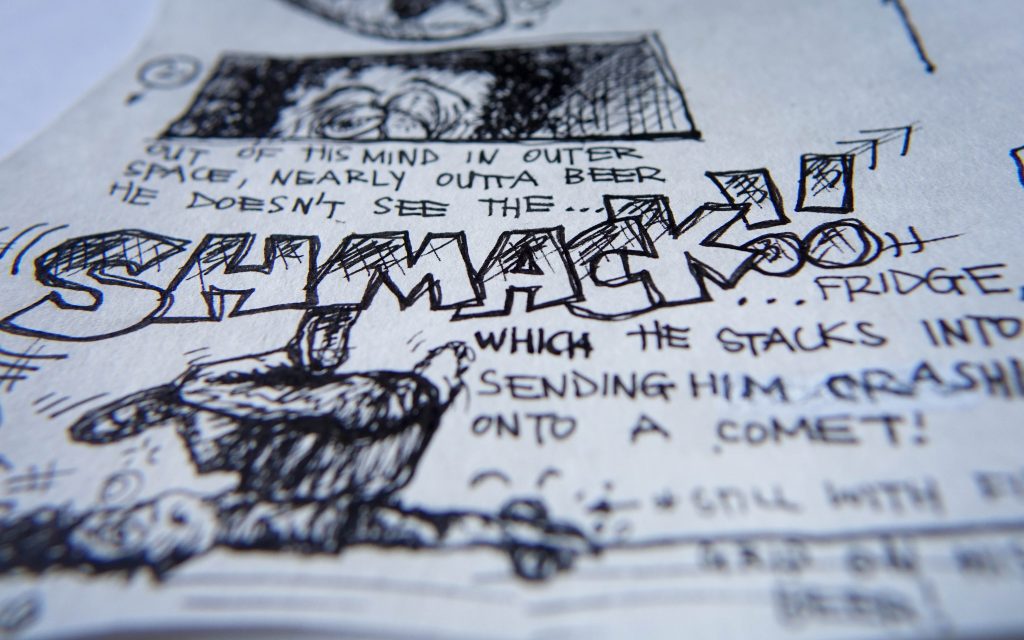 There were three central characters in the comic Grub Street.

Gink. A gink, is a slang, sometimes disparaging term for a person, often thought as foolish or shameful.

Boozy. Inspired by “Boozy The Clown Productions” who created the skateboarding/snowboarding movie “Whiskey: The Movie” in 1995.

Plus one more who’s name and inspiration eludes my aging memory. I seem to recall this character was a stuffed shirt, conservative type. But I might be wrong. It was a long time ago.

“What’s the point of this story?”

What’s all this got to do with toy photography? 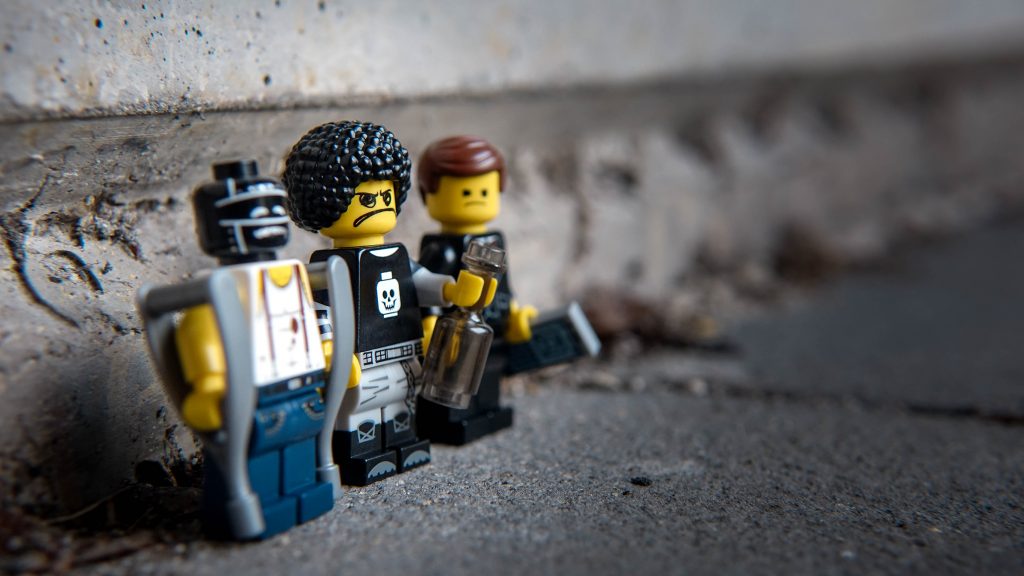 Inspiration comes in many forms. Often it comes from our friends and peers. Sometimes it comes from a scrapbook containing crudely drawn comics from the early 90s.

Where do you find your inspiration? Have you ever looked back to your past to find inspiration?

Don’t forget our The Toy Photographers 2018 Yearbook is currently available to purchase for a limited time!
If you’re looking for a cool place to hang out with other toy photographers, check out the Toy Photographers MeWe group!
You’ve made through all my blathering and ended up here, you should sign up to our weekly email round up where you’ll get a recap of all the babbling from the week.