Home/...of Interest/Finding New Grounds
Previous Next
Finding New Grounds
The thing that keeps this toy photography thing interesting for me is discovery. I try to think of aesthetics I haven’t seen before and, if possible, try to go for something I think could look nice and different. A few years ago I realized I hadn’t seen underwater toy photography anywhere. I googled it and I found one photo shot in a lake somewhere. But this image wasn’t much more than a document of someone’s toy underwater. That’s all I found. Of course this doesn’t mean it doesn’t exist, but it wasn’t exactly mainstream within our niche.
The one exception is Brian McCarty’s underwater toy photographs. I had found his work earlier and it hit me that there were a few underwater photographs he’d taken of some designer toys. McCarty’s photographs were shot in a swimming pool however, I wanted to go to wildwaters. New asthetics.

In the spring of 2015 I had a little extra money so that I could buy a water proof camera. I bought it in a spur of moment a couple of days before we went on a family vacation to Italy. I packed a toy with me that I figured I could test this idea with; an Action Man in scuba gear. That’s all we had ready at hand at home that would work in the sense of being somethig that actually could belong underwater. I had an opportunity to test this on the island of Ponza for about an hour on the afternoon we spent there. I got a few decent frames, not a jackpot, but a promise. 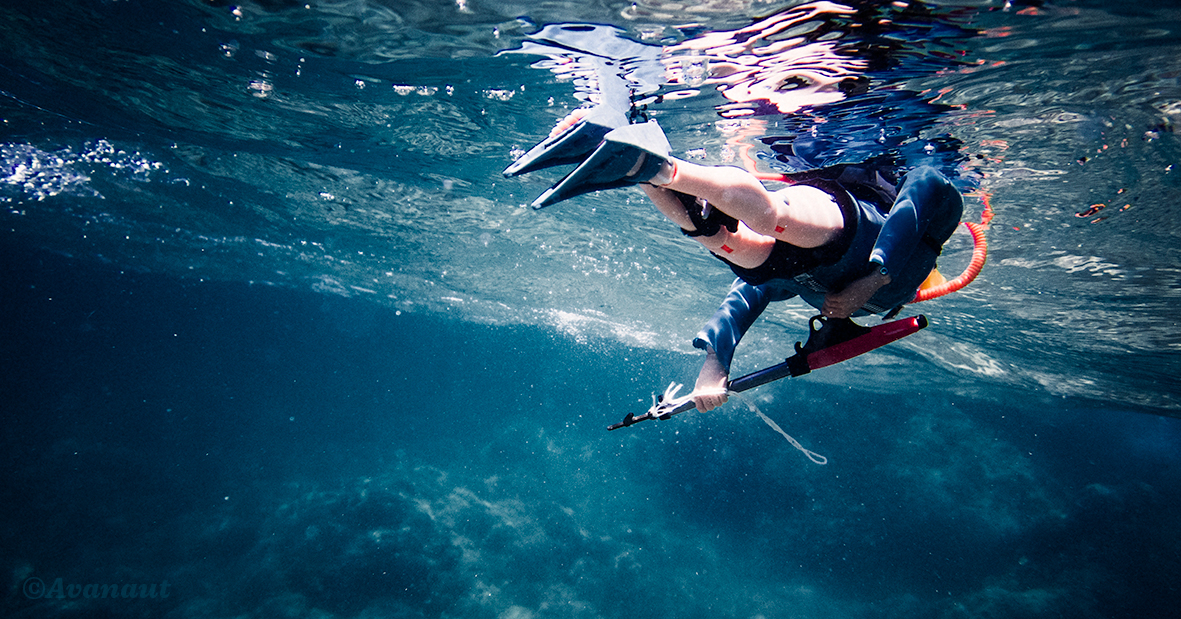 First ever tests, I had no idea how to go about with this. There was no chance to check what I was doing and adjust, there was only a chance to shoot away and see later how it worked. I didn’t even know how the camera would perform or work in general. All the camera settings were on auto.

I kicked myself for not realizing it should have been Lego from the get go. That’s how I’d get my diversity from this idea. I mean, we only had one scuba diving Action Man.
Back home I went straight to a local toy shop and bought some Lego City Deep Sea Explorer sets that had just come out, and headed to a lake that was supposed to have clear waters. But, alas, it didn’t! It was a terrible mess off tiny particles that showed up all too prominently in the photos. While my first experiments were in the deep blue waters of the Mediterranean sea, just about perfect circumstances, and I was beginning to realize this wasn’t going to be as easy as I thought. I had to think on this and wait another year because I didn’t have money to just book a trip back to the Med. 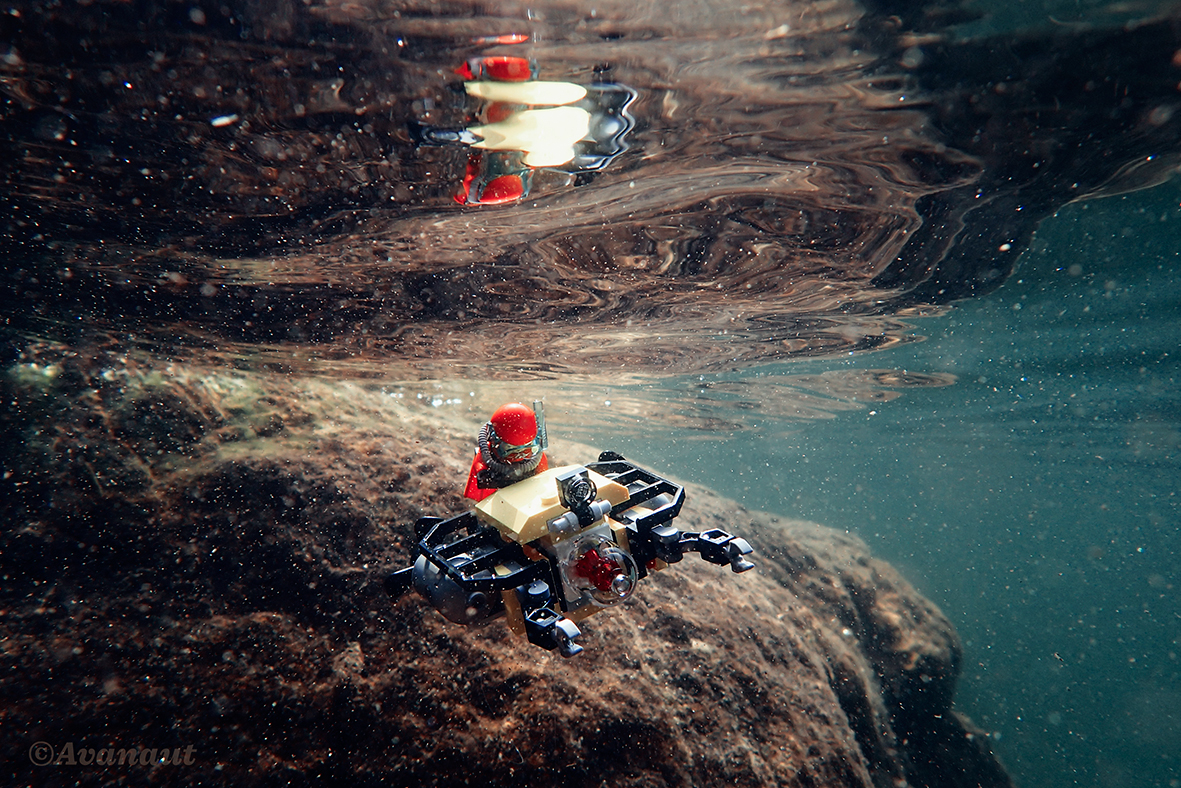 The local waters, however clear by reputation, left a lot to hope for. A moment of truths and disappointments.

Come summer of 2016, we booked another family trip to Italy, this time there was four days on Ponza included in our trip. We loved our day on Ponza the year before and would have gone there even if I hadn’t had this box of Lego to take with me.
A few weeks before this new trip was going to happen I had an opportunity to go to the Finnish Lapland with a car on some other business. I took a couple of extra days and drove back home on a route I figured I’d find some nice views to photograph. It was a mild success, but the thing I realized up there on the last stretch was that the north had really clear waters. In June, after the winter, there were meltwater pools and brooks everywhere. I decided to go back some day to see what that was about.
In Italy later that summer, I experienced the most amazing underwater views with my little Lego sub. I took hundreds of images, almost all out of focus or otherwise out of whack. See, it’s really, really difficult to check focus on the camera viewscreen when you’re in a straight sunshine, constantly bobbing up and down with the waves under the surface with a snorkel, wetsuit, flippers, scuba mask, camera, the Lego model and all the viewers from the shore a few meters away. But I did get a few good frames and I loved them. I still do!
I had the Action Man with me again too, but he had a different suit. The original light blue had deteriorated and just melted off. What is it with rubber these days anyway? Anything made of that doesn’t last long, it just melts into this sticky goo. Anyway, I found another wetsuit for the Man but it was orange and it didn’t look half as good as the blue one. If anyone had said earlier I’d have toy figure fashion style issues under the mediterranean waves some day, I would have thought they had a screw loose. 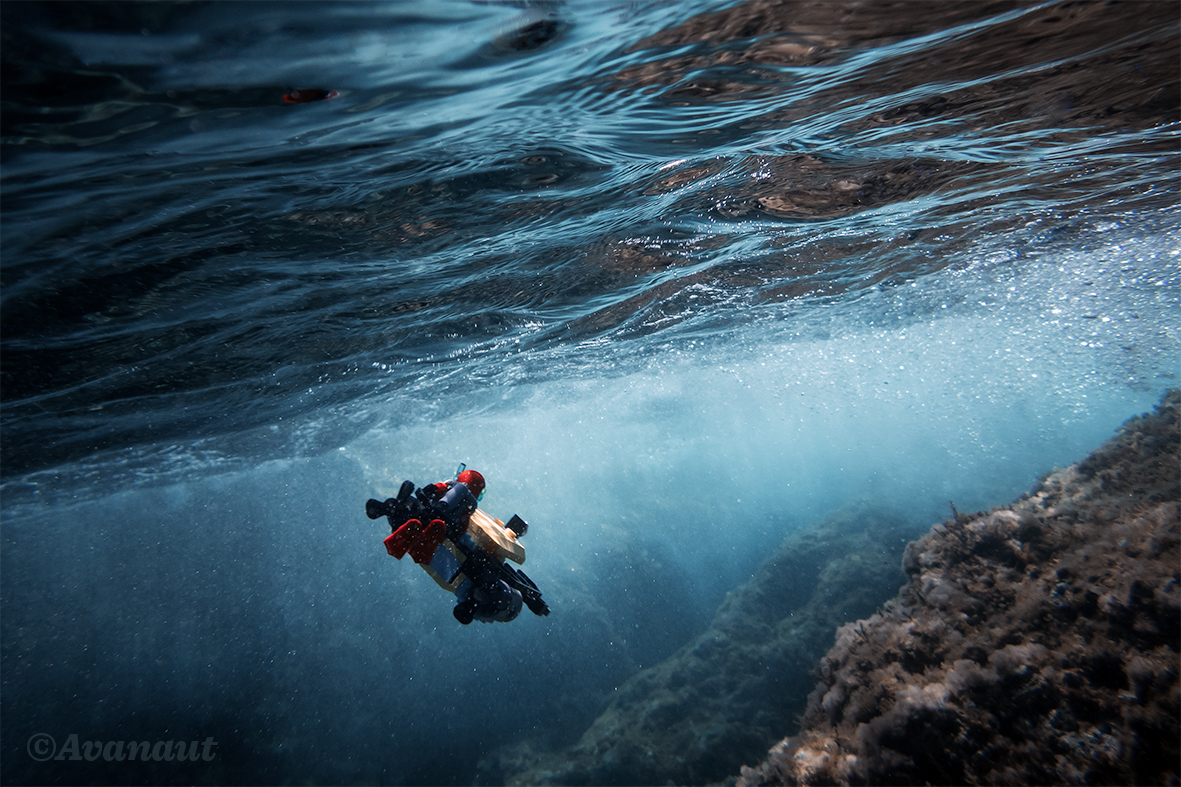 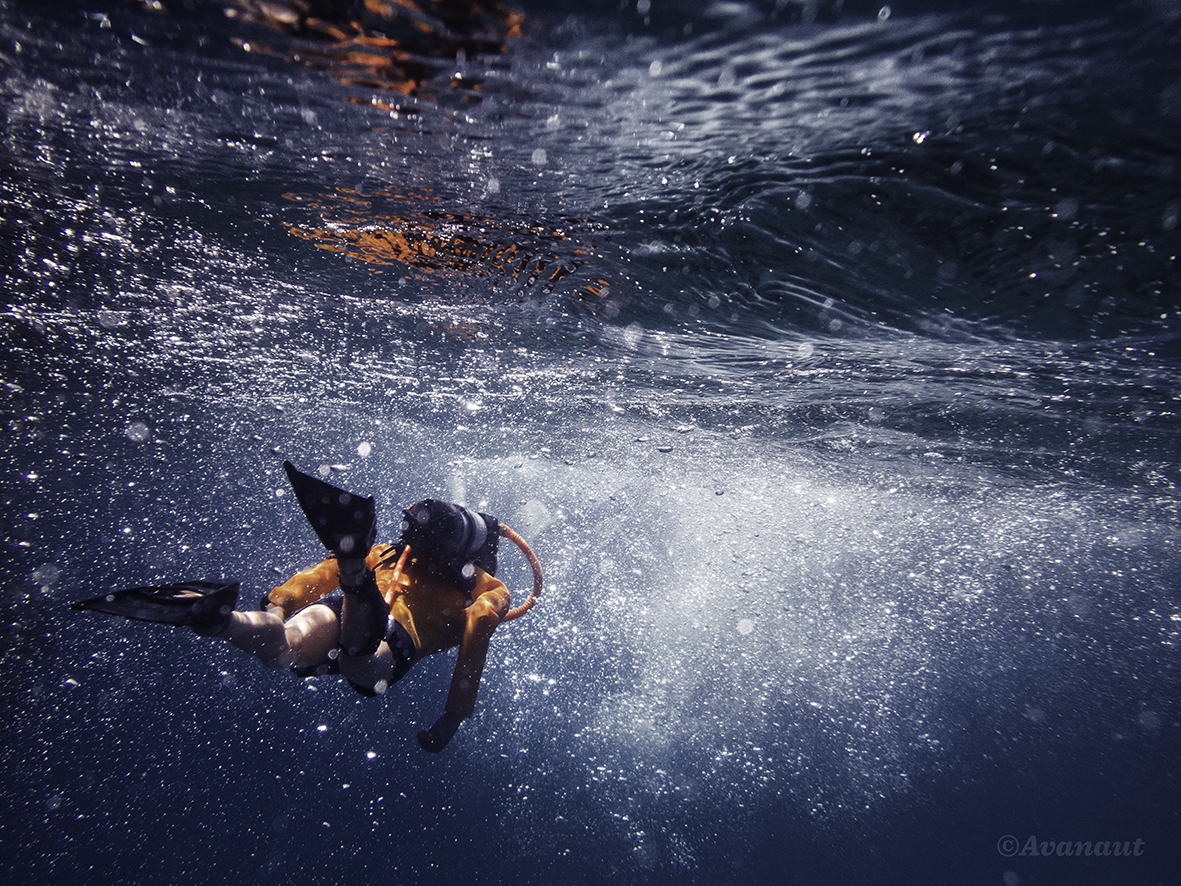 The batch of photographs from Italy, summer 2016, are good. I can make giant posters of some of them, they even look nice in B/W. But I know there is a lot more under the waves for me still. I didn’t get much variation because I was repeating the same scene in an attempt to get the hang of at least one set-up instead of shooting all over the place. One thing at a time. 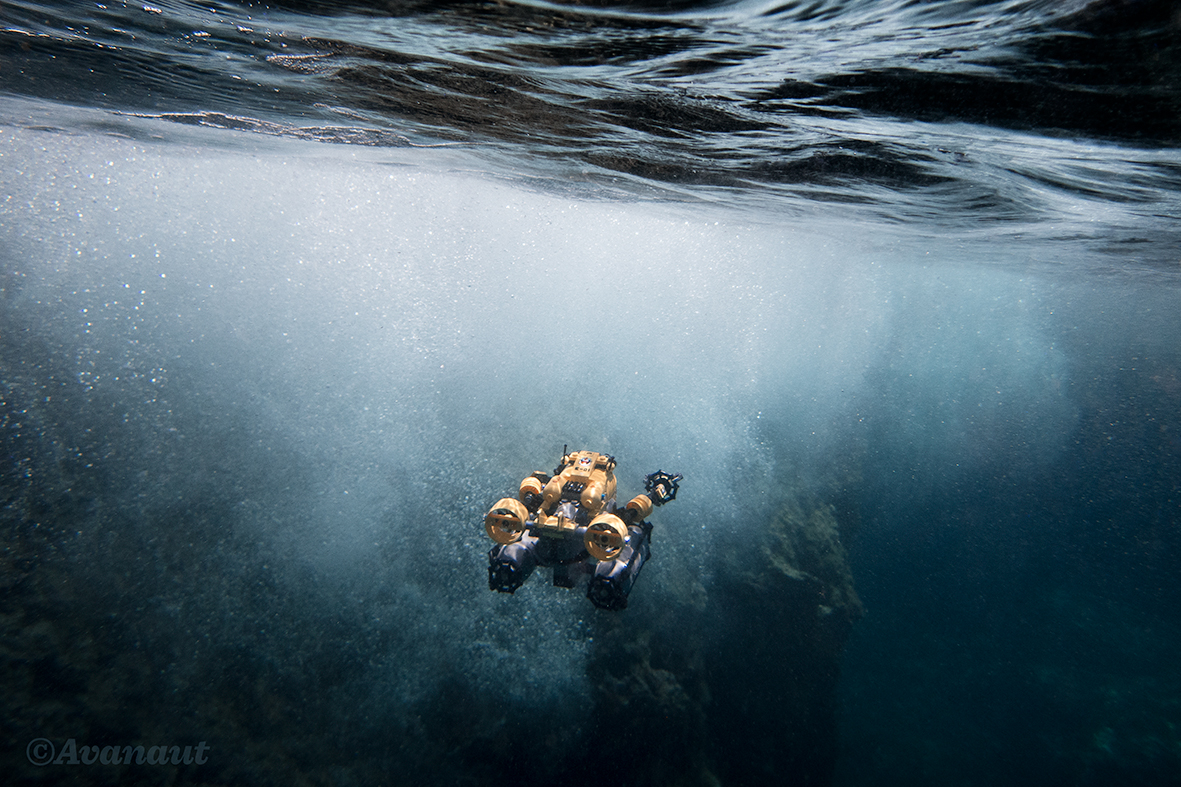 Variations of a theme in the Mediterranean Sea. Trying to capture the Lego submarine under the waves against at least some kind of structure was something I was determined to do. There are a lot of these still unedited on my computer.

Summer of 2017 wasn’t good for underwater explorations as we didn’t travel. I did go to the north again however, and I had the toys with me. But the trip wasn’t about photography, it was about showing my son the north. It was the first time he saw the midnight sun, the Arctic Sea and the reindeers, the emptiness (there’s no one up there early June, it’s almost spooky) and all that. Our time together was more important than my photography. But I did manage to find a couple of cool locations for future endeavours. I took a couple of nice images; there were little moments for photography eventually. 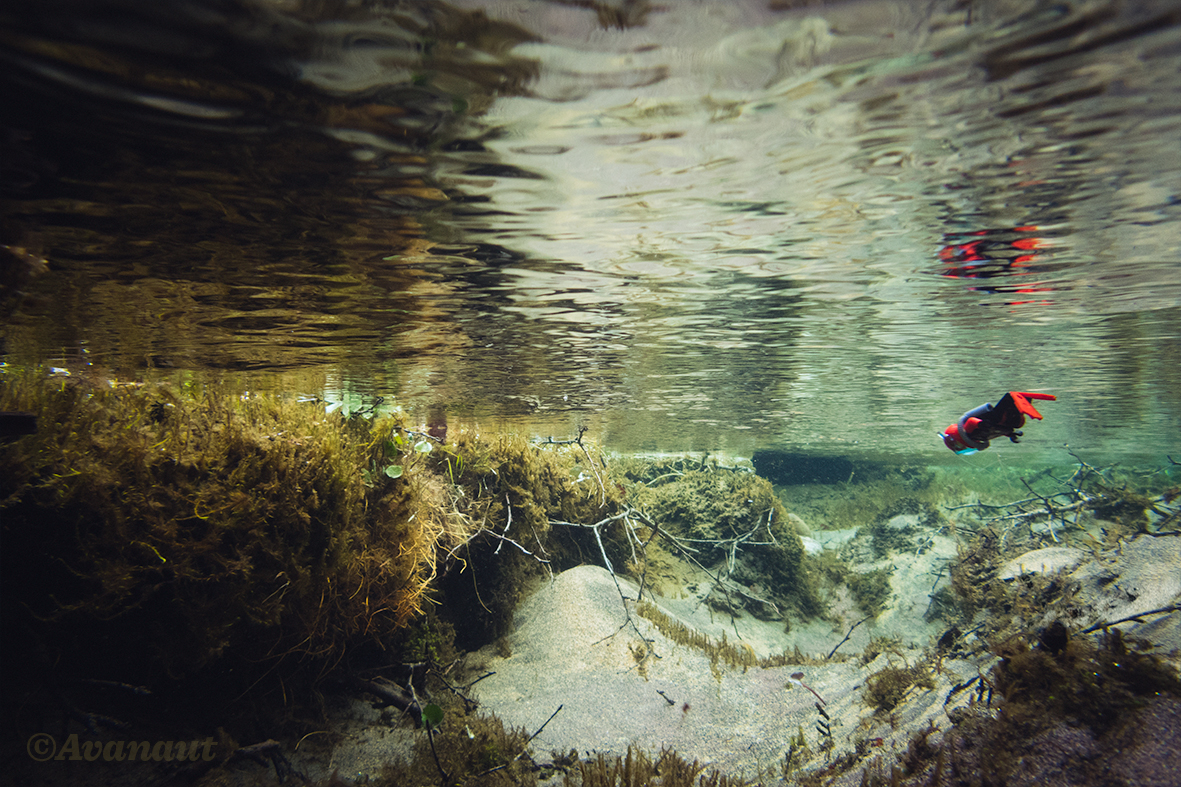 The second trip to Lapland was a success. I didn’t shoot much but I got more hang of how this could work.

Fast forward to this summer. No travels abroad, but I had a week on my own with a camper van in Lapland with photography on the to-do list. I desperately wanted to spend a little time with this idea and actually try to do something with it. I found some wonderful locations and took some nice photos, the northern waters were crystal clear and the worlds under the surface were different in each pool. It’s still a far cry from the potential I see, but I was happy that my ideas working. 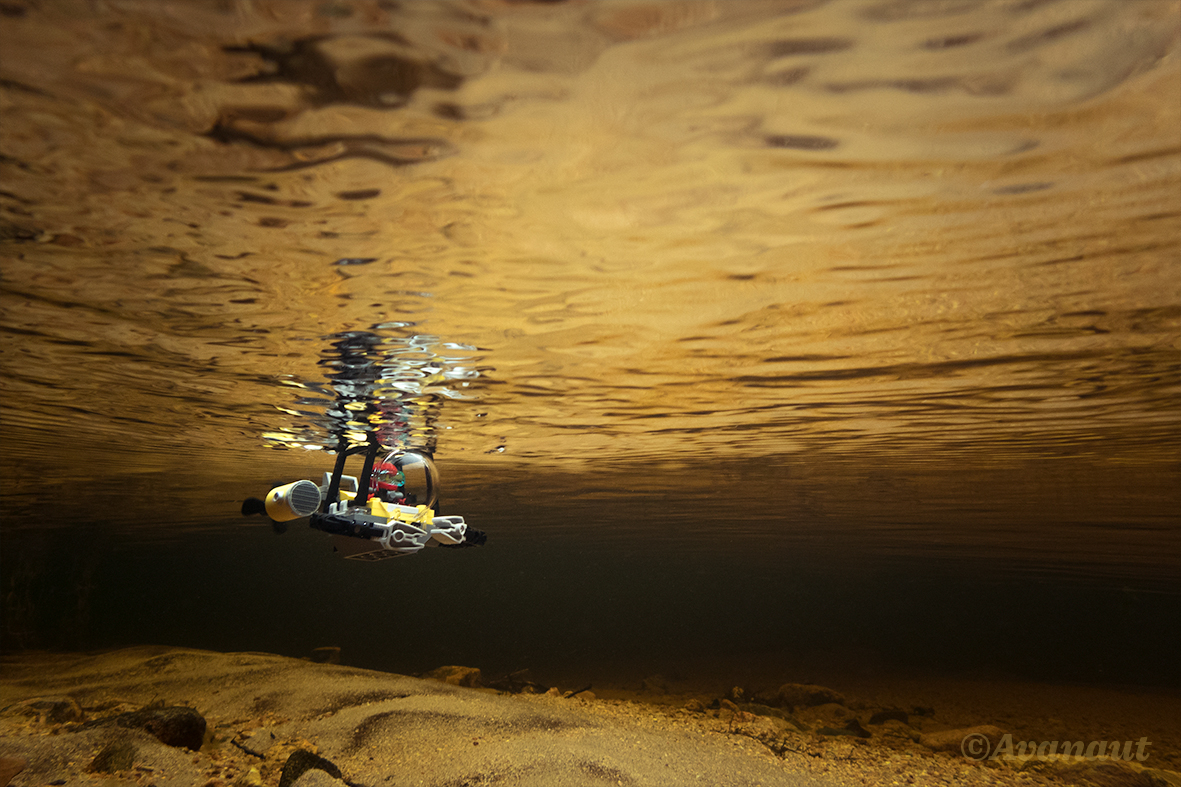 Underwater scenery in unexpected places. This was just a meltwater brook by a road next to a fjell. I did not have to remove anything from the water in edit, it was like glass.

There is something about the way the Lego subs look under the waves I find hilarious, maybe a little crazy too. In the water there’s room around the subject; the views seem to go to infinity; there’s this weird depth. The Lego subject doesn’t feel detached from the surroundings even though they don’t touch anything. They still belong there, they feel like they really interact with the element they’re in. I like that feeling very much.
I have no specific color palette to these images. I’ve experimented with different hues of blues but I haven’t found the exact hue that I’d go for each time. The thing is that each of these should be a little different in colour, at least if photographed in different waters. I’ve discovered the waters are unique to each other in terms of color. 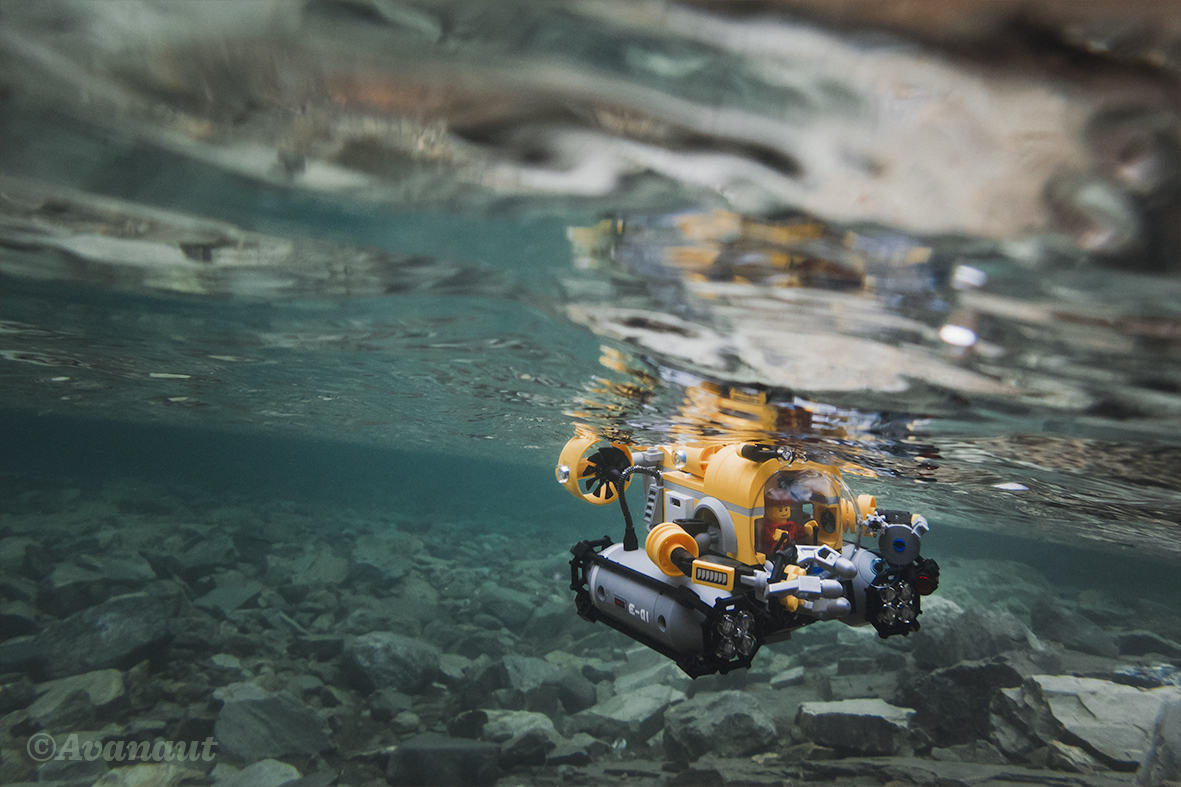 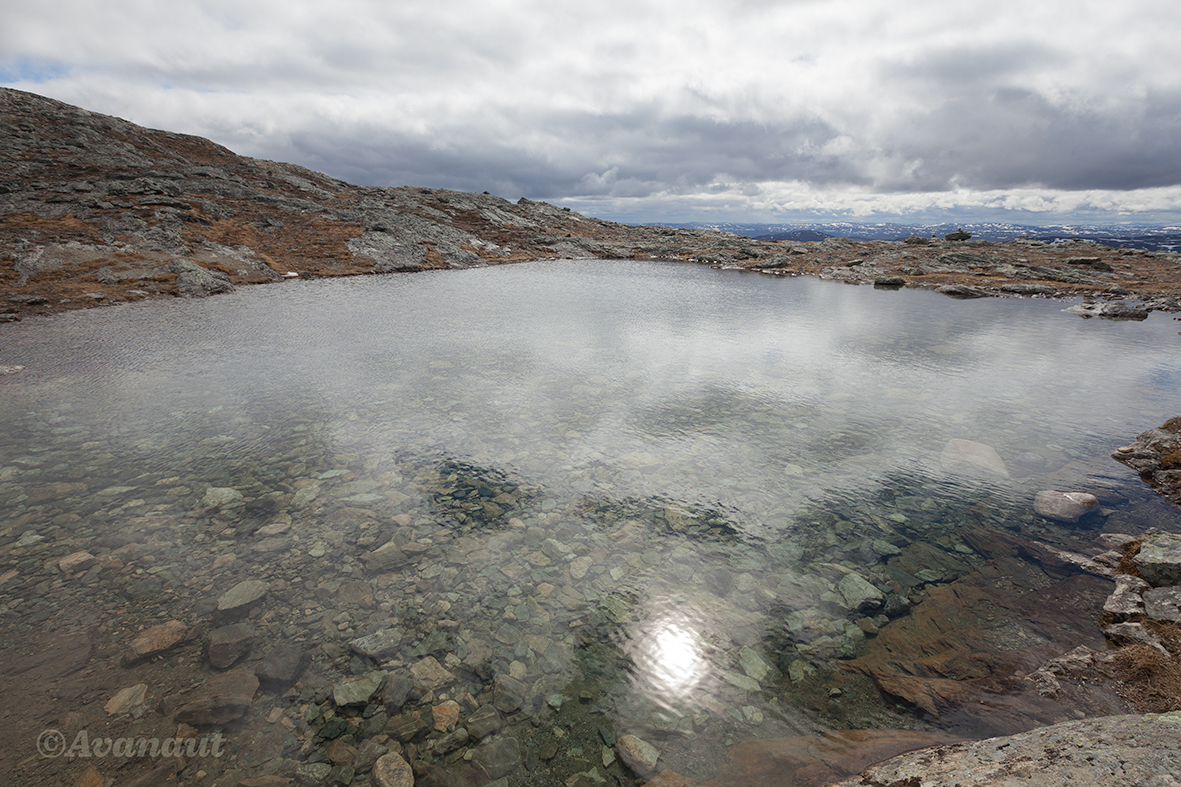 The arctic meltwater pool. Some of the underwater locations I find work best are in unexpected places. I mean, taking a submarine along when going for a hike up to a fjell takes some convincing, even when talking to oneself. That is Sweden on the horizon, by the way, this is right on the border. My only concern is that I fear a Lego set might escape from me while shooting. I do not want any more plastic in the wild-waters when I do this again. Maybe I will have to start gluing the sets together just to make sure. I also spend some time cleaning the sets between trips in an attempt to not carry anything unpleasant with them from one body of water to another.

I’m not done with these yet. There are thousands of pools, lakes, brooks, rivers, seas and oceans out there to explore, I just need to travel a little. When I do, I will most certainly take these items with me, any location with clear waters will do. Unless, of course, the unclear waters make a point, then they’ll do as well. This is very different to my studio work, a welcome change of beat with somewhat unpredictable outcome. Exploration, discovery, just the way I like it. Only, for this I have to actually leave home and do some exploration for real too.
Vesa (Avanaut)
By Avanaut|2018-09-09T20:08:52-07:00September 17, 2018|...of Interest|8 Comments

About the Author: Avanaut