What the heck is the Women’s Brick Initiative? Simply put, it’s an idea born out of the friendship of three women, Alice Finch, Jacqueline Sanchez and myself. Our friendship is based on our mutual respect and our love of all things LEGO. We want to use our friendship and love of the brick to inspire other women and girls to join us and create using all aspects of the LEGO world.

An idea is born

Even though my own path has crossed Alice’s several times, we never had a chance to connect. It wasn’t until we spent extended time together last fall at the opening of LEGO House, that we realized we had more in common than just the brick. Surrounded by some of the world’s greatest LEGO builders at Skaerbaek Fan Weekend, we realized more can be done to bring women into the world of LEGO. Since both Alice and myself tend to be over achievers, we decided we needed to do something about this perceived problem. While we couldn’t solve this problem on a worldwide basis, we certainly could work with our own LEGO obsessed corner of the world.

We decided then and there to include our mutual friend JacQueline into whatever our plans developed into. By including a builder a photographer and a jeweler we could demonstrate that LEGO is a wonderful creative medium, no matter what your creative skills. Our initial idea is to support each other while reaching out to find like-minded individuals.

This past weekend we took our first step into the unknown by participating in the Seattle Mini Maker faire sponsored by the MoPop Museum. With minimal planning we each brought an activity to share with the attendees that would engage them in our particular specialty.  I created a forest and a desert diorama to photograph in with a variety of figures and accessories to play with. Alice created three small builds that could be built and photographed in my small dioramas. While JacQueline (our most experienced member) had a whole set up where she helped kids make LEGO necklaces from bricks as well as cut copper necklaces of their own design.

From opening to closing on both days we fully engaged the patrons of the Maker Faire. It was fun to watch both kids and adults roam from station to station exploring our LEGO worlds. Sure there were plenty of parents who utilized our play stations as glorified baby sitters, but there were plenty of kids who were truly engaged by our activities. It was fun to see kids set up there small scene then run off to find mom or dad to help them photograph their creation. There was also a steady stream of kids bringing there small dinosaurs over to be photographed. And when I would check in on JacQ’s super popular table, I would see many of the same kids I had just worked with now creating a necklace.

Not just for kids!

Because our booth screams LEGO we were a magnet for kids; kids big and small. There were plenty of adults who stopped in to play too! I had many conversations with adults, especially women, who loved the idea of photographing LEGO mini figures.

When I envision my perfect audience it’s women like myself, who live in a house full of LEGO, looking for their own creative expression. Many of the people I talked to fell into this category. But there was also the couple who enjoyed traveling and photographing LEGO together. They just didn’t know it was a “thing”. There was also the couple where she knitted toy dinosaurs and he photographed them getting into trouble. And there were several ‘big kids’ who kept coming back to play again and again. And who can blame them… Legography is fun! 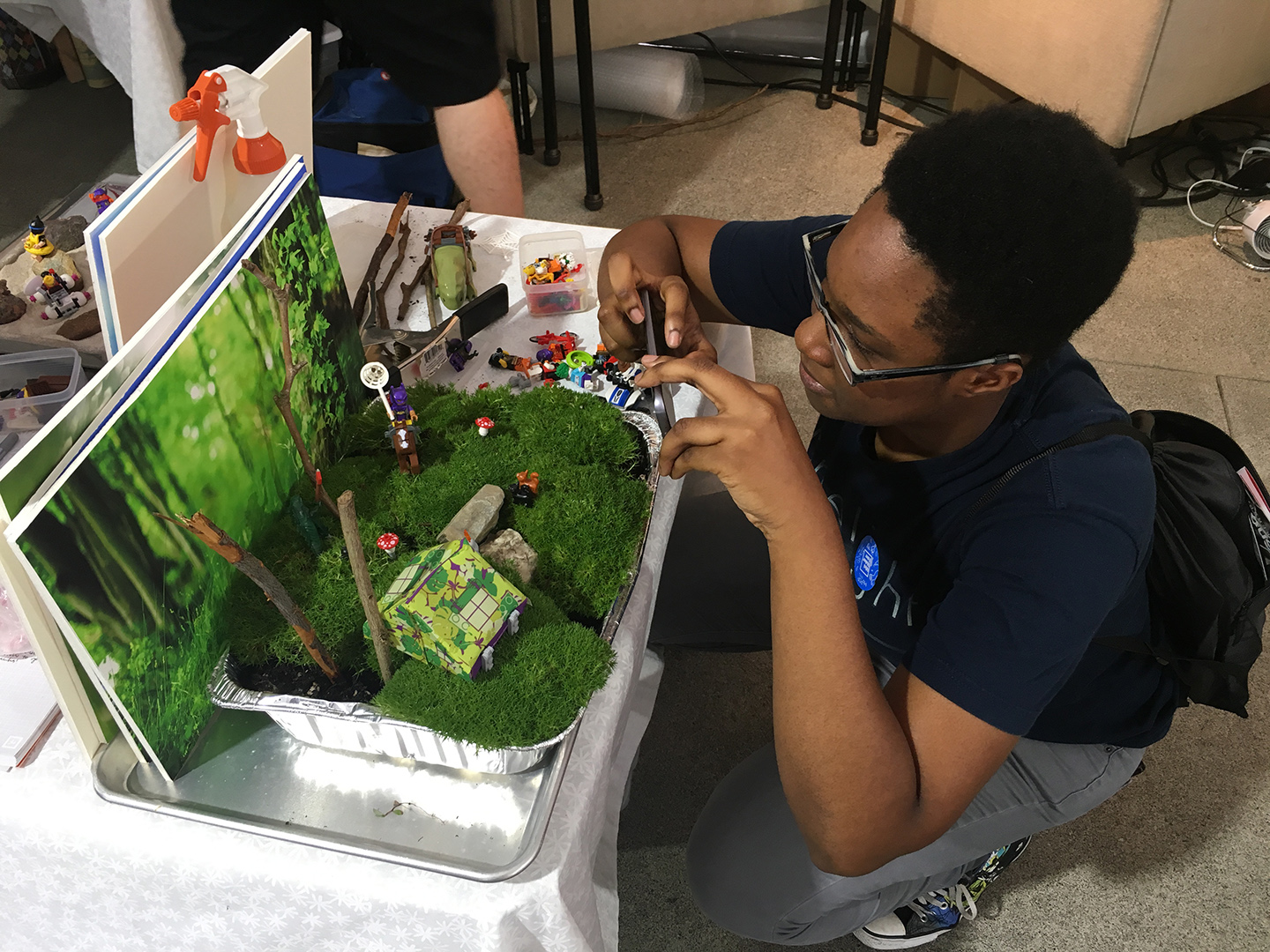 Learning is never one way

It didn’t take long before I was learning as much as I was sharing. Since my kids are older, I’d forgotten how crazy inventive kids are. More than a few times, as I was cleaning up a display readying it for the next participant, I would make a mental note of a particularly creative set up.

A partial list of potential photo ideas stolen from children:

In the future I may even bring along my camera and take a few photos to document the crazy set ups I saw. Of course they all weren’t winners. There were plenty of set-ups I can only describe as ‘everything but the kitchen sink’! 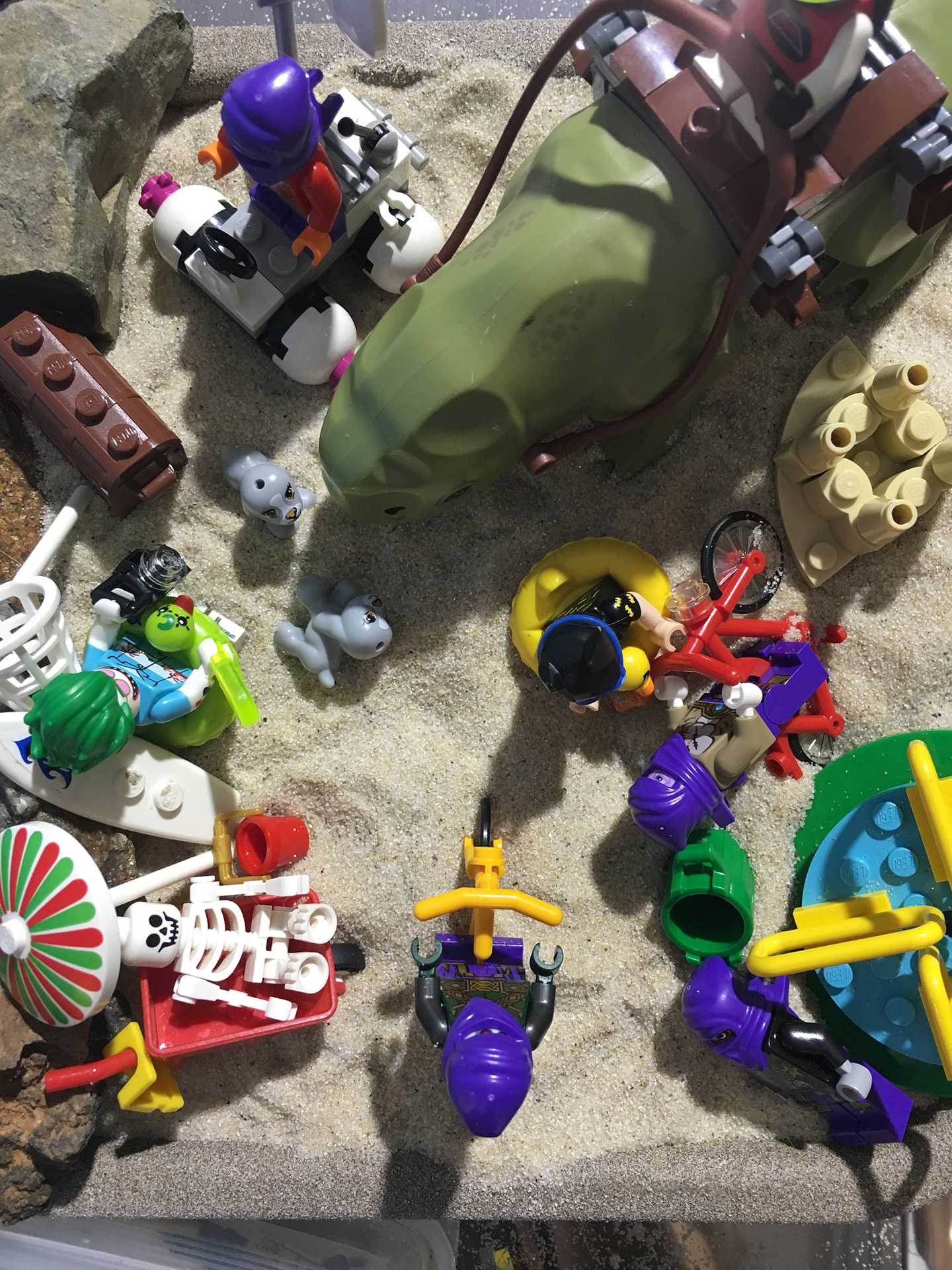 Everything but the kitchen sink!

My biggest regret was not getting around more and talking to other vendors. Luckily JacQ is the curious friendly type and chatted up our neighbor to the South, SoundBio Labs. SoundBio Labs is a Seattle non-profit which provides access to biotechnology to students and science enthusiasts to work. Think maker-space for science experiments and exploration. How cool is that! How does this relate to photography you’re asking? Well they were selling a small clip on lens kit that will turn any phone into a hand held microscope…or camera. JacQ gifted me one and I have to say I’ve been having fun playing with this cool new toy. 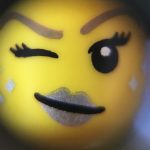 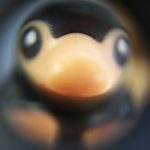 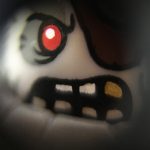 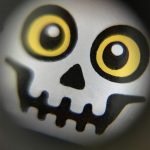 My other great find of the weekend was from my friend and co conspirator Alice. Alice’s son, Thorin, designed a line of dragons based on the books: How to Train Your Dragon. How could I resist a Night Fury? 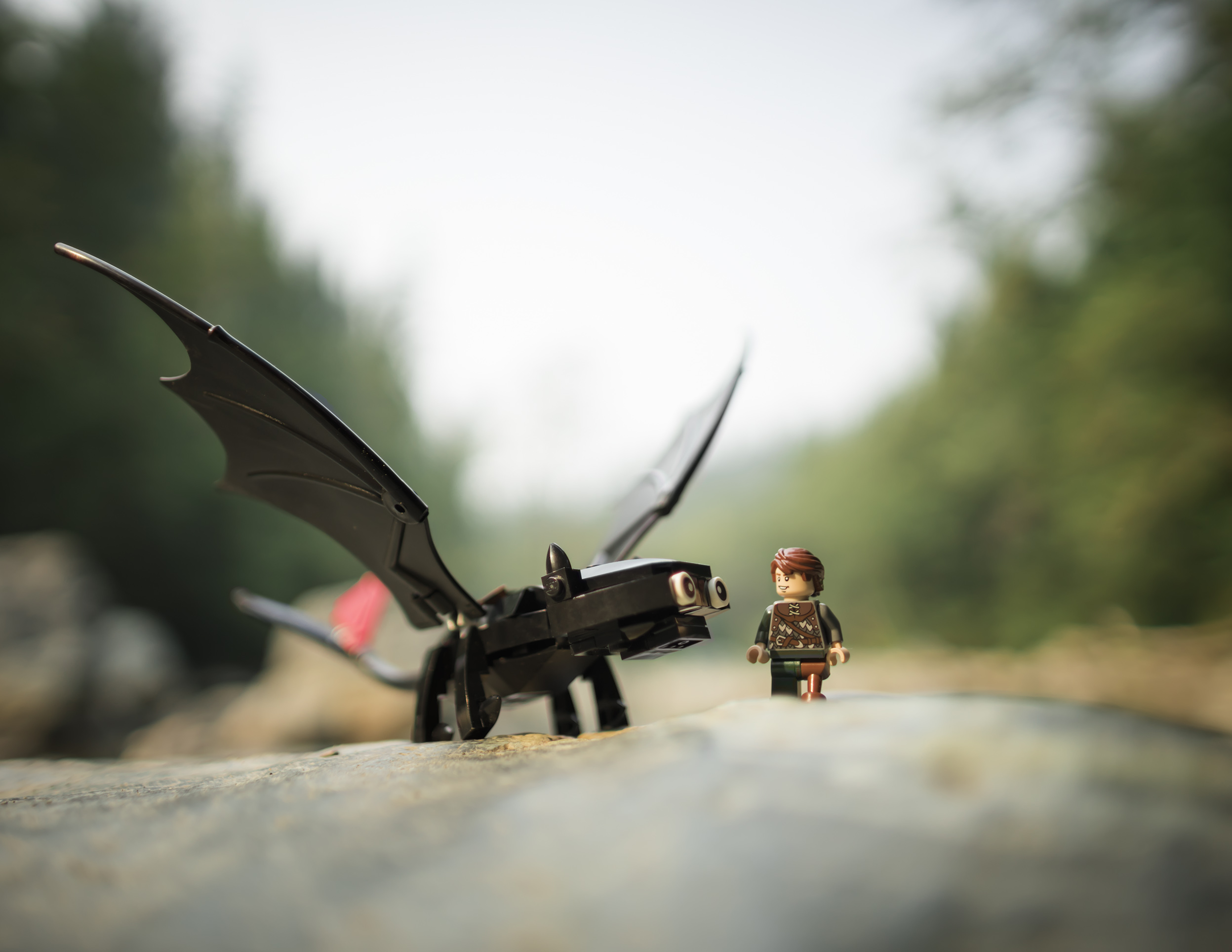 Sure the weekend was exhausting. But honestly, when I applied for the Maker Faire, I had no idea that I would learn so much and come away so energized!

While we still don’t know entirely what the Women’s Brick Initiative is, it was well received. We made lots of new friends, we each had a few sales and we signed up some pretty enthusiastic fans. We learned there are plenty of adults and women who are interested in what we’re doing. It seems there are many organizations that would love to have energetic people stop by with LEGO and engage in creative play with their audience. It seems will have no trouble finding our next play location.

While we let the dust settle, we have already begun making plans for our next step. So keep an eye out for the women’s Brick Initiative…we may be coming to an event near you!

Have you ever put yourself out there and shared your love of toy photography? If you have let us know how it went? If your curious to learn more about how to share your love of Legography stay tuned to Monday. Marco will be sharing his own experiences exhibiting.