How a toy photographer prepares to become a father (again)

This is what my wife and I told each other before deciding to have a second child.
With the first it was not a walk in the park, in the early times we were counting the few hours of sleep, remembering the good old days.

Three years later, before losing the habit of nocturnal alarms, we thought it was the right time to enlarge the family.

The belly has grown well!
Watching it I could not help but think about how I could “honor it” in the best way i know: pictures.

Why don’t we do a social experiment? Let’s do it together!

Take a pen and paper and try to write at least three ideas that come to mind having the belly as the main subject.

I know you did not do it and you read it right up to here, but that’s ok.

I thought of the roundness as the main feature, and what it might have looked like from different angles.
Obviously a hot air balloon: it’s almost natural! 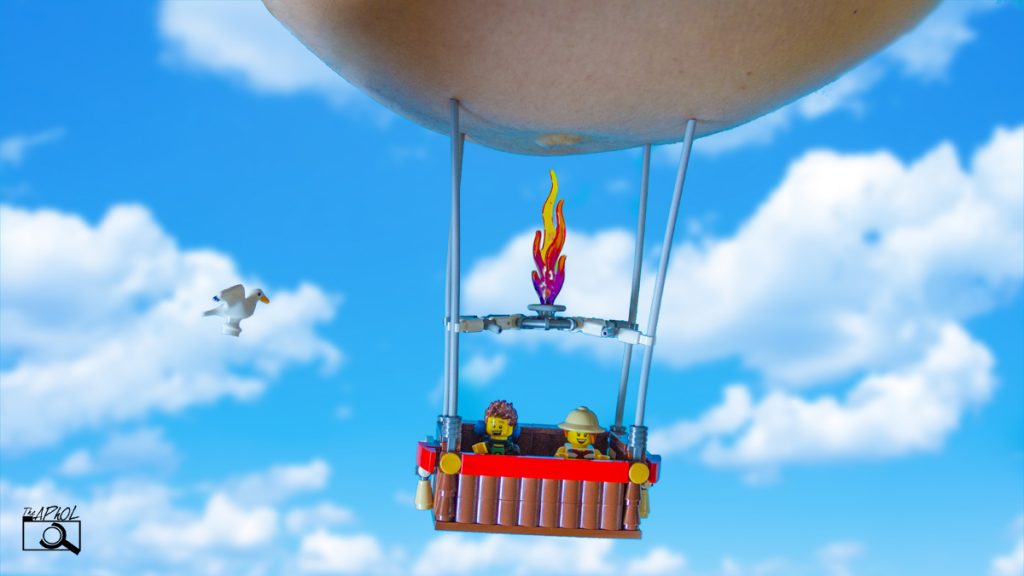 It could also be inflated like a big balloon, who knows how the minifigures would react?

If turned, it looks like a hillock, maybe with a couple of minifigures doing a picnic.
Or better, while riding a bicycle, in order to make the scene more dynamic. 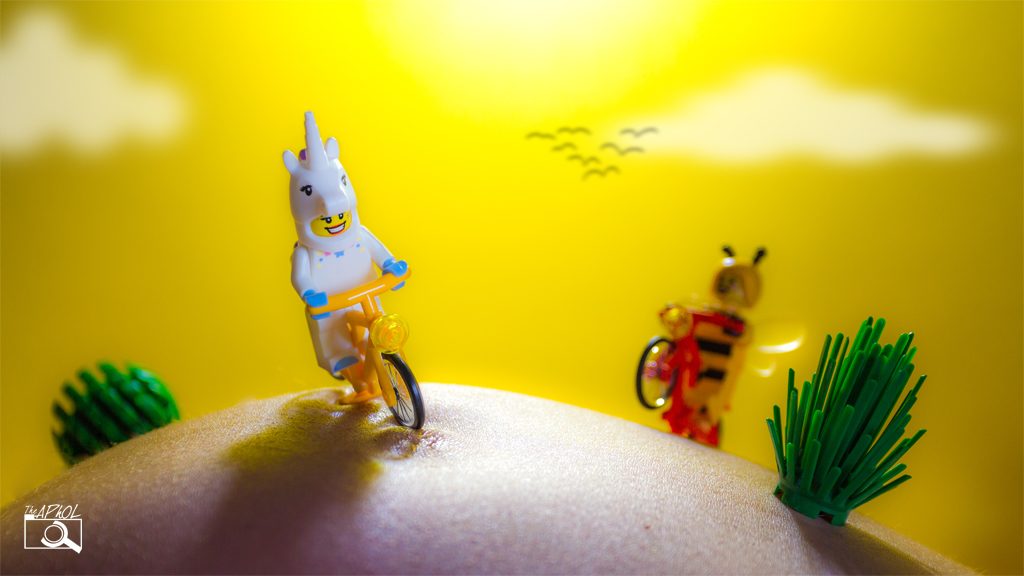 Or something that “emerges” from something else, since it stick out so much.
Like a desert island.
Here it is, I put a beautiful palm, a blue sheet and here’s the new atoll. 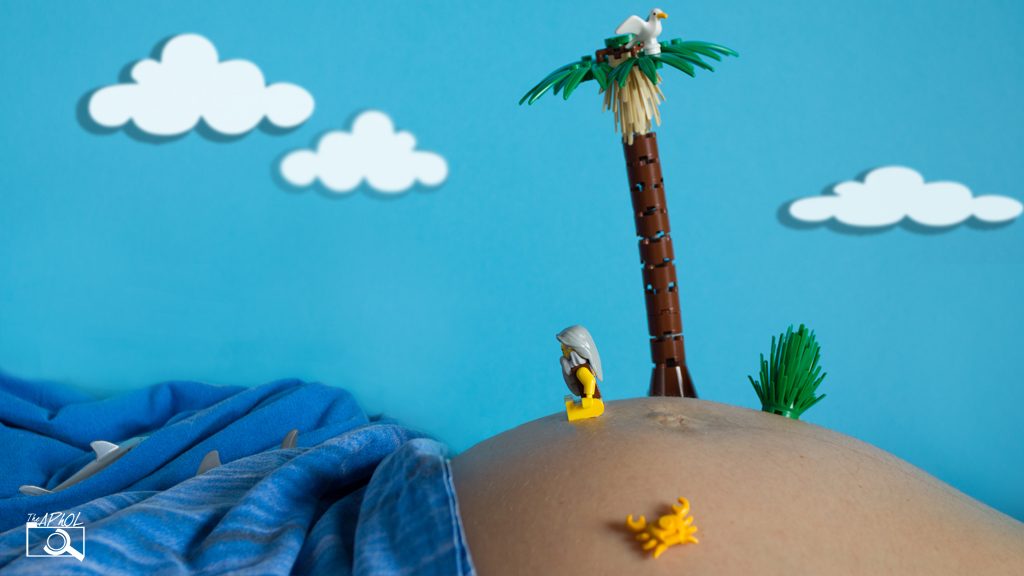 I also thought of others that I have not implemented (bouncing, navel-well, mountain to climb, sunset on the sea, “death star” …), but in a short time I had generated a series of ideas that would become photographs, memories to give to the next generation.

Fortunately, my wife was more than collaborative, she also gave me precious suggestions and armed herself with so much patience to endure my moments of discouragement:

Once the photos were captured, I thought that some sort of “closure” of this path was missing.

We all know how it was going to end, it seemed right to immortalize it in some way, and so it occurred to me that the new arrival could symbolically come out directly from a door on the belly, wrapped in light (and a bit of scenic smoke), with her new family ready to welcome her.

And so it was. 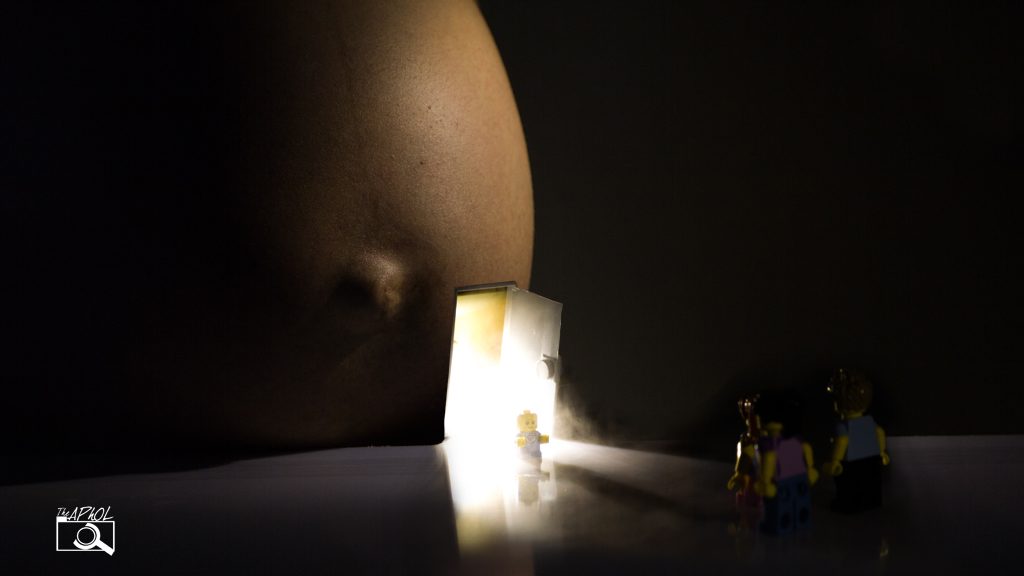