“You have to out-create the destruction – it’s the only way.”

It was a fluke, really, this whole photographing LEGO Minifigures thing. You see, I didn’t know what I was doing. But I started putting a LEGO stormtrooper in my pocket before leaving the house every day. I named him Larry.

The funny thing about Larry is that he’s a stormtrooper, right? He’s a soldier so he doesn’t show emotion and he’s part of the Empire, the bad guys. Except I gave Larry a backstory. He’s no longer in the employ of the Imperials. Sometimes the perceived bad guys are just in a bad situation, but they can break out of it. They can question authority and think for themselves. Once Larry understood the ideals of the Empire, he chose not to be a part of that. He chose to get out. So he defected and now he has this heavy heart, holding a piece of himself close: that beam of a stray light, that filament of a spark that no one can douse. 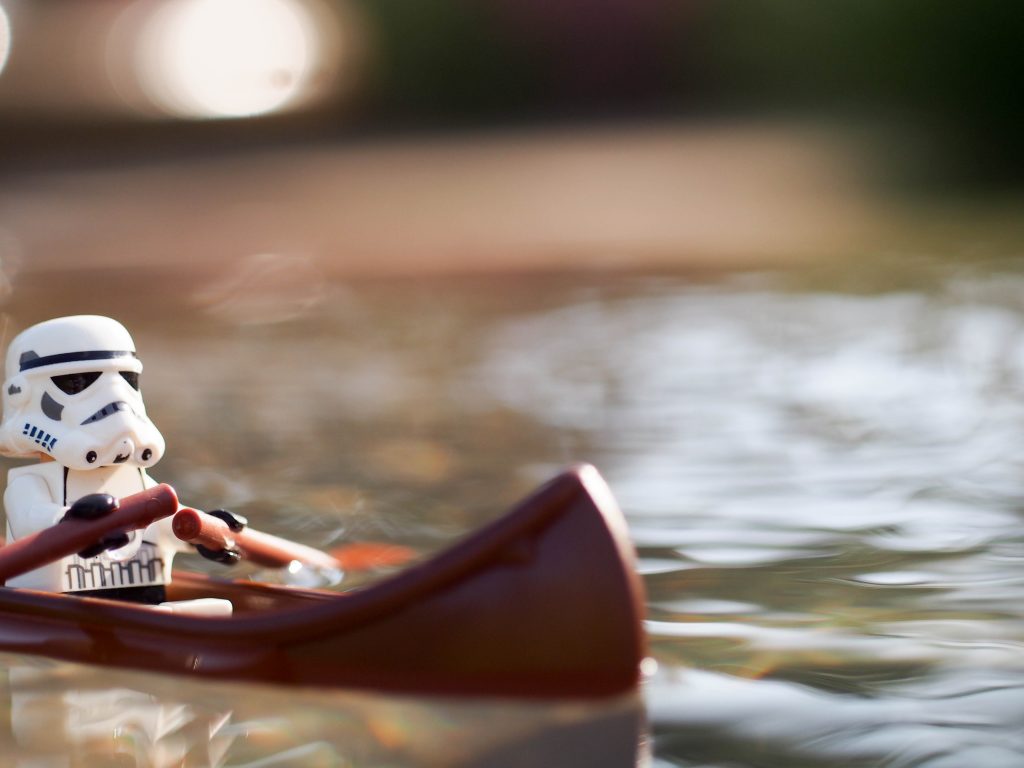 “Your mind has been divided from your soul/Now you say you are that stranger on your shore” – Reindeer King, Tori Amos

Once he started traveling with me, I’d take him out and sit him on my desk at work. He became my work guardian. He got into all sorts of trouble, like using various computer wires as a swinging gym of sorts, while I was delving deep into data architecture. He wasn’t the best worker and I would often catch him with his blaster lying by his side and a coffee cup in his hand instead. He would even venture to take off his helmet on occasion, while I was toiling away staring at the computer screen writing code. Truth be told, he had a bit of a bad attitude. I mean it was a workplace, I can’t blame him, and coding requirements can be so fickle. But, he was finally coming out of his shell, his armor, his displacement in the world. 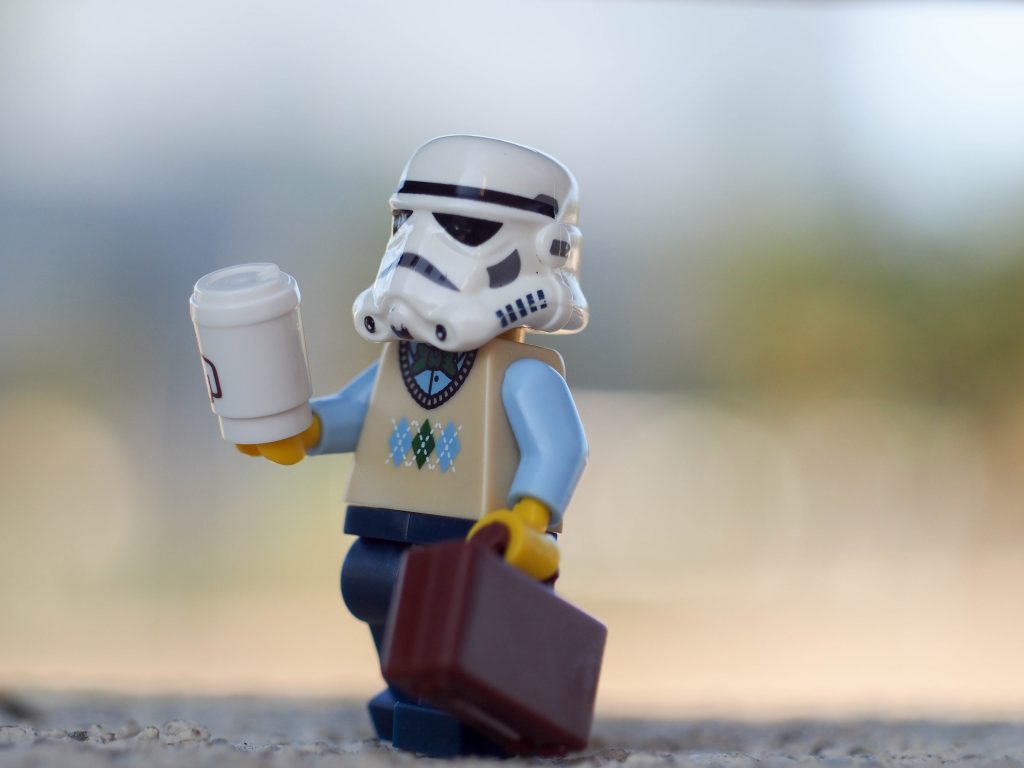 This isn’t my order. I asked for a triple cap, nonfat, one-pump, no-whip, mocha…with a shot of vanilla.

So I decided to take him out more often, to better places. Like the streets of Santa Monica and the private gardens of my neighbors’ houses. No one was bothered…much. Well, except that one woman who came out of her house to make sure I wasn’t stealing something. Or that coffee shop guy who wondered why I was putting a LEGO Minifigure in a succulent plant and taking a photo of it. Okay, so we got some weird looks, Larry and I. 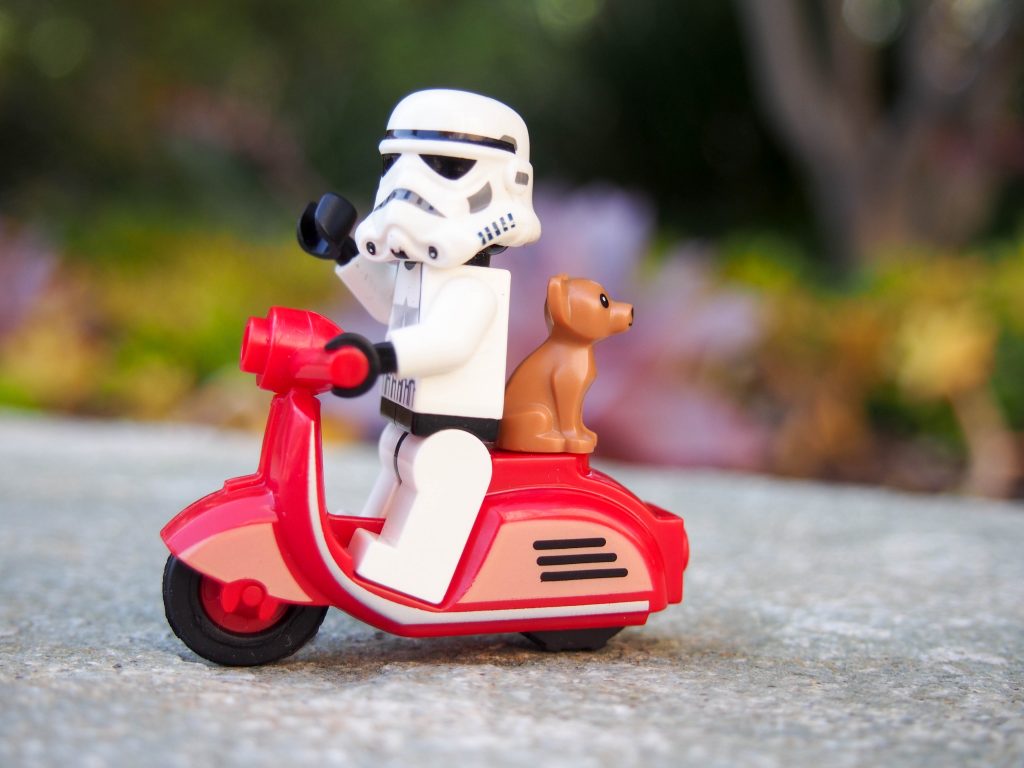 But it was fun. I would have these little conversations with my stormtrooper and translate them into photos. He’s a deep thinker, Larry. Maybe you didn’t know that about him. He’s concerned with climate change, immigration, healthcare, gun control, women’s rights, and well, ice cream. But beneath his tough armor and stoic behavior, the little guy is also a bit of a jokester (I refer you to the computer wires above). 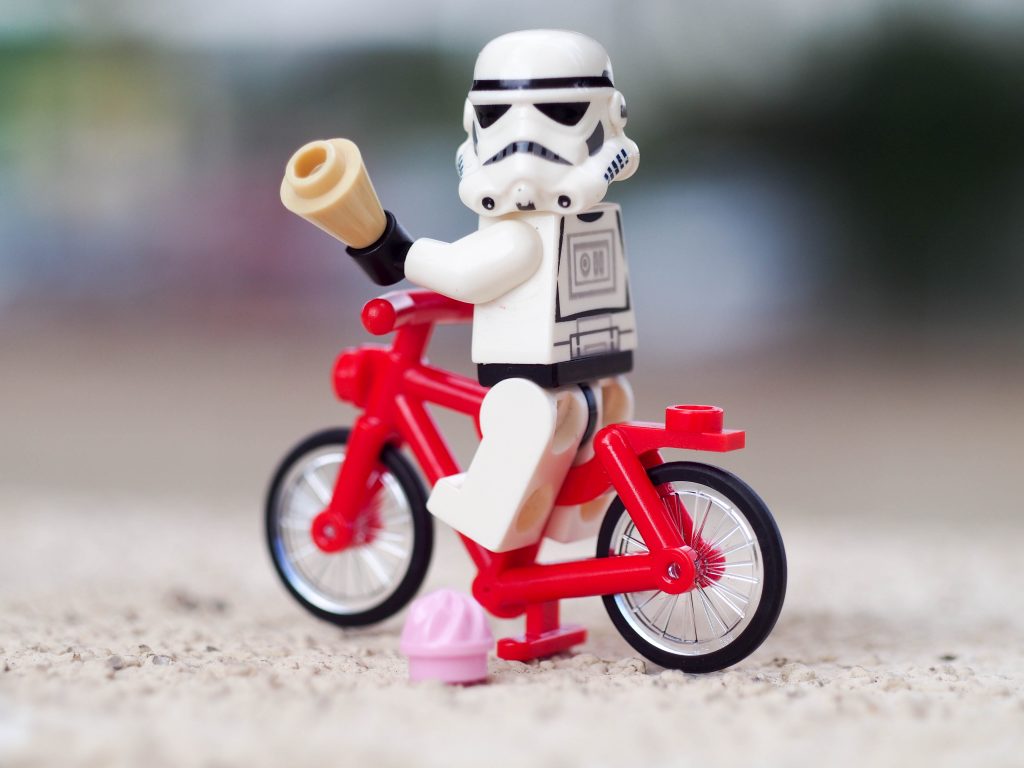 Okay, so Larry might be me (Sans Imperials-I’ve always been a rebel; just ask my parents!): an extension of myself I can add into the world at various heights and locales, and unburden my worries, wants, and waning heart. I photograph Minifigures because I need to make sense of the current state of the world while also keeping myself sane. Having a defected stormtrooper by your side helps ground you. He lets me know I can make a transformation, I can combat hate in this all too encompassing atmosphere of a rising imperial regime. Art makes a difference.

Besides, what else am I going to do with all of these LEGO Minifigures? 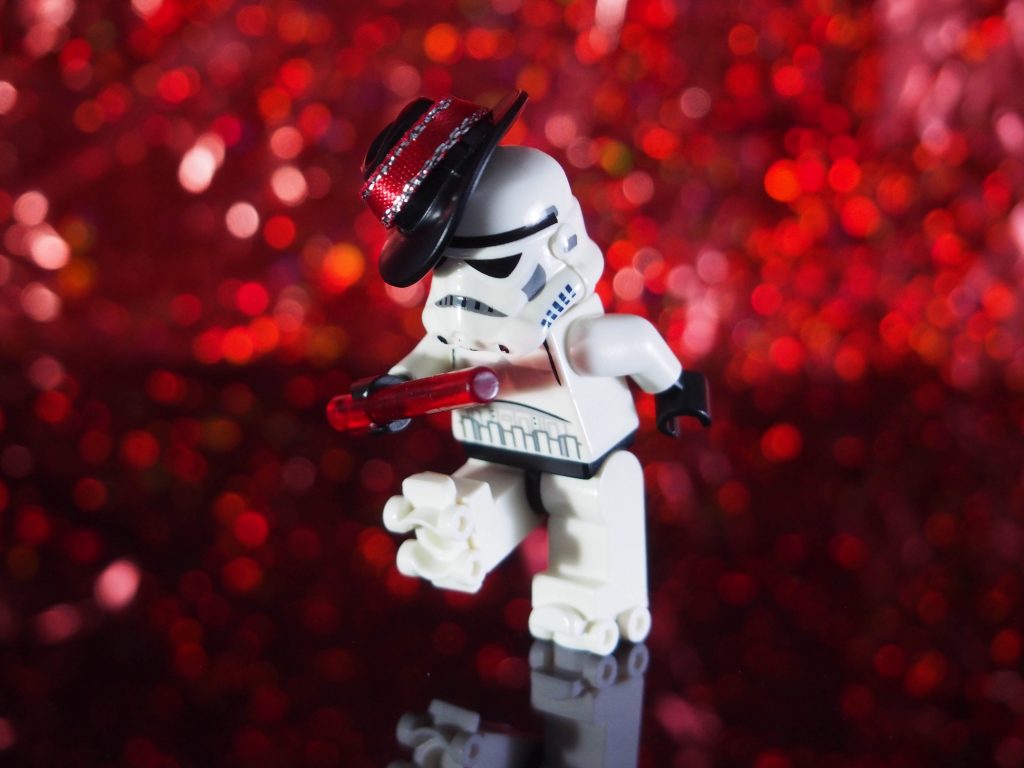 About the Author: Julie Blair