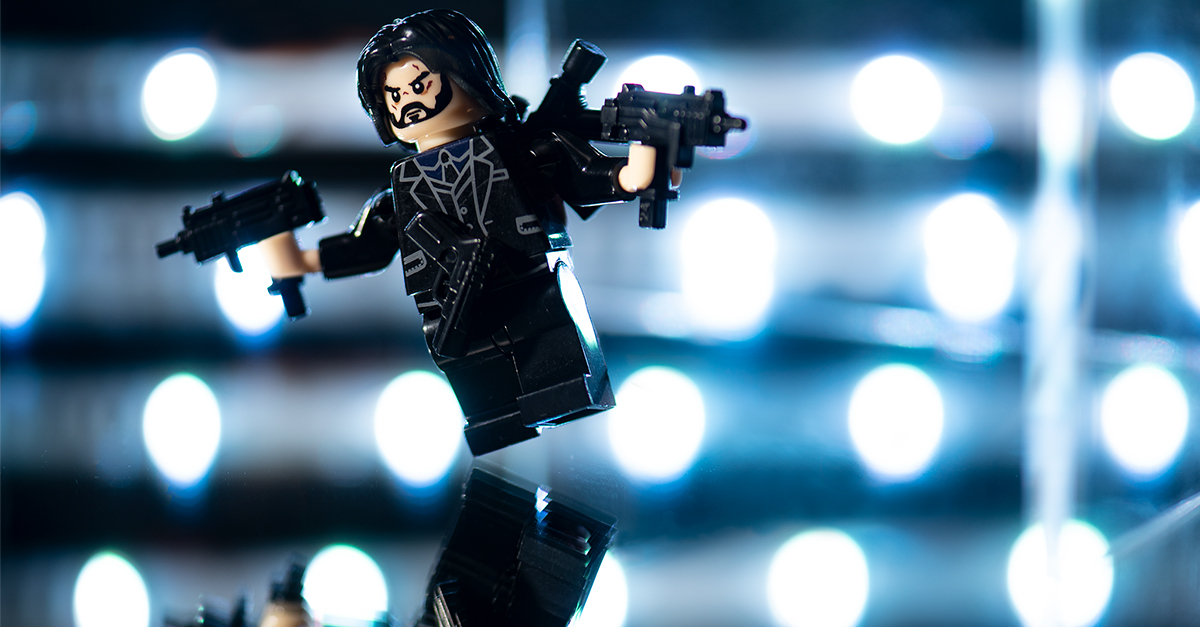 I am big Keanu Reeves fan and I love dogs, so I’ve watched the John Wick movies a couple of times. When I saw Secret Toys had created a minifigure of the legendary assassin I had to get it and capture a quick six images over Memorial Day weekend.

Never mess with an assassin or his puppy.

“Well, John wasn’t exactly ‘The Boogeyman.’ He was the one sent to kill the f**kin’ boogeyman.”

If you mess with his puppy he will be coming for you.

“A fourteen million dollar bounty on his head, and every interested party in the city wants a piece of it, I’d say the odds are about even.”

The odds are actually in John Wick’s favor, always.

“John will come for you and you will do nothing, because you can’t do nothing.”

And then all the bad people are gone and it’s just John and his dogs. Until the next movie comes out at least.