The first LEGO I remember playing with was a dusty shoebox full of hand-me-down bricks that were colored either white or red. There was nothing as fancy as a hinge or even a plate in the mix. It was just classic 2 x 2 and 2 x 4 bricks, along with a few scattered 2 x 10 pieces that seemed massive by comparison. These LEGO bricks really were just bricks in the most humble sense of the word. I stirred the white and red pieces with my hand, creating the churning storm-like sound of plastic against plastic for the first time.

Spilling those bricks onto the floor was the Big Bang of my young creative life. The scattered pieces revealed their potential as the building blocks for new universes. I was a child, but with LEGO I was also a creator of worlds. They were small blocky worlds rendered in red and white, to be sure, but worlds I could be immersed in just as keenly as the real one. In those days I would make an airplane using 2 bricks. The sky was not the limit. 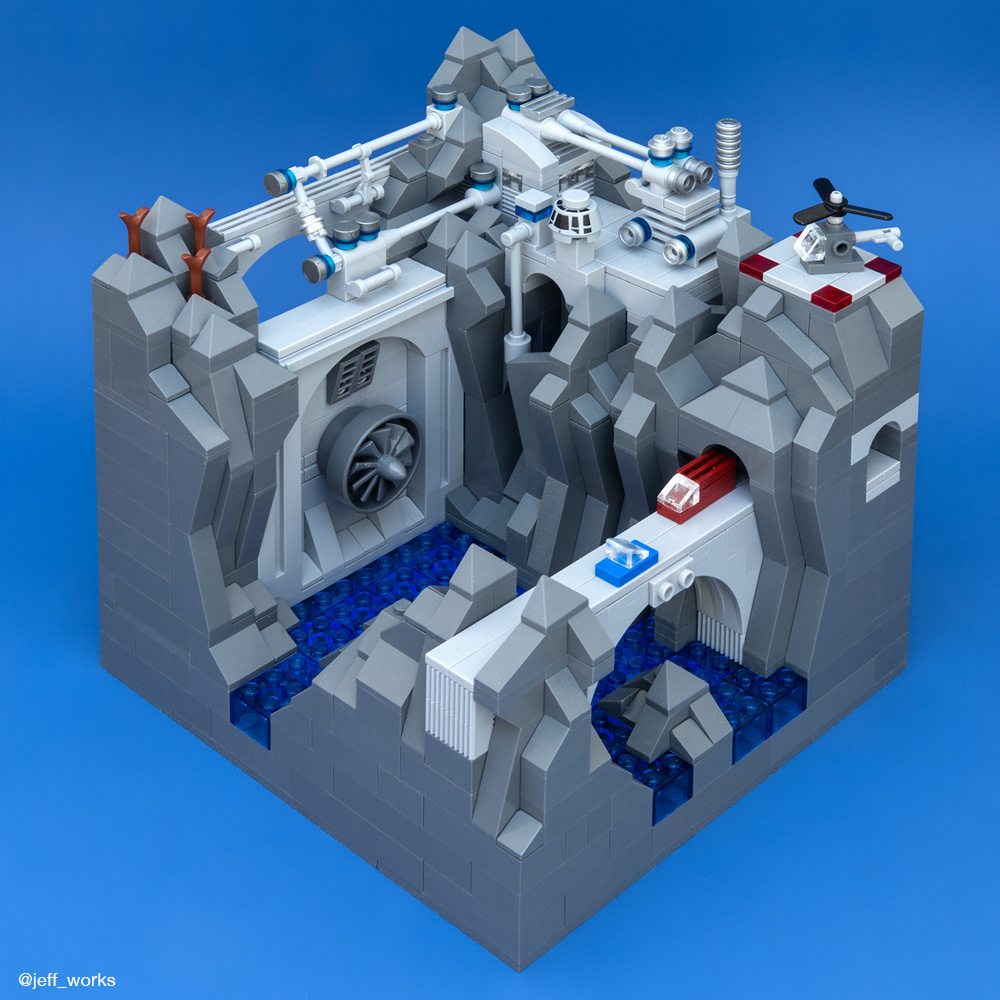 It’s a cliché that many adults will look at children playing with LEGO and make a remark about the kids becoming architects, but for many builders—especially kids—design and construction is just the first phase of a LEGO session. After a build is complete a new set of more abstract skills comes into play: the skills needed for story crafting. 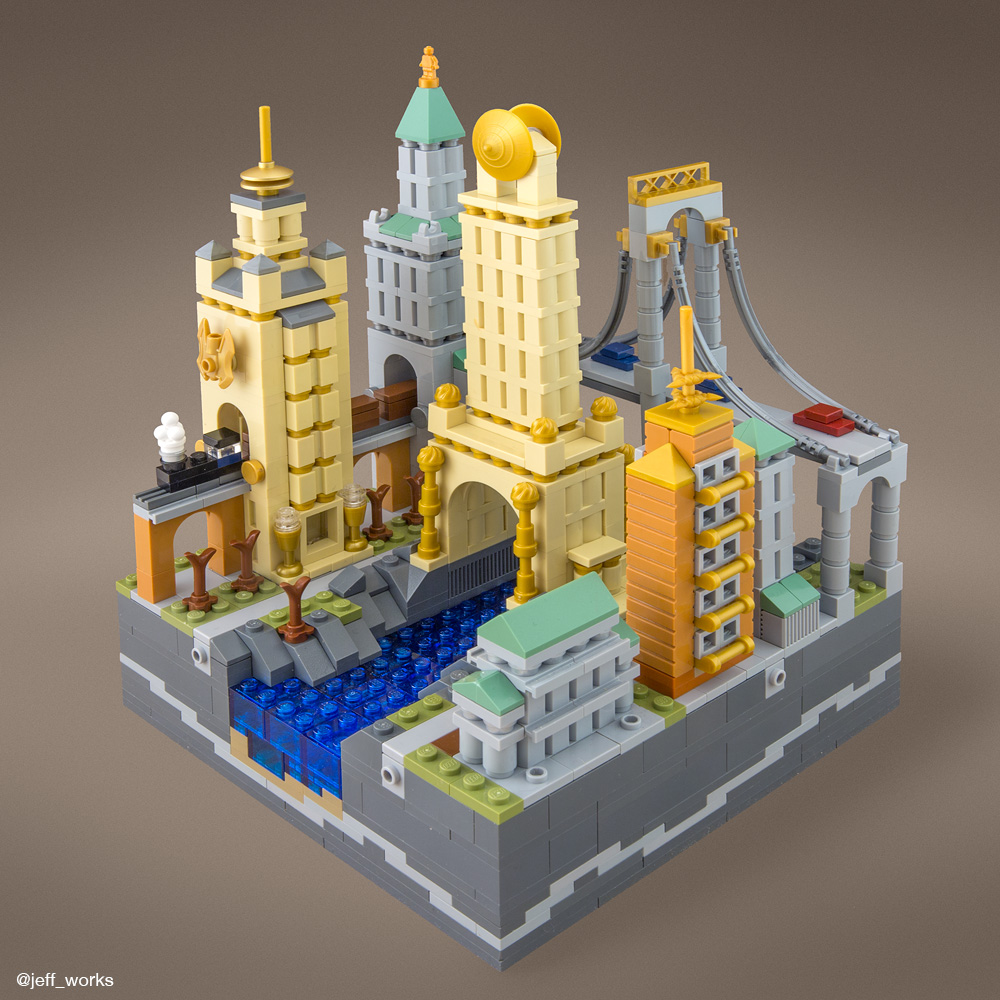 Everyone knows that LEGO lets you build your own physical creations, but it is sometimes overlooked that LEGO lets you build your own stories as well. When the architecture of a build is complete you bring it to life by borrowing from most of the jobs involved in movie making, from casting to screenplay writing to set designing to directing to acting. Kids combine all of these abilities and know it simply as playing. One of my favorite quotes is: “A child loves his play, not because it’s easy, but because it’s hard.”

For me the play phase of a LEGO build has transformed from playing out classic space dramas with pew-pew laser sounds to professional photography of an original build. It feels like play because it’s hard but in an indefinably fun way. You know you’re playing when time disappears, and reentering the normal world is slightly jarring. 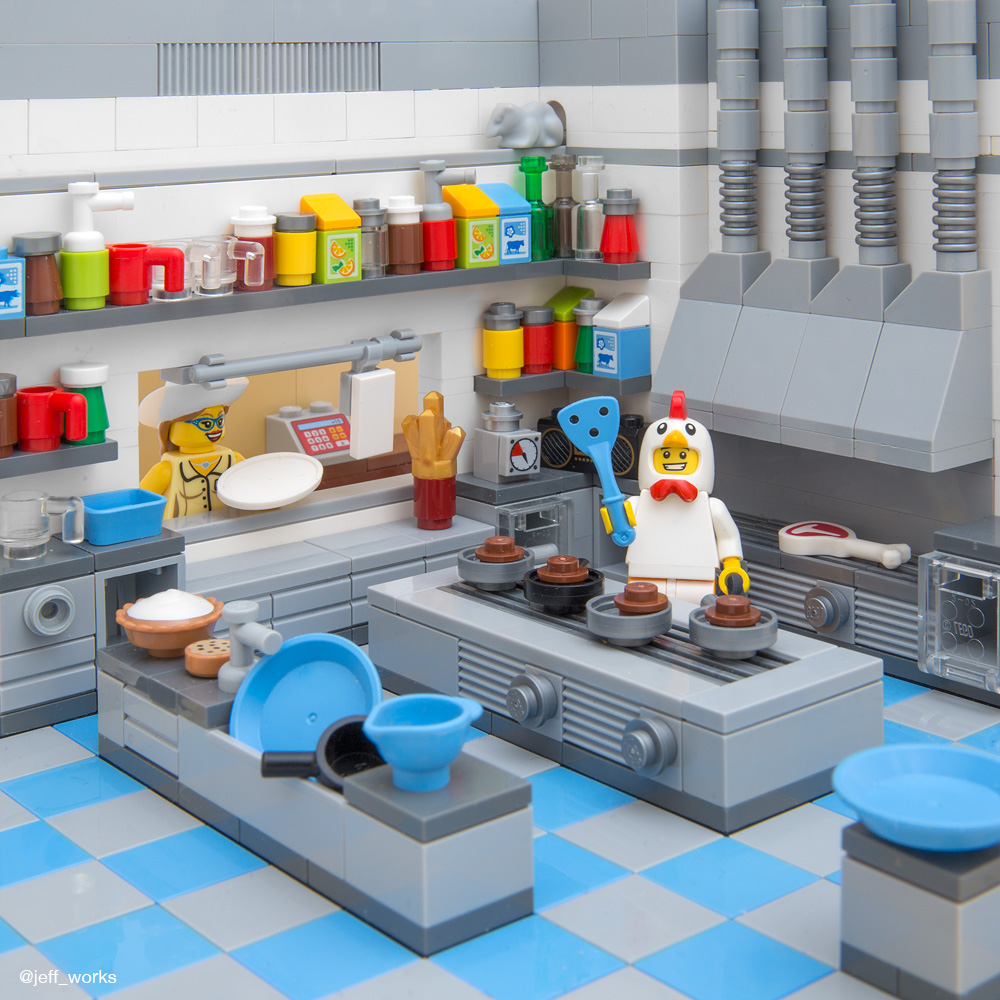 Why photograph LEGO? That’s easy. LEGO photography lets me photograph any subject imaginable on a tabletop strewn with pieces of plastic. I can make a garden or a cityscape or a sushi restaurant, and amazingly, pieces of each find their way into the other. Sifting through LEGO bricks always reminds me of travel, but instead of new sites coming into view it’s new ideas entering the mind. There is always more to explore. 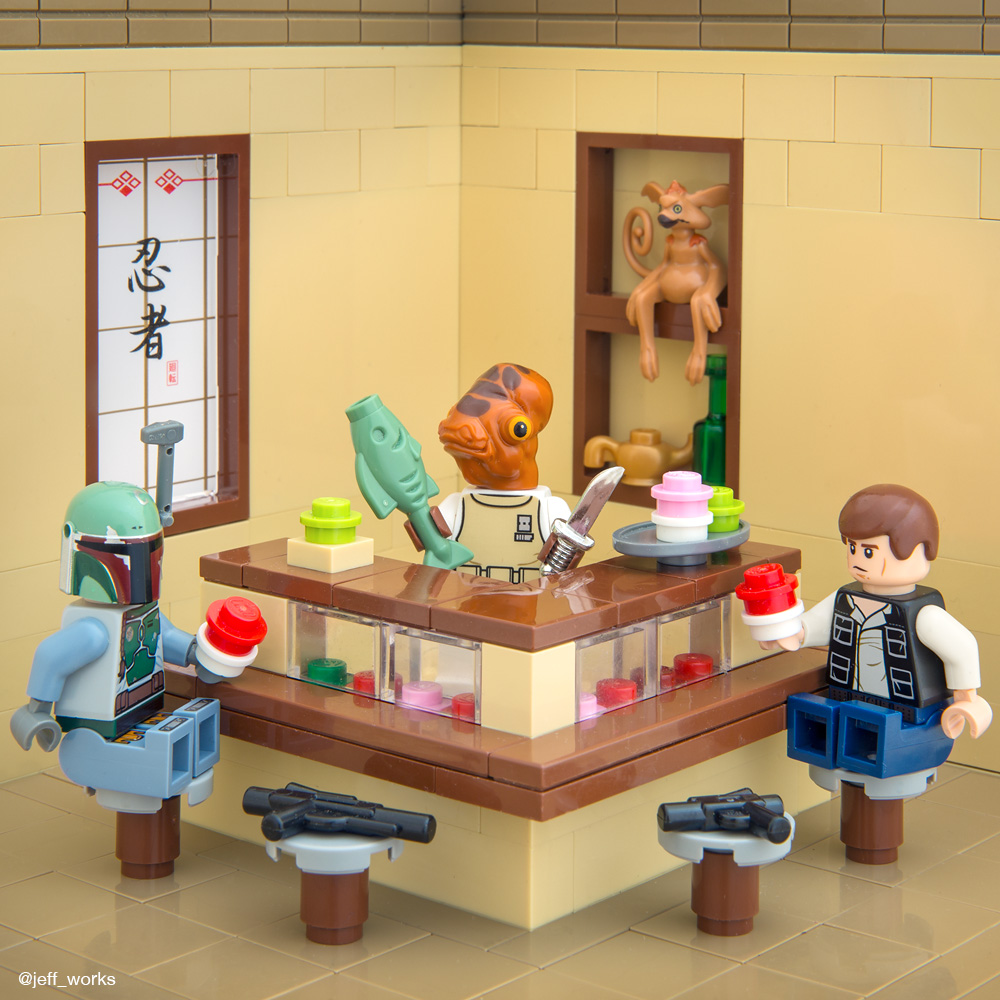 Jeff’s amazing LEGO photography can be found on Instagram @jeff_works. You can also check out his other work, including the wonderful “Ghost Train Crossing Canada” and the incredible “Diorama” photographs at http://www.jeff-friesen.com/

About the Author: Jeff Friesen